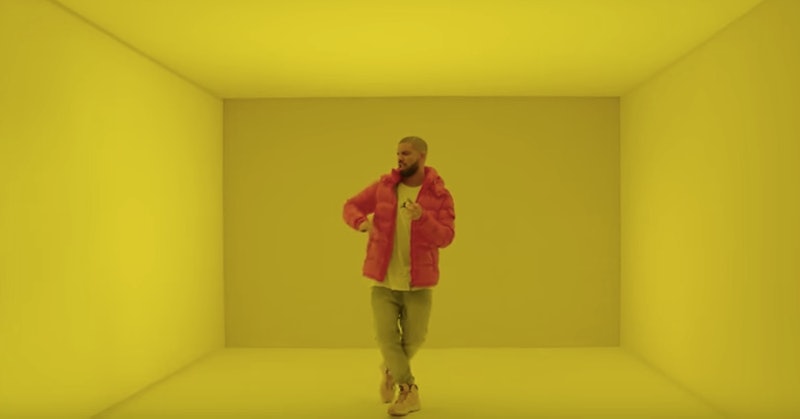 The holiday season has a way of taking over every facet of your life — whether you celebrate Christmas or not. But if you're one of those people who has finished all possible Christmas and New Year's Eve chores, here are some entertainment-themed things to do if you're bored. While I'm never ready for Christmas until New Year's Eve, I know that the organized people out there in the world who have days off around the holidays may be twiddling their thumbs (which are already painted elaborately for Christmas), looking for something to occupy their time until the next holiday party starts.

If you're more like me, even if you're overwhelmed with holiday tasks, you can still be bored. There may be a million things that you should be doing to prepare for impending holidays, but none that you feel like doing. If that's the case, this list will also help you procrastinate wrapping Christmas presents, making a dessert for Christmas Eve celebrations, or planning New Year's Eve. And if you don't celebrate Christmas and are annoyed that many of your friends have holiday plans, you can also find secular solace in the world of entertainment. So, if the end of your 2015 just feels boring, check out these nine suggestions.

1. Catch Up On Serial

If you didn't listen to the first season of Serial, the full Season 1 of the podcast is available. And if you're already a fan, the third episode of Season 2 came out on Dec. 24.

Since it's Christmas, you've got the pick of the litter when it comes to finding a TV marathon — you won't just have to rely on searching for old episodes of Law & Order: SVU.

Once Christmas is done, New Year's Eve will be here before you know it. If you've got all your Christmas plans on lockdown, get prepped for next week by creating a playlist of all the best songs from 2015. Unfortunately, I don't think Adele's "Hello" should be included unless you want everyone sobbing at your party.

4. Read Why Not Me? Or Modern Romance

These books written by two of the funniest people to ever grace TV were released in 2015. If you haven't gotten a chance to check them out yet, occupy your time by reading Mindy Kaling's Why Not Me? or Aziz Ansari's Modern Romance. And once you're finished those, you can watch their shows — The Mindy Project on Hulu and Master of None on Netflix.

Whether you've seen The Force Awakens yet doesn't really matter for you to have your own marathon of the six first Star Wars films. Either watch them in chronological order or in the order they were released and you won't be bored until far, far away from now. Then head to the movie theater to see The Force Awakens for the first or twentieth time.

Awards season is upon us, which means that most of the buzzworthy movies are being released before the year is up. With Joy, The Revenant, The Hateful Eight, and Concussion all being released on Dec. 25, you'll need to prioritize how you're going to see these films.

Speaking of Joy, whenever Jennifer Lawrence has a new film, she goes on the late-night circuit and proves again why she's the number one celebrity that people want to be friends with. Since she admitted to a bong hit before the Oscars and kissing her The Hunger Games costar Liam Hemsworth on Watch What Happens Live on Dec. 21, go seek out all of the late-night show clips featuring J. Law's interviews that you can find.

Gwen Stefani and Gavin Rossdale? Jennifer Garner and Ben Affleck? This year was tough when it came to celebrity couple breakups and now is your time to mourn accordingly.

Still desperate for some entertainment? The world of Twitter is here for you since #IShouldBeWrappingPresentsBut is trending this Christmas Eve. If you need inspiration, you can see what over 20,000 people are occupying their time with instead of wrapping their Christmas presents — or just keep yourself busy reading all of the tweets.

Keep busy with these nine things until the end of 2015 and here's hoping you have a happy, healthy, and much-less-boring 2016.