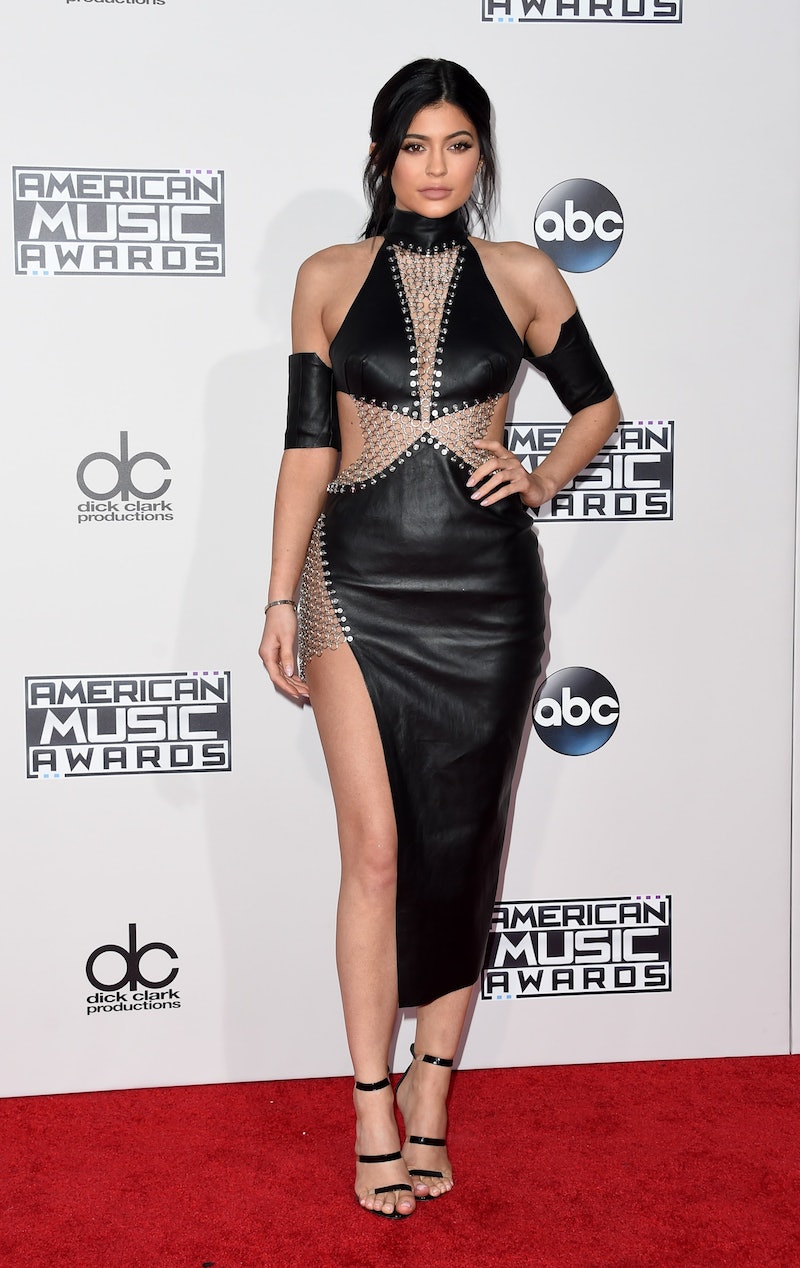 Much of the Internet has been abuzz about the concept of "Sanity" this week. That's because Kylie Jenner got a red hip tattoo, which is the phonetic spelling of that word. Everyone is talking about Jenner's tattoo and there is actually a mystery surrounding when, exactly, she got the ink. Her fans and followers have speculated about the origin, since she got a tattoo and then never revealed a picture of the finished piece. It left us wondering if she had two hip tattoos. But guess what, you guys? I've solved the mystery.

I have speculated on what the tattoo means —cue the Justin Bieber song!— and I have analyzed the clues about whether the tiny tat is legit or not. I also wondered why she chose the color red. I even considered the reason she opted to go with the hip as the region for her ink. But the main source of confusion is when she got the tattoo and whether or not it was the result of her November tattoo session with Bang Bang in NYC.

Jenner posted Snapchat videos while she went under the needle, while the artist himself shared an Insta video of Jenner reciprocating by giving him a tattoo, which is something he allows his celeb clients to do. Give and take, baby!

Here is the red tattoo reveal. You can understand why her fans were confused, since the original video of the process looks different than this. Only when I got inches away from my screen and eyeballed it did I go, "Oh, yeah, that looks like the same tattoo."

Bustle reached out to Bang Bang's PR rep, who was quick to respond and clarify. She told me that the red "Sanity" tattoo is indeed the same tattoo Jenner and Bang Bang, who recently dropped the book Bang Bang: My Life in Ink, posted about last month. The rep also said that Bang Bang had said that it was a red tattoo at the time. Case closed!

The supremely helpful rep also said that Jenner didn't endure much pain when getting inked and that she was incredibly ticklish during the process. Too cute, right?!

More like this
The Least (& Most) Painful Spots To Get A Tattoo, According To Pros
By Hilary Shepherd and Audrey Noble
Regé-Jean Page On The Art Of Power Napping
By Paris Giles
What We Know About The UK Launch Of Hailey Bieber’s Skincare Line
By Orla Pentelow
Even Huda Kattan Needs A Break From Contouring
By Eliza Brooke
Get Even More From Bustle — Sign Up For The Newsletter