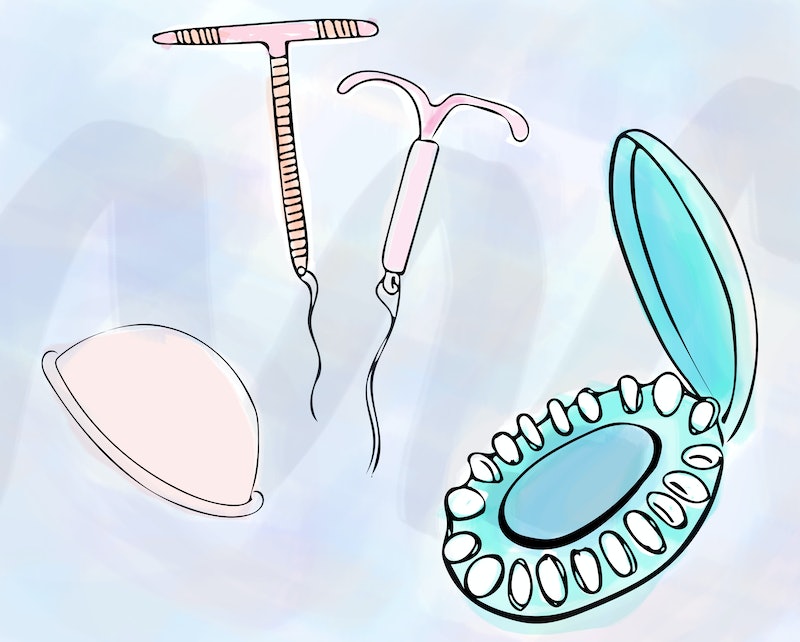 Oregon's recent announcement that birth control will now be available over the counter in the state after just a brief questionnaire and a chat with the pharmacist has us all pondering the best and worst birth control laws around the country. I mean, this is huge. Many states still require you to undergo a physical examination, a rather thorough meeting with a doctor or nurse where they ask you everything but your cup size (actually, I think they asked me that), and send in your prescription, all the while praying you don't get fertilized. More money, more time, more stress. For these reasons, bravo, Oregon, for helping out your women.

Hopefully, many more states will follow in Oregon's footsteps and usher in a new way to look at contraception, because let's face it: Some of the birth control laws in this country are old and crusty. While this is incredibly promising news, many states are still dragging their feet and making the process of obtaining birth control time-consuming, expensive, and generally, a pain in the ass. It's 2016. Get with the times, people.

Let's take a look at some of the best and worst states for birth control.

Similarly to Oregon, California will be making birth control pills available without a prescription starting in March. This state also gets brownie points for using Nurx.co, an app that lets you get birth control delivered to your door.

If you live in any of these states, you can use the Planned Parenthood app, consult with a physician via video, and get your birth control in the mail. (Psst! They offer STD testing too.) How amazing is that?!

You read that right, folks: In 2010, this public university in Pennsylvania was the first to install a Plan B vending machine. The University of California-Santa Barbara is following suit with their own version now, too, which also includes condoms, lube, tampons, pads, and pain relievers.

4. Worst: Be Careful In Mississippi

Mississippi has long been seen as a rough state to be a woman, due to their longstanding lack of laws requiring insurance companies to cover contraception, in addition to refusing to protect access to emergency contraception. Kinda scary, considering they have the nation's highest infant death rate and the most premature births.

Washington pharmacists are asking the Supreme Court to review one of the state's rulings requiring them to offer Plan B because it violates their religious beliefs. I'm all for maintaining your religious freedom (I certainly demand mine), but if your occupation is to dispense drugs people are paying for and need, do your personal beliefs have anything to do with it? Discuss.

Again, not to poo-poo religion (I myself am a believer), but let us not forget Burwell v. Hobby Lobby, and the Supreme Court ruling that stated private employers can opt out of providing birth control for employees if it goes against their religious beliefs. That just really sucked. I loved shopping at Hobby Lobby, too.

These laws and regulations continue to address one crucial question: Who controls women's bodies? As a country, we have a lot of work to do; but I've always been a "glass half full" kind of girl, and I'm happy to see that we're, at the very least, making progress.