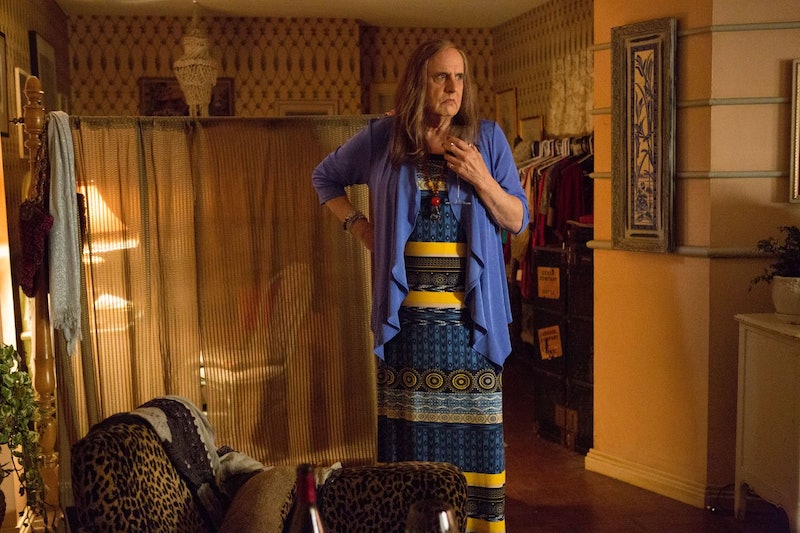 Three years ago, Netflix became the first streaming service in history to receive nominations for its original programming from the Hollywood Foreign Press Association, thanks to the success of House Of Cards and Orange Is The New Black. But where one pioneer goes, many will inevitably follow — and this year, both Amazon Prime Instant Video and Hulu are following in its footsteps with nominations for their own acclaimed shows. But is the first time a streaming service other than Netflix has been nominated by the HFPA? Does Amazon have any Golden Globes?

While this is indeed the first year that Hulu is joining the fray, thanks to a Best Series — Musical or Comedy nomination for their sitcom Casual, this is already Amazon's second time at the rodeo. At last year's 72nd annual Golden Globe Awards, the online content provider took home two trophies for Transparent as the year's Best Comedy Series and its star, Jeffrey Tambor, as Best Actor in a Comedy Series. (It was the only series to win multiple awards last year, alongside Showtime's The Affair and FX's Fargo, which also won two each.) This year, Jill Soloway's family dramedy is once again nominated in those two categories — as well as an additional nomination for co-star Judith Light in the Supporting Actress category — and Amazon is undoubtedly hoping for some repeat wins in 2016.

Ironically, Amazon's biggest competitor this year when it comes to a Transparent victory is going to be... itself. The incumbent's challengers in the category are the aforementioned Casual, Netflix's Orange Is The New Black, two HBO comedies (Silicon Valley and Veep), and Amazon's own Mozart In The Jungle . That half-hour dramedy, which takes place in the world of New York City's classical music scene starring Gael García Bernal, is new to the Globes this year — and the HFPA are notorious for a pattern of showering bright and shiny new shows with accolades over old established favorites.

Before HBO's Veep overthrew it this year, ABC's Modern Family had won the Emmy for Best Comedy Series five years in a row. During that same time span, the Golden Globes never awarded the same show twice, giving top honors to Glee, Modern Family, Girls, Brooklyn Nine-Nine, and Transparent. The Best Actor in a Comedy Series category has been similarly eclectic; the last time any performer won a Golden Globe in that field twice in a row was 30 Rock's Alec Baldwin in 2009 and 2010.

The most common complaint levied against the Emmys is that they nominated the same shows year after year, regardless of quality — the same can certainly not be said for the Golden Globes. Last year, Showtime's The Affair took home top honors in the Best Drama Series category for its freshman season, as well as a Best Actress win for Ruth Wilson and a Best Actor nomination for Dominic West. This year, it was snubbed in all three of those categories, the sole nomination for its sophomore year being Supporting Actress Maura Tierney. Two years ago, FOX's Brooklyn Nine-Nine was crowned Best Comedy along with star Andy Samberg as Best Actor. In the two years since, it hasn't managed to earn a single nomination in any category.

So the fact that not only was Transparent NOT snubbed, but it actually increased its number of nominations, is impressive enough in itself. And while a repeat win is certainly not out of the question, history is against it. It's much more likely that one of the two freshman shows in the category will take home the trophy — and Mozart In The Jungle has the edge over Casual, given that the former is also nominated in the Best Actor category.

Will Mozart and Bernal dethrone Transparent and Tambor? Or will Amazon's original scripted series defy expectations to emerge victorious once again? The good news for Amazon is, no matter which one of those possibilities ends up happening, their collection of Golden Globes will only increase.