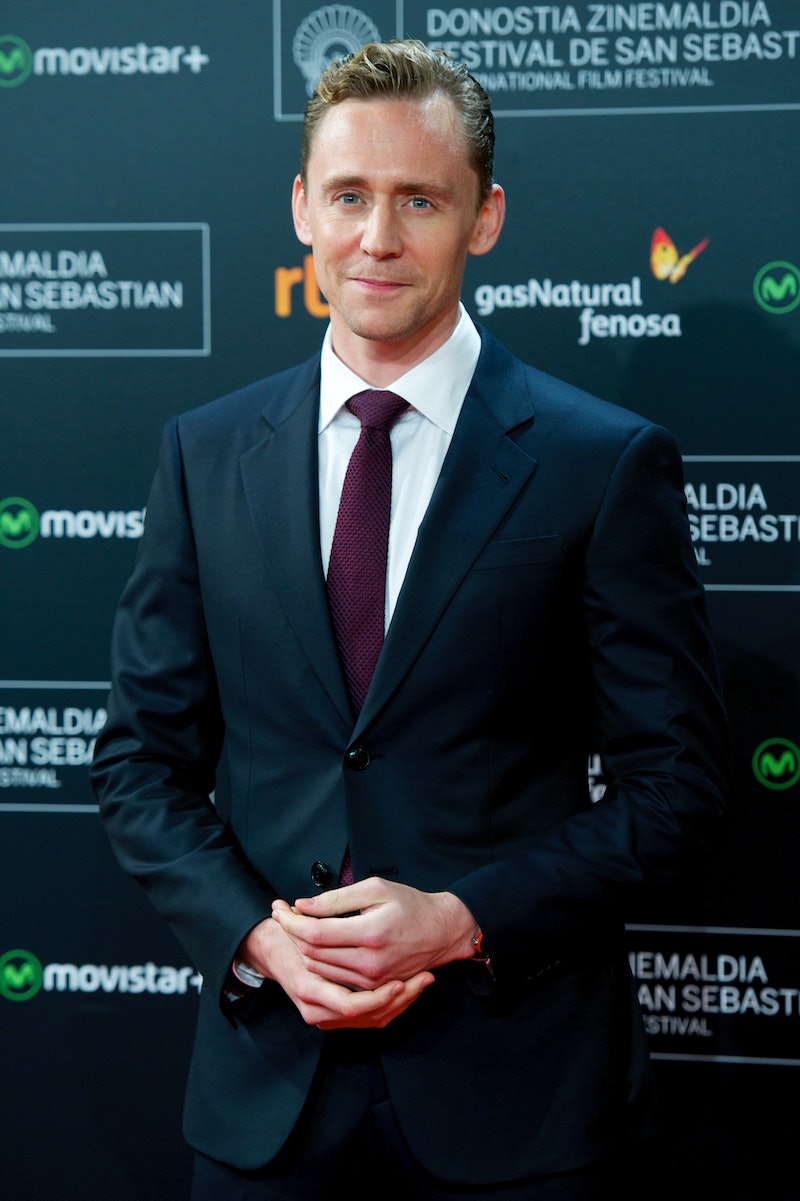 I don't know about you, but when it comes to awards season I plan my schedule accordingly and take note of every nominee and presenter. Most importantly, I research to see if my beloved Tom Hiddleston will be in attendance, because he improves every event. Who doesn't want him on the red carpet of an awards show? If you raised your hand to this question, don't speak to me — ever. Anyways, with the 2016 Golden Globes being this Sunday, you might be thinking, "Has Tom Hiddleston ever attended the Golden Globes?" If you consider yourself a Hiddlestoner, then I warn you to sit down before learning the answer.

I hate to be the bearer of bad news, but The Avengers actor has never attended the Globes. WHAT?! How is that even possible? What does the Hollywood Foreign Press Association have against the beautiful, talented, and successful man? If it's because he'd clearly steal the spotlight with his presence (no one would care about the show, trust me), then I have a simple solution: make him the host. Problem solved. You're welcome, HFPA.

Seriously, it seems strange that he's never attended. Look, as much as I would love him to score a nomination and win, I'd be happy to have him show up as a presenter. Is that too much to ask? I don't think so. I mean, if that's still too much to ask, then just have him sit in the audience. I'd still enjoy the Globes knowing he was there in some capacity. If for some preposterous reason I need to explain myself further, then here are a few reasons why Hiddleston needs to be invited to the Golden Globes as an attendee. (I think his acting speaks for itself as to why he should clearly be nominated.)

OK, he would never actually have the job of a seat filler, but if he had to do it, he'd be amazing at it. Plus, knowing him, he'd walk around the room talking to his coworkers and have a great time. Also, this would be the perfect opportunity for him to sit at more than one table and get more time on camera.

He'd Give The Camera Something To Zoom In On

From his captivating eyes, to that swoon-worthy smile, to those silly faces, to pretty much everything about him, the camera loves him.

He & Benedict Cumberbatch Could Get Drunk Together

If his BFF Cumberbatch was also in attendance, then they could relax, throw back a few drinks, and really put on a show.

He'd Have More Time To Take Photos With Fans

Let's face it, attendees don't get as much interview time as nominees on the red carpet, which means more time for Hiddleston to meet fans, sign autographs, and take selfies.

His Opening Monologue Reactions Would Be Gif-Worthy

Come. On. That laugh is just... I'm speechless.

It's The Right Thing To Do

Please, HFPA, do the right thing and make Hiddlestoners happy.

Now, let's hope he shows up to the Globes sooner rather than later.