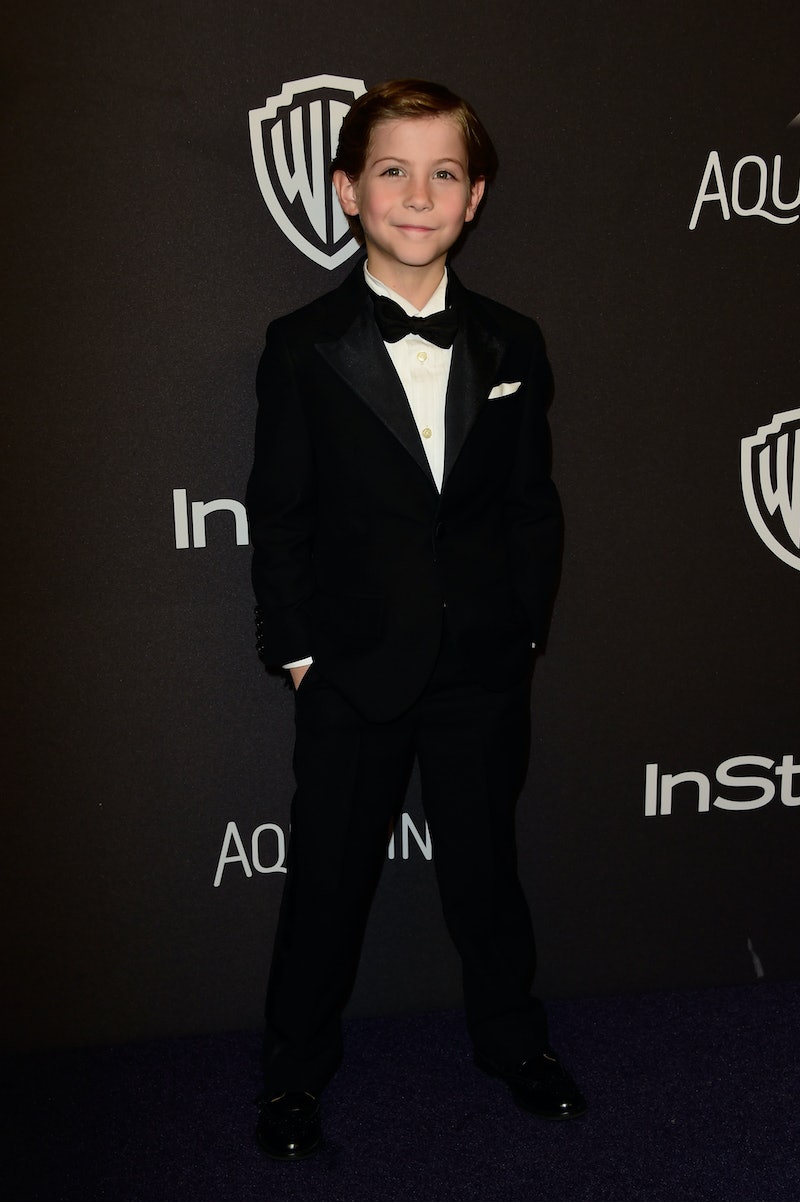 Imagine being 9 years old and taking part in one of the biggest events in Hollywood. That's what happened when Jacob Tremblay attended the 2016 Golden Globes. Tremblay stars in Room, alongside Brie Larson. And don't let his age fool you, his powerful performance as Jack left me in tears for a majority of the film. While the movie (unfortunately) didn't take home the award for Best Motion Picture — Drama, Tremblay was still a winner on Sunday, in more ways than one. From meeting his personal heroes to having multiple lightsaber battles, he had a monumental night.

Earlier in the evening when walking the red carpet, Tremblay admitted that Star Wars: The Force Awakens was one of his favorite movies of the year. That's what prompted E!'s Giuliana Rancic to bust out two lightsabers. Later on at an afterparty, he met Oscar Isaac (aka Poe Dameon), who happens to be his favorite character. Once again, the lightsabers made an appearance and they had their own jedi battle. Honestly, I doubt anyone had a better night than Tremblay. Trophy or not, this kid was living the dream.

Here are highlights from Tremblay's first trip to the Golden Globes, which from the looks of it, certainly won't be his last.

From now on, can Rancic have lightsaber battles with all of the stars? It's definitely a step up from the mani cam.

What's better than one jedi battle? Two jedi battles, especially when they happen with your favorite Star Wars actor.

When Tremblay's co-star Larson accepted an award for Best Actress in a Drama, she gave him a well-deserved shoutout. She referred to him as "half of this award, half of my performance." How sweet, huh? Tremblay later posted an adorable Instagram congratulating his movie mom.

As if the night couldn't get any better, Tremblay posted an Instagram collage, showing him posing with a few of his favorite actors. In addition to Isaac, these stars included Michael B. Jordan and Chris Evans.

Making the event all the more special, Tremblay brought his parents on the red carpet. (And his dad made some headlines himself, as the night's hottest dad.)

Considering this is just the start of Tremblay's career, I foresee many more award shows in his future. And hopefully plenty of lightsaber battles, too.