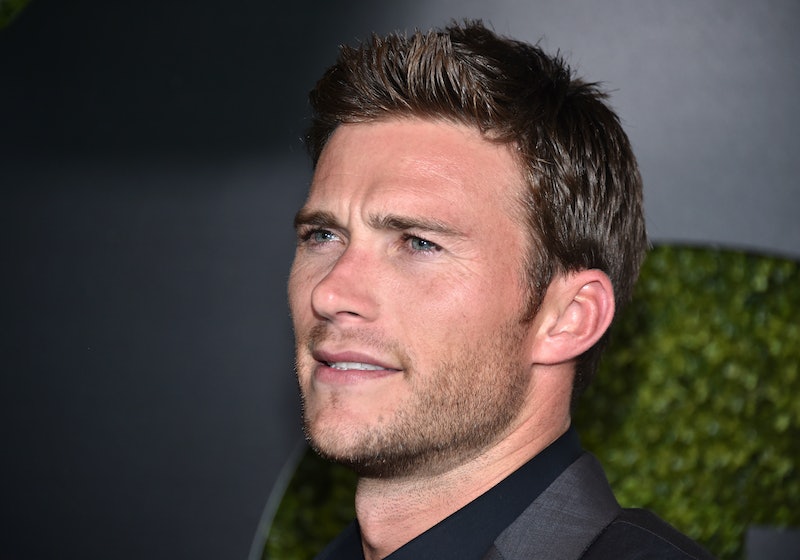 OK, let's get real for a second. Like me, you've probably woken up on Tuesday to the shortlist of actors hoping to play Han Solo in the forthcoming Star Wars spin-off. It's not news that the Harrison Ford character is getting his own movie very soon. The big question has always been who could step into Ford's very sexy shoes? You've likely spent the morning deciding which of the hotties on the list should play the character, and, although your opinion is totally valid, I'm here to tell you that the only real contender for the role of Han Solo is Scott Eastwood. Hands down. Competition over.

Short of me becoming a casting director and somehow making this happen, the best I can do is write my pitch for Scott Eastwood to get the job. Sure, there are some awesome actors on the list — Ansel Elgort, Miles Teller, Dave Franco — but I'm afraid I don't care about any of them, apart from Eastwood. Not only is Scott Eastwood super fine, he recently played such swoon-worthy characters as Taylor Swift's love interest in her "Wildest Dreams" video, and the lead in Nicholas Sparks epic The Longest Ride . If you need convincing after either of those facts, I guess I'll have to spell it out for you. Here are nine incredibly serious reasons that Scott Eastwood should be the new Han Solo, pronto!

Sure, not everything should be judged at face value, but how crazy cool does Scott Eastwood look wearing sunglasses? I can't cope. This is the perfect young Han Solo look.

Han Solo is a character who can get away with anything. Remember when Leia told him she loved him, and Han replied, "I know?" Han Solo needs to have a face that can get away with being so cheeky you want to slap him, but you're more likely to end up kissing instead.

In The Longest Ride, Eastwood got the chance to showcase his immense bravery. Playing a professional bull rider, Clint Eastwood's son proved that he's more than just a pretty face.

4. He Looks Great In All Weathers

If the "Wildest Dreams" love interest can look this good dripping with water, imagine how great he'll look in space!

5. Eastwood Can Pull Off Any Outfit

Whether it's a cowboy hat, or Han Solo's waistcoat, this is an actor ready to wear anything.

6. His Torso Is On Fleek

The Nicholas Sparks heartthrob looks lush in clothes and out of them. Very important for, erm, movies.

7. Those Rugged Good Looks Are Forever

What the world really needs is a Han Solo who's rugged, chiseled, and accentuated with stubble that would make Harrison Ford proud.

8. Han Solo Has To Be Kissable, And Eastwood Most Definitely Is

It's a priority, people!

9. The Actor Has Charisma

If there's one thing that Eastwood has bundles of, it's charisma. Where ladies are screaming, there lies our Han Solo!

Basically, it's conclusive. While all the choices to play Han Solo in the forthcoming Star Wars spin-off are very nice indeed, there's only one stand-out as far as I'm concerned. Make Scott Eastwood the new Han Solo, and I'll book my tickets to see the movie today. Like, right now. I'm serious.

More like this
Taylor Swift's “Carolina” Theme For 'Where The Crawdads Sing' Soundtrack Is Here
By Jake Viswanath
Here’s How Lizzo Is Supporting Abortion Rights After The Roe v. Wade Reversal
By Brad Witter
Taylor Swift Fans Caught A Possible ‘1989’ Clue In Her Latest Awards Show Speech
By Grace Wehniainen
Taylor Swift Explained The Ambiguous Ending To ‘All Too Well: The Short Film’
By Grace Wehniainen
Get Even More From Bustle — Sign Up For The Newsletter