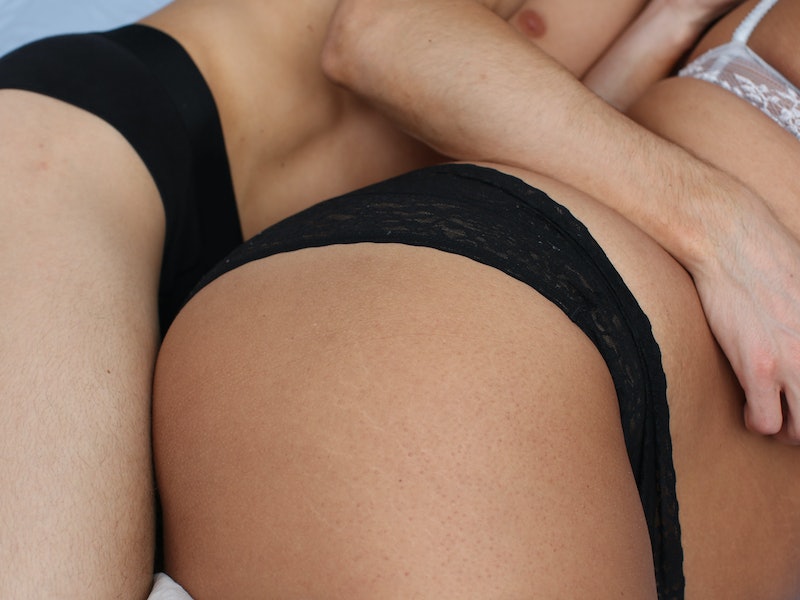 And it’s not as though just one gender gets to corner the market on desiring another person in the bedroom. According to research, threesomes are in the top five fantasies for women, tucked in between being masturbated and being dominated. That’s pretty far up there on the list of desires in a world of thousands and thousands of fantasies from which to choose.

1. Explain Why It Interests You

2. Assure Your Partner It’s Not Because They're "Lacking" Anything

If you wanted to run off and have sex with someone else, then maybe your partner could be concerned. But since that isn’t the case and you want to just add someone else to the equation, they should be rest assured that it’s not about something they aren't doing right.

3. Address How It Could Be Good For Your Sex Life

Sex is about exploration and experimentation. While it’s great having sex with your partner, sometimes you need to add a little spice. In adding spice, you’re having a new experience together, one that might even make you closer, enhancing your intimacy.

4. Let Your Partner Discuss All Their Concerns

Some people have a really hard time with not just the idea of sharing their partner with someone else, but being in a sexual situation with another person.

"You know your relationship better than anyone else," Daniel Saynt, founder of The New Society for Wellness (NSFW), a sex-positive members-only sex club, tells Bustle. "If you and your partner are dealing with issues of jealousy it’s probably not a good idea to discuss bringing someone else in, until you can work through the issues and identify what sparks these feelings... Having open honest conversations about your relationship is key to navigating the tricky territory of threesomes."

5. Let Them Know They Can Have A Say In How It Goes Down

"Discuss expectations and set some boundaries if you want a little more control of the situation," Saynt says. "If you’re inviting someone into a shared bedroom, be sure to all take a second to talk about where you want the evening to go. It’s OK to share things that will make you uncomfortable beforehand so that you can go into the experience with a clear path to sexual satisfaction."

So although you may have suggested it, while trying to convince your partner it’s going to be a lot of fun, give them 50 percent of the power. This may be your fantasy, but if they're part of it, then they have a say.

The best way to get what you want is to bargain. Maybe this means you'll try something they've always wanted to try, too. Fair is fair.

If you back anyone into a corner, they’re going to come out with their claws ready to defend themselves. You don’t want that. If you see your partner getting uncomfortable, then back off. As much as you may want to fulfill your fantasy, you don’t want to be a bully about it.

"We teach people the importance of knowing how to take rejection and knowing how to decline someone," Saynt says. "If you’re turned down, don’t feel embarrassed or upset. Move on."

More like this
The Differences Between Kinks & Fetishes, Explained
By Lexi Inks
Breeding Kinks Have Been On The Rise Since Roe V. Wade Got Overturned
By Lexi Inks
Are Quality Time & Gift-Receiving Love Languages Compatible?
By Lexi Inks
It's A Pleasure #53: Help! My Boyfriend Won't Tell Me Why He Stopped Going Down On Me
By Sophia Benoit
Get Even More From Bustle — Sign Up For The Newsletter