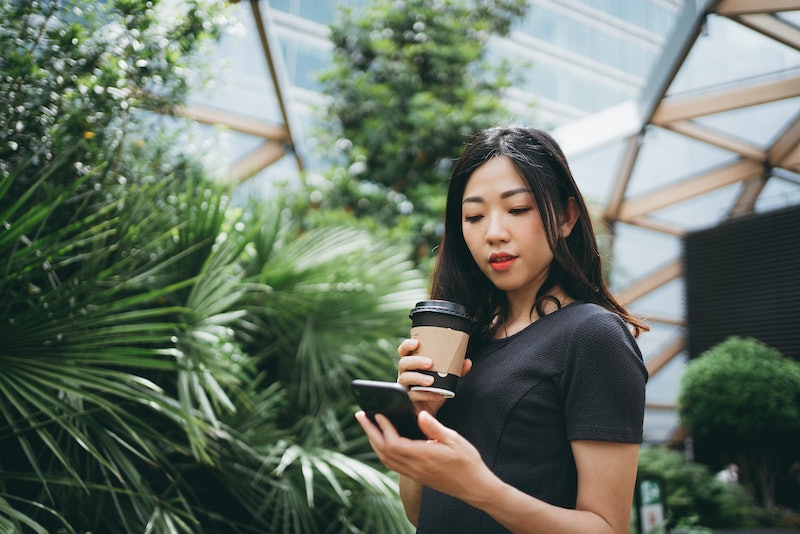 I'm not the most tech-savvy person, so I look at things like iTunes apps and portable hard drives and think we're reinventing the wheel — and in some ways, we are. Technology is evolving so quickly that there are totally normal things today that we won't be doing in 10 years. You can put things into perspective by looking at '90s technology. You wouldn't be caught dead carrying a Walkman around, would you? (Personally, I would, because those things are awesome, but that's just me.) Think of what it's going to be like 10 years from now: People will be looking at the iPad and laughing at how juvenile it is. Back in the day, kids thought Tamagotchis were high-tech gadgets; the youth of today would be dumbfounded by this.

With how easy technology has made our lives, it's hard to imagine today's gadgets and such becoming obsolete and fading away over the next decade; but it's going to happen, whether we like it or not. Science will continue finding ways to make things faster and more user-friendly. Our freedom and power will increase, with many of life's responsibilities moving to the mobile arena and whatever we need being available right in our personal devices. So, here are six things you probably won't have to do anymore in the future:

Making it one step easier to withdraw your money from the ATM, JPMorgan Chase is upgrading all of its machines to eATMs that will allow you to use nothing but your cell phone. A one-time code will let you access your money right now, but this feature will likely soon be obsolete too. The bank is developing a way for customers to get their cash without a code simply by holding their phone up to the machine. It's the future!

2. Relying On Texting To Communicate

People hardly ever speak on the phone anymore; it's weird and uncomfortable. "Why did she call me?!" we'll often exclaim. So we moved to texting. It's quick, it's simple, and it makes it easier to ignore people you don't like. Wahoo.

Of course, it also completely sucks the life and emotion out of everything you say. I didn't think people cared about that; apparently they do, though, because we're seeing a huge influx of users utilizing messaging apps and video convos. People are also turning to apps that let you communicate without needing to give your phone number (or get anyone else's).

3. Plugging In Your Device To Charge It

Cords piss me off. They get tangled, they get misplaced, and WTF is up with smartphone chargers randomly stopping working?! Rest easy, because wireless charging is upon us — and pretty soon, anyone will be able to lay their device on a charging surface sans cord. It doesn't end there, either: Researchers are already looking into ways to charge a device regardless of the location — even if it's still in your pocket.

4. Using Remote Controls For Your TV

Remember when you had to get up and walk to turn on the TV? You had to travel the distance to the VCR to rewind a funny part of a movie. Then technology improved the quality of remote controls, allowing us couch potatoes to be more devotedly lazy. It's looking like remotes are too much work, though, because voice- and gesture-activation is gaining steam. Now, you can tell your TV what to do. Also, expect more Netflix-y types of things and way less traditional cable. People still pay for cable, right?

5. Getting Things Delivered By A Human Being

People are overrated — at least, that's what all the companies who are experimenting with drone delivery think. Humans are high-maintenance, needing sleep and money and all that jazz. Drones are trackable and can be programmed to perform a number of tasks. It's a dream come true for many businesses. The logistics surrounding this are still being determined, but you've all been warned!

All right, so maybe these aren't that common anymore. At the end of 2013, it was estimated that a monthly average of 700,000 customers were ditching their landlines, and at the time, the number only appeared to be on the rise. Landlines are expensive and inconvenient, and they don't let you post to Instagram. Although I always had a good time playing with those really curly cords. Ah, memories.

More like this
Remember These Ancient Pieces Of '90s Tech?
By Lucia Peters and Emma Carey
This App Tells You If Your Skin Care Products Are Working — So I Tried It
By Amanda Ross
Instagram Users Are Reporting Issues Scrolling & Logging In
By Courtney Young
What Does “Gatekeeping” Mean On TikTok? The Viral Term, Explained.
By Courtney Young
Get Even More From Bustle — Sign Up For The Newsletter