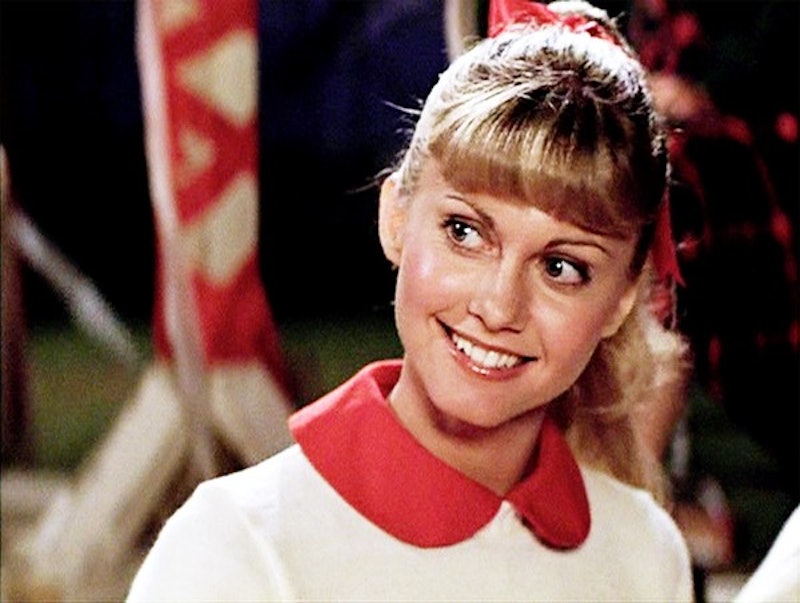 That's right. Carrie Fisher. As Sandra. Dee. Let that sink in for a moment as you revel in the possibilities. According to an article in Vanity Fair, Grease director "took a gander at rushes from a new film his old college pal Lucas was making, titled Star Wars, to see if its female lead, Carrie Fisher, could be a fit." Obviously Fisher didn't end up starring, though, and Star Wars ended up being well, not just some film an old college pal was making.

This got me thinking, though. Carrie Fisher's most notorious character, Princess Leia, wasn't all so different from Sandy Olsen. At least, with her words. Need proof? Here are 11 of the most Sandy things Leia ever said.

1. When She Put Han Solo In His Place

Just like Sandy, Leia knew how to handle the immaturity of her male counterparts. When Han Solo tried to woo Leia with his "Come on, admit it. Sometimes you think I'm alright," she shot back, "Occasionally, maybe... when you aren't acting like a scoundrel."

2. When She Denied Han's Advances

When Danny tried to make out with Sandy at the drive-in and Sandy stormed out on him, she might as well have said "I'd just as soon kiss a Wookiee."

3. When She Insulted Others

"Why, you stuck up, half-witted, scruffy-looking Nerf herder" sounds like the kind of PG insult that would come from the mouth of Sandra Dee.

4. When She Had No Filter

Leia's banter with Han was oddly reminiscent of the way Sandy spoke to Danny. "You certainly have a way with people," could have totally replaced Sandy's infamous "jealous, are you?" line.

5. When She Called Han Out

"I don't know where you get your delusions, laser brain" is Leia's version of Sandy's "what's the matter with you?"

6. When She Broke Bad

When C-3PO told Leia, "The odds of successfully surviving an attack on an Imperial Star Destroyer are approximately... " and Leia harshly interrupted "shut up!", it was basically like Leia donned an all black outfit, put a cigarette in her mouth, and declared "tell me about, it stud." In other words, it's when shit got real.

7. When She Denied Han's Advances... Again

It was a running theme between Leia and Han, but also something that Sandy did often with Danny.

8. When She Stood Up For Herself

After Han said that there's "no time to discuss this as a committee," Leia declared "I am not a committee!" Pretty sure Sandy would have had that same reaction. She hated not being taken seriously too, as evidenced by her disdain for the "Look At Me, I'm Sandra Dee" song. Don't blame her.

9. When She Was A Hopeless Romantic

Sure, it's not a line that's specific to Leia, but when she finally told Han she loved him, it was sweet and romantic in a Sandy Olsson kind of way.

10. When She Had A Bad Feeling About Something

Leia ripped "I have a bad feeling about this" right from the pages of a Sandy Olsen handbook.

"I hope you know what you're doing," Leia told Han. She might as well have said, "better step up, cause I need a man."

I guess this Carrie Fisher as Sandy Olsen wouldn't have been such a big stretch after all.