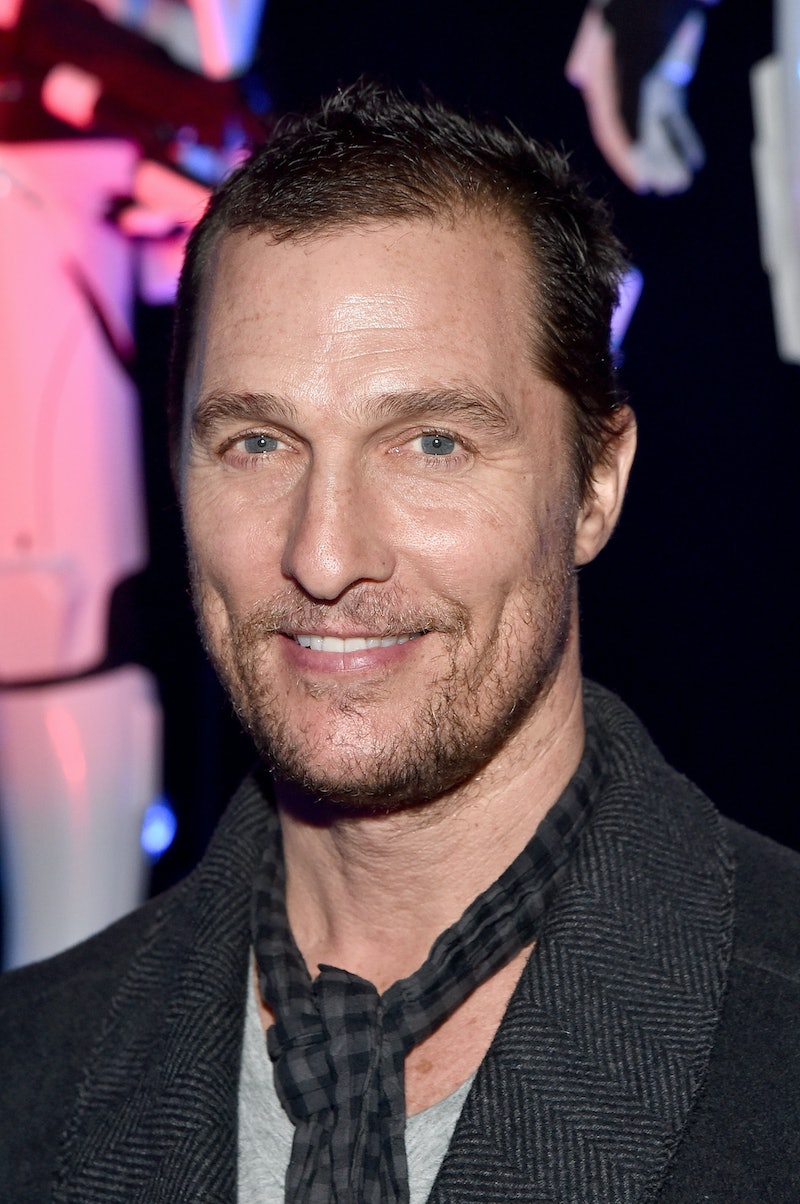 Have you ever looked at a picture of yourself or caught a glimpse of your reflection in a mirror as you passed and thought, "whoa, that's not me"? Now imagine that literally thousands of photos are taken of you on a regular (if not daily) basis. At least some of them are going to look pretty different from the "you" you expect to see in the mirror, and that's something that happens to a lot of celebrities every day. In fact, a lot of photos exist where celebrities look nothing like themselves and it's crazy to see — probably because these are people we all expect to recognize, no matter what's going on.

Whether it's because they decided to go makeup free, have changed their appearance for a role, or are trying out a haircut that's wildly different from their usual go to,

these celebs have all had that experience where the rest of us thought for a second that person could just be their doppleganger. But nope, these photos are all of the celebrities themselves... just taken when they happen to look like somebody else.

Check out these photos of celebs caught in moments where they look nothing like themselves. If you can't recognize them, don't worry — you're probably not the only one.

Since she's known for her dark hair, it's always insane when Kardashian decides to go back to her blonde look. Not that she doesn't look good blonde, just way different.

When Hadid covered Italy's Vogue last year, she was pretty unrecognizable, especially all zoomed in like that.

For the movie In The Heart of the Sea, Hemsworth lost weight and went totally scraggly faced. Are we sure this is Thor?

Her signature pout might still be there, but with the pink hair, she could just as easily be a totally different person.

After the Bridget Jones' Diary star appeared on the red carpet after a few years out of the spotlight, she looked almost unrecognizable. Later, she replied that she's feeling good about the changes she's seen in her own appearance, so who cares what the haters think?

Without makeup, the Modern Family star looks like a totally different person... and still absolutely flawless.

Just like her sister, Kylie, Kendall puts on pink hair and it totally transforms her.

Without the trademark glitter she used to sport, these days Kesha is looking way different.

Is this seriously the same person?!

Without his signature scruff, you could probably run into Cooper at Target and have no idea. The good news? By now, it's grown back.

She's known for her more theatrical looks, but with her bangs and longer hairstyle, Gaga looks like a new person.

This is clearly because of the crazy flash on this photo, but she seriously could have been anyone else.

Speaking of crazy flash... this legendary image was what created the amazing meme about her secret sister, Poot Lovato, even though the singer was just caught at an unfortunate angle. At the end of the day, though, Lovato is still ridiculously gorgeous.

To be honest, this looks more like a Kourtney Kardashian impersonator than Kardashian herself.

McConaughey's transformation is for his role in the movie Gold, but you'd hardly be able to tell it was him if you didn't know better.

And when he slimmed down to play a character who is HIV-positive in Dallas Buyer's Club, he lost a ton of weight and became unrecognizable for a totally different reason — and all his dedication got him that Oscar.

You may not recognize him, but yep — this is the kid from Two and a Half Men. Crazy, right?

Since she entered the music scene, Trainor has been known for her blonde hair. But since she made the switch to red? Basically a new woman.

These celebs look totally different in these pics, but at least they have ways of going out in public without being recognized? Plus, it's awesome that they switch up their looks so often — keeps things interesting! Maybe Kendall and Kylie are onto something with that pink hair...

More like this
50 Years After Creating Her Alter Ego, Angelyne Is Still Driving That Pink Convertible
By Gretchen Smail
20 Photos From The 'Stranger Things' Season 4 Premiere To Make You Feel Old
By Alyssa Lapid
Jesse Williams Is “Not Down” Despite Leaked Images Of His Broadway Nude Scene
By Brad Witter
10 Swoon-Worthy Beauty Looks From The 2022 Cannes Red Carpet
By Olivia Rose Ferreiro
Get Even More From Bustle — Sign Up For The Newsletter