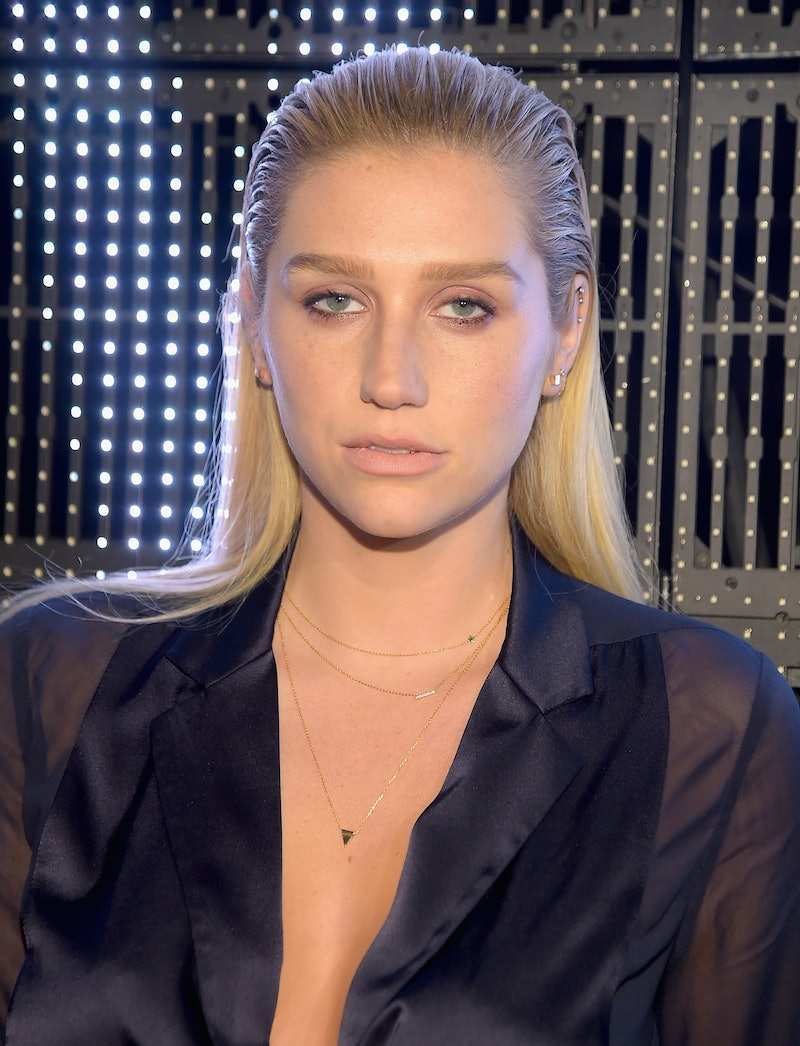 After a New York Supreme Court Justice denied Kesha's request to leave her record contract, fans on social media have been in an uproar. Using the hashtag #FreeKesha, fans and celebrities alike have shown support for the "We R Who We R" singer. In 2014, she filed a lawsuit against producer Dr. Luke (real name Lucasz Gottwald), alleging that he raped and sexually and emotionally abused her. Dr. Luke has denied the claims and sued Kesha for defamation. Since Kesha wasn't granted her request for an injunction, it makes sense that fans are speaking out. However, it seems like the conversation has shifted far beyond the point at hand. Somehow, it all erupted into a battle of Taylor Swift vs. Demi Lovato.

Before you even ask, "Wait, what does this have to do with Swift and Lovato?" that's exactly my point. When Lovato spoke out in support of Kesha, she raised some valid questions about the justice system and the uphill battle women who speak out against their alleged abusers tend to face. This then segued into Lovato's frustration regarding other "self-proclaimed feminists" not speaking out too. Media outlets dubbed this a diss at Swift, and later, it was announced that the "22" singer donated $250,000 to Kesha over the weekend.

Although Swift hasn't said anything on social media, Lovato then posted a tweet that's being viewed as some serious "shade," considering it came after news of the donation broke:

This was her earlier stream of posts:

Here's my issue with this whole debacle: Not only does it take the focus away from Kesha, but fans are also getting caught up in an argument over what makes someone a "good" or "bad" feminist — as if there's some spectrum or rulebook determining feminists' worth. At its heart, the movement is all about supporting gender equality and raising women up, so these nitpicky comparisons are beyond counterproductive.

While Lovato went on an entire rant about women's empowerment, I'd argue that another vital part of empowering women is not tearing down the decisions or actions of others just because they may not match your own. Of course, it's important to raise your voice and help those who can't, but society shouldn't condemn someone just because they don't speak out on every issue ever — it's all about personal levels of comfort.

I'm not going to say whether Lovato actually did shade Swift, because a) I wasn't there when she wrote the tweet, and b) it's not the important point here. Those on Twitter critiquing Swift, saying she's just throwing money at a problem instead of talking about it, are also missing the point. This money is meant to go toward Kesha's "financial needs during this trying time," according to Swift's rep, and could both help with her legal fees and make up for the money Kesha is losing while not making music. To me, that sounds like a meaningful gesture.

Let's keep in mind that Swift said nothing on social media when Kanye West's "Famous" exploded and everyone was seeking a reaction to the diss. This makes me believe she reacts to upsetting events in her own way. (Like when she shut down West's assumptions onstage at the Grammys without so much as a name drop.) Perhaps donating money is her way of showing support, but without making it about her.

This shouldn't be about these two at all. It's fine to cheer on Lovato's fearlessness in speaking up, just as it's fine to respect Swift for donating money, but it's more worthwhile to focus on whom they're trying to rally behind: Kesha. Building up the facade of a girl vs. girl rivalry is pointless. By the way, I'm not blaming Lovato for this. Instead, I'm more bothered by the responses her comments have spurred — they've really taken on a life of their own on social media.

Getting caught up in whether Swift or Lovato is a better feminist isn't a very feminist move at all. Instead, it makes fans take sides, when that wasn't even what everybody was focusing on in the first place. The context totally gets lost in cattiness. It's similar to that whole Video Music Awards dilemma, when Nicki Minaj tried to spark a conversation about representation of all kinds of women in videos, but that got lost in a supposed Minaj vs. Swift feud. That blown-out-of-proportion "rivalry" seriously sidetracked people from the point, and it was as equally frustrating then as it is now.

It's worth noting that Kesha hasn't posted anything on social media since the court ruling. In 2014, back when the lawsuit was first filed, her lawyer Mark Geragos told Billboard:

We are pleased with the court’s decision from the bench fully denying Ms. Sebert’s motion for a preliminary injunction. As the court recognized, Ms. Sebert has always had the ability to proceed with her career if she so chooses. We remain confident that when all the facts are presented that Ms. Sebert’s allegations against Luke will be shown to be completely false and were asserted solely to extort money and gain contractual leverage.

And Sony told the judge presiding on Friday that Kesha's claims are a "transparent and misguided attempt to renegotiate her contracts." So let's please shift the #FreeKesha convo back to where it belongs: on Kesha herself. After all, that's the entire point of the hashtag.