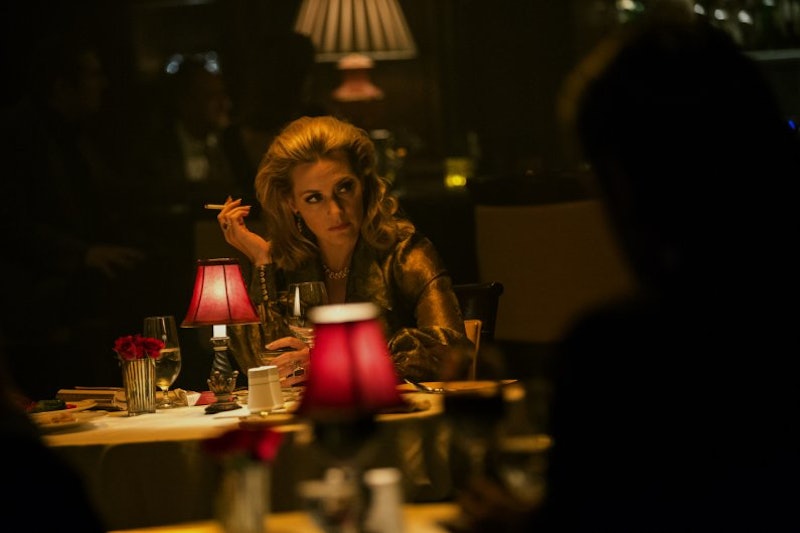 Movie fads come and go. The heyday for Westerns and swashbuckler films are long gone, and right now Hollywood is obsessed with superhero movies. But those will fall by the wayside, too, and another genre could take its place. And as crazy as it may sound, heist movies could be the next big thing. There are a ton of heist movies currently in development, with the vicious and impressively cast heist movie Triple 9 hoping to usher in that new era on Feb. 26. The film is about a gang of criminals and dirty cops who are forced to pull off an almost impossible heist by the Russian mafia, and they come up with a plan that involves murdering a cop in order to do it.

Heist movies have been around forever and they've never really gone out of style, but over the past decade their profile has risen. New takes on the genre have expanded fans' ideas of what a heist movie can be, and Triple 9 is hoping that its gritty iteration will allow it to go toe to toe with some of the best examples of the category to come out of this recent resurgence. So to see what the film is up against, here are seven of the best heist movies of the last 10 years.

Last year, fans were treated to a superhero heist movie, signifying that perhaps Marvel is trying to bridge the gap between the genres. The movie mixed superpowers with the traditional heist movie's gang and plan, along with plenty of humor, making it one of the most surprisingly entertaining films of 2015.

Don't like super powers with your heists? Well then, how about magic? This film follows four magicians who somehow rob a bank in Paris while performing an illusion of robbing that same bank on stage in Las Vegas. Another film that stretches the limits of a heist movie, Now You See Me did well enough to earn a sequel, due out this year.

Remember when the Fast & the Furious franchise was about drag racing? This was the movie that changed course for the series, switching to an action-packed heist theme and paving the way for Furious 7's billion dollar take at the box office.

This Christopher Nolan mind-bender really flipped the script. Not only is it a science fiction film that mostly takes place within people's dreams, but the main heist in the film is also a reverse heist, with something being deposited by the movie's gang rather than being stolen.

Most heist films feature a slick gang of professionals — but not this one. Based on the real life Baker Street robbery from 1971, the film follows a group of amateurs who are hired to break into a bank and steal from a gangster's safety deposit box that contains compromising photos of a member of the Royal Family.

Joseph Gordon-Levitt portrays Christ Pratt (coincidence, not the actor) in this film, a young man who works as a janitor at a bank after suffering brain damage in a car crash in high school, where he was a star athlete, four years earlier. He is recruited to help a group of criminals perform a robbery at the bank, and struggles between doing the right thing and the prospect of using the money to regain his former glory.

The modern era of the blockbuster heist movie was kicked off by 2001's Ocean's Eleven, and this conclusion to the trilogy helped recapture that film's original spirit after the disappointing Ocean's Twelve. The twist here? Instead of being driven by greed, this casino heist is motivated by pure, sweet revenge.

It remains to be seen whether or not Triple 9 will be as fondly received as the films on this list, but one thing is certain: Heist movies aren't going away anytime soon.