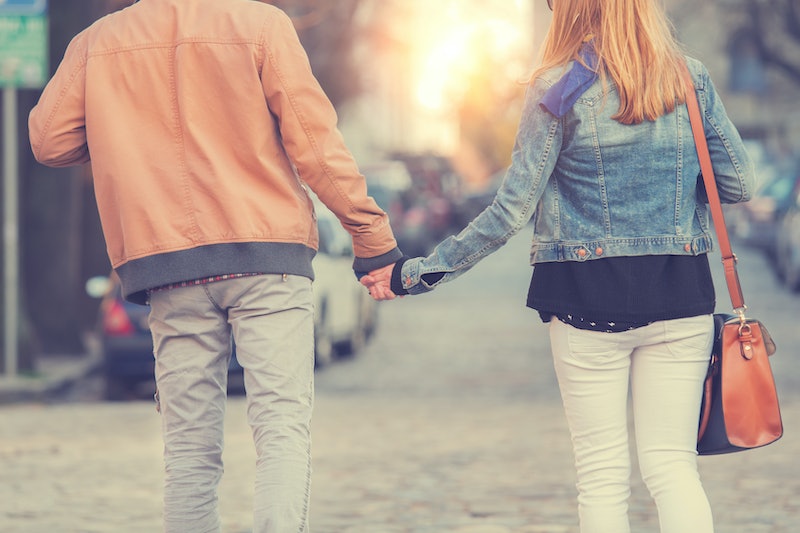 In the simplest of definition, a man child is an immature guy who just refuses to grow up. This doesn’t mean he necessarily lives at home with mom and dad ― although he probably should considering the way he functions in the real world ― but that he just doesn’t have his life together. What’s worse is that most of the time these guys don’t even want to have their life together. They’re content to be hanging out a bar on a Tuesday night, with zero ambition or desire to do anything to drink and get laid.

I have dated a few guys who would definitely qualify as a “man child.” There was the tattooist who had three roommates at the age of 35 and was always broke, the “artist” whom I was constantly paying for, because “I’m going to pay you back after I sell my next piece, I swear,” and the “musician” whom I actually married and realized I wasn’t just the breadwinner, but his caretaker in many ways, as well. Am I sucker? Oh, totally! Show me a cute wounded “tortured” artist and I will drop everything to save him.

But the problem with the man child is that once they reach a certain age, all hope is lost. If a man child in his 30s and 40s still can’t get it together, he never will. Will I ever date a man child again? No effing way. Here's why.

1. "Planning" To Do Something Doesn't Mean They'll Do It

What I mean by this, is that a man child doesn't actually do anything at all, but is always saying they’re “planning” on doing something. Planning to get a real job, planning to pay their rent on time, planning for us to go on a date to someplace other than the dive bar around the corner…. planning, planning, planning and never actually doing anything, which has led me to believe they're never really planning anything and may not even understand the definition of the word.

2. I Am Not A Babysitter Or A Mother

When you’re dating someone, you want them to be a partner. While it’s OK if one person makes more money than the other, but if that’s the case then the partner who makes less is supposed to pick up the slack in other ways ― that’s not the case when dating a man child. I wasn’t just paying for EVERYTHING ALL THE DAMN TIME, but I was picking up after them, reminding them when their bills were due, and handing them $20 so they could go out with their friends and get a drink when they were broke ― which was more often than not. It was exactly like the relationship I had with my parents when I was 15, except I wanted $20 for gas money to get to the mall for a Orange Julius with friends.

3. A Man Child Will Constantly Pass The Blame

Guys who are a man child can’t take responsibility for anything; like absolutely nothing at all. It’s actually fascinating. It’s like watching a little kid say “not me,” when their parents ask them who broke the vase in the living room although it was clearly them. That’s exactly what it’s like dating a man child ― “not me” is constantly their answer when confronted with anything that they obviously did. And if they do admit to something they did, it's never their fault, of course, because they’re always the victim. The love to play the victim card.

Honestly, this isn’t meant to be a superficial judgment of one’s clothing, but I believe every grown-ass man needs at least one suit. Not only did none of the man child dudes that I’ve dated didn’t own a single proper suit, but one of them didn’t even know how to tie a tie. I’m not joking. He was literally Googling how to tie a tie before meeting my parents for the first time. That’s actually the one I married and spent far too much time dressing for certain occasions during our marriage. But at least he got a nice wardrobe out of it... and several ties that I'm sure he'll never wear again.

Listen, I love to drink and stay up until dawn indulging in less than savory behavior. But I also know that you can’t do that every night of the week, because, well, unless you have a trust fund and zero responsibilities, life doesn’t permit such things. So while I always had fun with these man child guys, at some point you realize that doing pickle back shots at 4 a.m. when you have a 9 a.m. deadline is a bad, if not, disastrous idea. That was a concept that none of them could really grasp.

6. Constantly Nagging Someone Isn't Fun Either

I’m not someone who nags. I’m usually fairly laid back and not much pisses me off ― except social injustices, of course. But over the course of my relationships with these man children I was forced to nag, like really nag, because OMG dudes just wouldn’t listen or do what they were supposed to do!

They could never be anywhere on time, they couldn’t clean the dishes correctly, every time we went anywhere that was even remotely upscale or swanky, I had to prep them on how to dress and what was appropriate conversation. It was like sitting down a 10-year-old kid and telling them that when they go to their friend’s pool party, they can’t tell poop jokes and must abide by the basic rules of civility, like not pissing in the pool!

7. They Don't Care About Your Pleasure

Aside from the man child I married who was great in the sack (yes, I can give him that and actually may have a lot to do with why I married him), the other ones were pretty selfish in bed. I mean, they made an effort, but they made an effort in the way my first boyfriend did ― a sort of half-hearted attempt in which they didn’t really care if I climaxed, but they pretended like they did. While in bed a grown-ass man gives a damn about your pleasure, a man child is just… well, honestly, I’d rather rearrange my sock drawer than ever hook up with another one.

As I mentioned, the man children I’ve dated were “artists.” As a fellow artist, in my own right, I get that when you’re pursuing your art you feel that having a “real” job, as in a job that actually pays a proper wage, can you make feel like a sellout. I totally understand that! But what I understand more is that you can’t do your art, or whatever your passion is, if you don’t have a cent to your name. And if you don’t have a passion, you still need a damn job… it’s called how the world works.

9. They Can Make You Feel Like A Total Fool

The worst part about dating a man child is that eventually you feel like a fool… and an idiot, a totally blind twit, and as though you’ve been severely taken advantage of. I’m not saying that these boys, because that’s what they essentially are, meant to take advantage of me, but they did and I let them. It’s when you realize that you gave 100 percent to something where the other person only gave 30 percent, because that’s all their man child ways will allow, that you feel foolish and even embarrassed for being so dumb, for lack of a better word.

That’s why, I don’t care how cute, charming, or amazing the next guy I meet is in bed, if he’s a man child, I'm walking away. Actually, I take that back ― I'm running away. And I never run... unless I know there's pizza at the finish line.