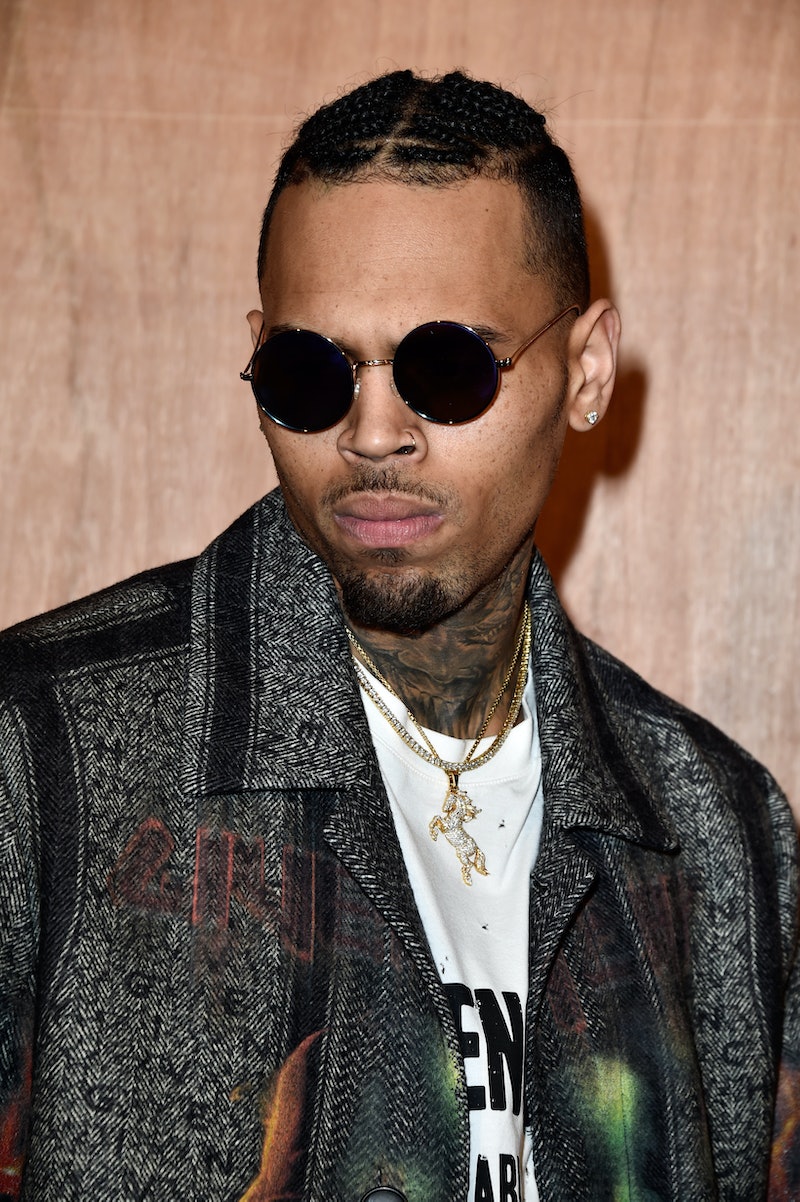 After being the subject of cheating rumors, singer Kehlani Parrish was allegedly hospitalized following a suicide attempt. According to various sources, the 20-year-old shared two now-deleted Instagram posts on Monday night, which showed her in a hospital bed with an IV. The caption on one allegedly said that she attempted to take her own life. (A rep at Parrish's record label has no comment at this time.) Following the news of the alleged suicide, Chris Brown went on a Twitter rant against Parrish on Tuesday night and his comments are upsetting, to say the least. Brown wrote,

There is no attempting suicide. Stop flexing for the gram. Doing sh*t for sympathy so them comments under your pics don't look so bad

There are plenty of reasons why Brown's remarks are unacceptable, but the biggest is that in posting such tweets, he dismissed what could potentially be a very serious mental health issue. Although the alleged suicide attempt is not confirmed, his tweets mock the rumors rather than giving Parrish the benefit of the doubt. In one of the alleged deleted posts about her recovery, Parrish reportedly wrote, "Everyone’s fighting things people know nothing about... thank you 4 all support." That first part couldn't be more true; you never know what's going on in someone else's head.

While you can go to Brown's Twitter page to see the rest of his insensitive posts, here's one example (and that in itself is plenty):

Based on Brown's other tweets, it appears that he was trying to stick up for Parrish's boyfriend (or ex-boyfriend, judging from her alleged Instagram post), NBA star Kyrie Irving. The aforementioned rumors alleged that Parrish cheated on Irving with her ex-boyfriend, singer PARTYNEXTDOOR. Still, no matter how much he may care about Irving, who he claims is a friend, it's not fair for Brown to attack Parrish this way. She's currently the subject of plenty of online rumors and bullying, so adding onto that is just unfair — especially when it's coming from someone with as large of a following as Brown.

Unsurprisingly, Brown's tweets resulted in backlash on social media, but based on his responses afterward, he did not care — which makes the situation all the more disappointing. On Wednesday morning, the 26-year-old posted another message, which said, "The amount of followers I got and the amount of comments are the amounts of f*cks I give."

Luckily, not everyone responded with such negativity. Nick Cannon shared a photo of himself hugging Parrish, in what looks like a hospital room. He captioned the picture, "Had to go grab my Youngen! #Family #LoveHug #NeverLettingGo #NeverLeavingHerSide #IGotYouForLife #UsAgainstTheWorld." Based on those hashtags and the photo itself, it does appear that he visited her in the hospital. On Wednesday morning, Nylon claimed that in another since-deleted post, Parrish wrote she is now "home" and "healthy."

Despite Brown's Twitter tirade, it's nice to see someone have Parrish's back. And fans' use of the hashtag #StayStrongKehlani show they're rooting for the singer, too.