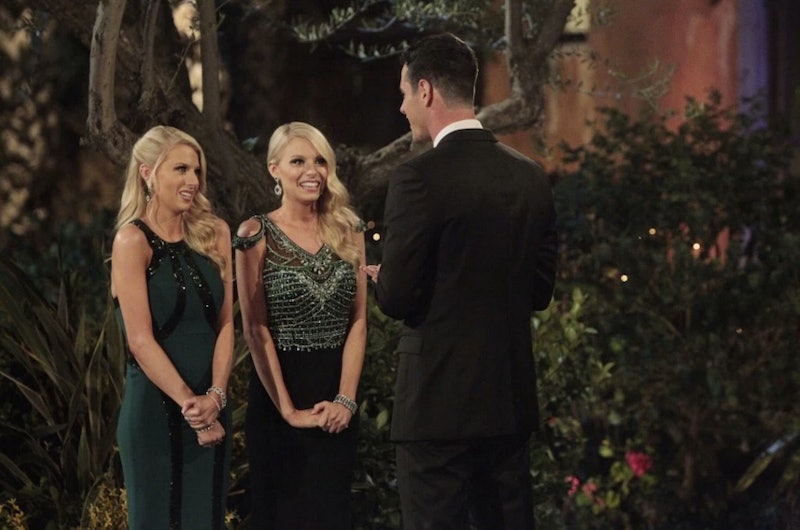 One of the best parts about watching The Bachelor is learning about the contestants. Not everyone can steal our hearts like JoJo did with her magical entrance into the Bachelor-verse in a unicorn mask, but others can get our attention with odd — often bizarre — job titles. But, what do Bachelor contestants do for work after getting a taste of reality TV fame? I am especially curious about those who started out with strange, or sometimes made-up sounding, jobs. It turns out that some Bachelor alums have weird jobs that are even stranger than the ones they had before the show.

It's no surprise that one of the staples of The Bachelor franchise is the strange occupations. And, there are many reasons someone with a — how do I put this? — “out there” job may be interested in The Bachelor. Often these odd jobs (usually entrepreneurial) have flexible schedules so there is the luxury of having time to do the show. Some entrepreneurs or entertainers may also do the show for publicity. Or, occasionally, the show makes it seem like someone has a weird job (chicken enthusiast) when they actually have a normal job (dental assistant). But, whatever the reason for the strange occupation, it’s pretty likely that things don’t get more normal for contestants after appearing on a reality TV show. In fact, sometimes the weird gets even weirder. Here are 7 Bachelor alums who have even stranger jobs now than before the show!

Alejandro may have been selling himself a little short with the title of “mushroom farmer.” It turns out that Alejandro’s mushroom farming landed him on BusinessWeek’s list of Top 25 Entrepreneurs Under 25, according to an article from Michigan Live, which also reported that Alejandro is co-founder of Back to the Roots, a respected start-up that sells sustainable mushroom-growing kits made from eco-friendly coffee grounds. Inc.com also profiled Alejandro for their 30 Under 30 list. So, try Mushroom Maestro.

How could we forget JJ the Pantsapreneur from Andi’s season of The Bachelorette? He was basically a designer of crazy pants for his clothing line, Hem Haus. According to his LinkedIn, JJ abandoned the pants project after one year in 2014. But, he hasn’t had any gaps on his resume since then. His LinkedIn boasts that he has since helped found a leadership camp at Burning Man and is currently the co-founder and CEO of Golden Spike, a “Bluetooth-connected smart vaporizer platform for new cannabis consumers.” Of course.

When Lucy appeared on the show with the words “Free Spirit” below her name, she was barefoot and wearing a flower crown. She was either the embodiment of a free spirit or laying it on a little thick. But, she is pretty out there IRL, too. She is not just a free spirit, but a model. And, she hangs with lots of other models, like Kate Upton, according to Heavy.com. Lucy is also nude… a lot, and she has even been naked skydiving. If anyone can earn the title Free Spirit/Model, it's Lucy.

During Desiree's season, Robert claimed he was the inventor of those spinning signs you see outside of loan companies and Subway sandwich shops. And, being the CEO of one company just wasn’t enough for him. According to his LinkedIn, Robert is now also the CEO of Brander Live, “a dynamic influencer-marketing agency that is focused on technology, international activations, and live influencer integrations." According to the site, his "solution involves harnessing the power of everyday social media leaders to create authentic conversations around the world's biggest brands.” If anything, this is a little more toned-down that inventing sign spinning, but it doesn't surprise me at all that Robert is bold enough to claim he can harness the power of social media.

Ok, ok, so we know that Diva-In-Training is actually a legit WWE title. But, what you may not know is that now Brittany is a wrestler who goes by the name Devin Taylor in the ring.

Their current positions are only weirder than "twin," because that's not a job title. It is just a familial fact about a person — or actually two people. Bustle previously reported on this odd job and explained that Haley and Emily also model, appear on reality TV (other than The Bachelor), and cocktail waitress for work. The women also run a lifestyle blog with their friend called Blondesense.

The pizzapreneur is still a managing partner in Denver Pizza Company, according to his LinkedIn. But, now, Mark also is the president of HookFish Branding Co., which, according to LinkedIn specializes in “production and distribution of promotional branded items" like "Dye Sublimation, Custom Cut and Sew, Vinyl Banners, Car wraps, Screen Print, embroidery and much more." Maybe they can even do a spinning sign for you.

More like this
JoJo Fletcher & Jordan Rodgers Got Married In A “Playful & Fun” Wedding
By Grace Wehniainen
Becca Tilley Confirmed Her & Hayley Kiyoko’s 4-Year Romance With A Heartfelt Note
By Brad Witter
The Richest 'Bling Empire' Cast Member Is...
By Hugh McIntyre
Ryan Seacrest's Net Worth: 'American Idol' Makes Up Only Half Of His Wealth
By Hugh McIntyre
Get Even More From Bustle — Sign Up For The Newsletter