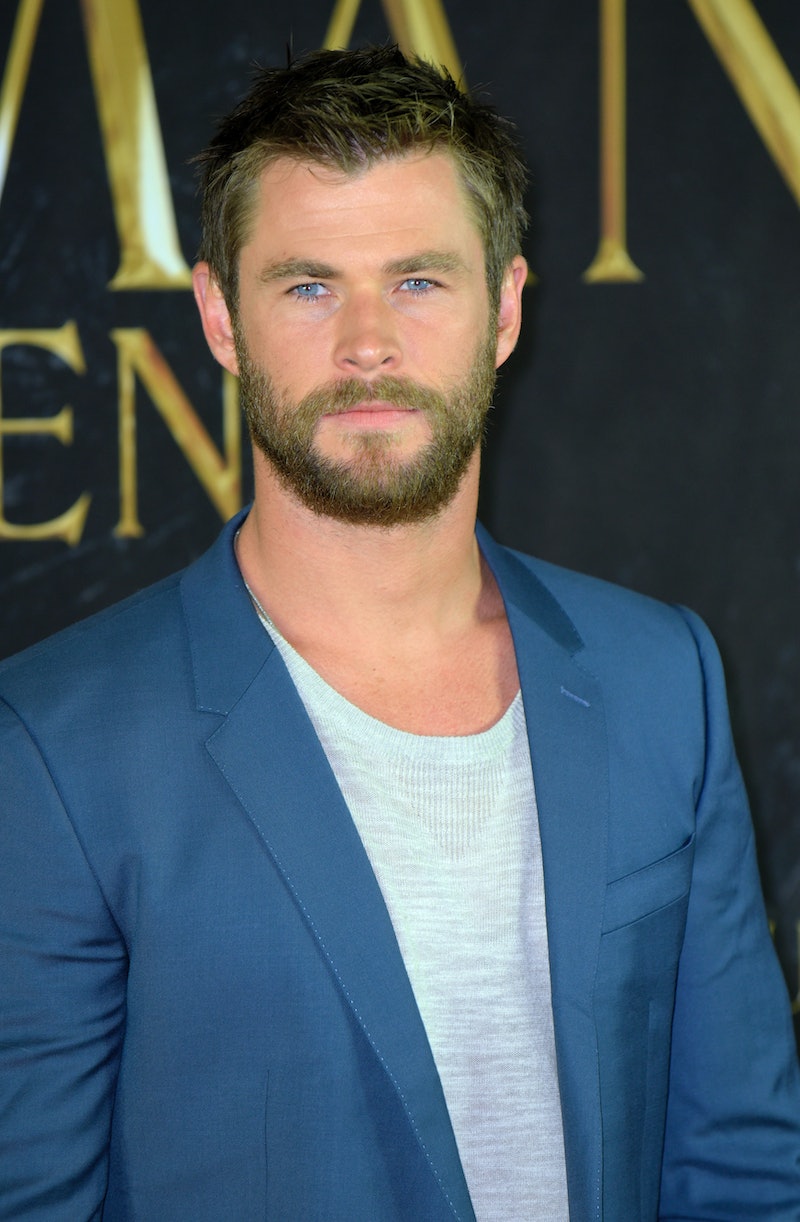 There's no denying that the topic of feminism can be divisive in Hollywood. Because there's still a bit of a stigma attached to the phrase, not all celebs are open to owning the label. Luckily, that's not the case for a certain actor. In an interview with the U.K.'s The Radio Times, Chris Hemsworth talked feminism and how there need to be more "badass female characters" in film, like those in his upcoming movie The Huntsman: Winter's War.

When asked if he identifies as a feminist, Hemsworth said,

Oh yeah, for sure. My mum’s a big feminist. I think that my views on things, as far as respect for women and so on, came from my mum. My dad has a very balanced and respectful view on a lot of things too. They were huge positive influences in my life.

It's common knowledge that Hemsworth is close with his brothers, Liam and Luke, so it's nice to see that his family influences his life in ways beyond prank wars. (Although they sure love joking around with one another!) It sounds like his parents raised him right and taught him the importance of respect, as well as equality. I also love that there's no hesitation in his answer, since he says "for sure."

In the same interview, the 32-year-old discussed his co-stars in Winter's War , which include Jessica Chastain, Emily Blunt and Charlize Theron. He described them as "badass female characters" and elaborated,

I think the balance has been tipped for a long time heavily in the men’s direction. There are seven to eight male superheroes and one female in there. This is the opposite. It’s exciting to be part of something like that. But it’s a funny conversation to even have, because of course it should be that way. Of course it should be equal.

His matter-of-fact attitude makes these comments even better, because he's essentially acknowledging that there's no reason women shouldn't be equal. It really is a simple and straightforward concept. Yet, he's not oblivious to the fact that gender equality isn't quite there yet. By participating in movies that feature strong female leads, he's helping shift that paradigm. And by speaking out about it, he's drawing attention to a subject that may otherwise be overlooked.

When you think about it, action movies — which tend to be the kind that Hemsworth stars in — feature far more male superheroes. There's Batman, Superman, Green Lantern, Spider-Man, the Hulk, Thor, and plenty more that I missed. Meanwhile, I can count the female superheroes on one hand. Catwoman? Wonder Woman? Black Widow? They're definitely outnumbered and harder to think of. That's why it's great to see a movie, like Winter's War , feature such strong heroines. The same can be said of Hemsworth's role in the upcoming all-female Ghostbusters reboot.

All in all, it's great to see him give credit where credit is due, and in this case, it's to the talented women he's working with. Although he's so candid about his feminist beliefs, the same can't be said for others in Hollywood, so I admire his openness. Hopefully this sparks more people to speak out too.