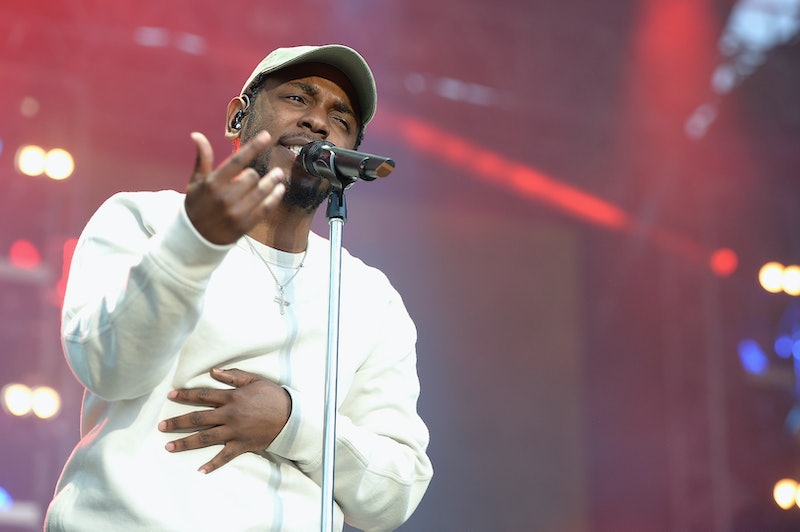 Following the release of Beyoncé's Lemonade — which features collaborations with an array of well known musicians — fans have begun to speculate which artists off the album will make an appearing on Bey's upcoming tour (if any). For instance, will Kendrick Lamar tour with Beyoncé? The Formation World Tour is set to commence on April 27 and will wrap up in June. Kendrick Lamar will be touring on his own in Spain, Ireland, and Southern California in July and August, so he could show up and make an appearance during some of Bey's performances, as her dates don't directly interfere with his schedule. I can't think of a better way for two socially conscious artists — both with similar messages on their minds — to celebrate and showcase their impact, so I hope it happens.

Over the course of 12 tracks, Beyoncé's Lemonade utilizes the vast talent of artists like Jack White, James Blake, and The Weeknd to see her artistic vision come to light. She even samples certain sounds from Led Zeppelin and the Yeah Yeah Yeahs. But one of the most salient songs on the album comes toward the end, in the song "Freedom" featuring Kendrick Lamar. The artist raps, "Channel 9 news tell me I'm movin' backwards\Eight blocks left, death is around the corner\Seven misleadin' statements 'bout my persona\Six headlights wavin' in my direction\Five-O askin' me what's in my possession."

"Freedom" is a meditation on the systematic racism and injustices of the United States. If you remember Kendrick Lamar's powerful Grammy performance, then this specific collaboration feels like a pertinent political follow up. Set against the backdrop of Lemonade — for all its own comments on racism, and intersectional feminism — Lamar's words compliment those of Bey's. if these two got the chance to perform together for Beyoncé's Formation World Tour, it's fair to say that their performance would be an unmissable, commanding one.

We'll have to wait and see if Bey will release any more information regarding potential guests on The Formation World Tour as the date approaches. We know that DJ Khaled will be with her, but the potential for Bey to bring on other guests — especially ones featured on Lemonade know that it has dropped — is always a possibility.