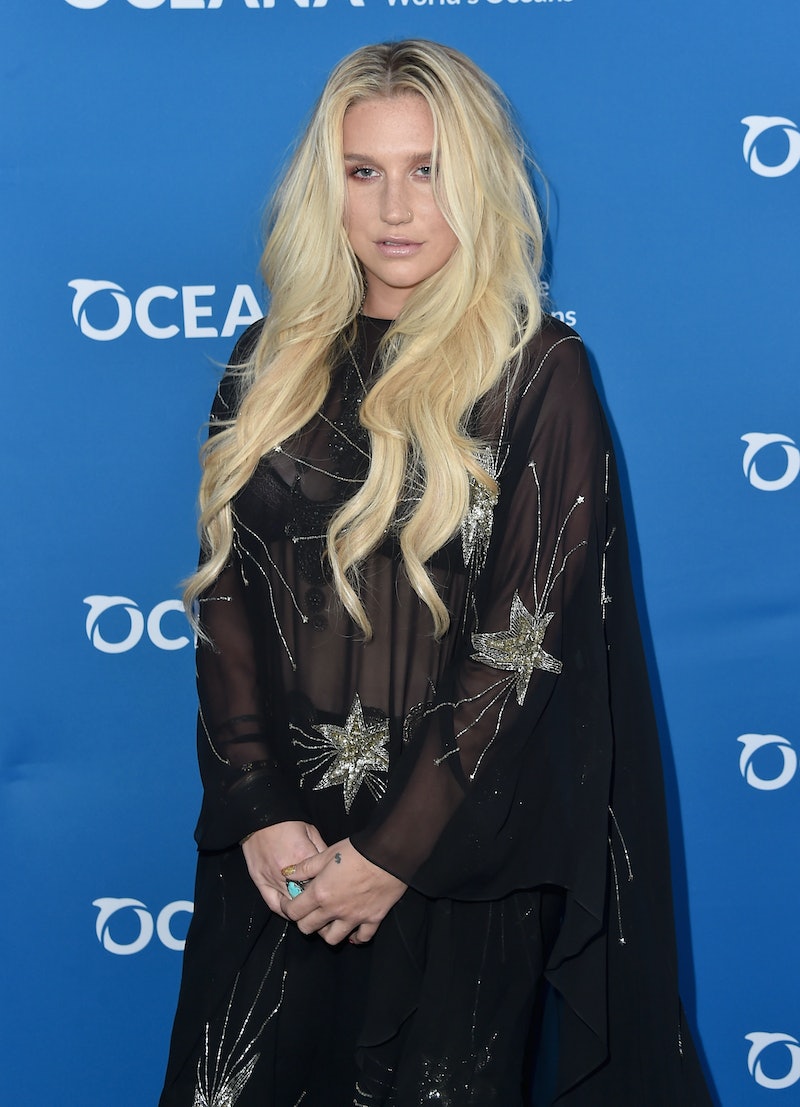 Showing that she really is a warrior, Kesha isn't letting ongoing legal drama stand in the way of her true passion: making music. Just two weeks ago, the "Tik Tok" singer performed at Coachella with Zedd. Now, her friend is coming through for her once again. On Tuesday night, Kesha returned to the recording studio, joined by the music producer-slash-DJ. She shared a black-and-white Instagram of herself singing with the following caption:

This is special for multiple reasons. First of all, this marks Kesha's return to the studio, following a judge's rejection of her request and subsequent appeal to leave her recording contract at Sony, where she worked with producer Dr. Luke (real name: Lucasz Gottwald). In 2014, Kesha filed a lawsuit against Dr. Luke, alleging rape as well as years of emotional and sexual abuse. Gottwald has adamantly and repeatedly denied the claims and countersued Kesha for defamation. Kesha later claimed she was told that she could leave the contract, if she "lied" and said she made up the allegations. (Gottwald's team claims this is untrue.) Kesha's return to the studio is major because it's been three years since she released music publicly. Her last single was "Timber" with Pitbull in 2013. That's far too long!

Another reason this rocks is that Zedd really followed through. Back in February, he tweeted at Kesha, "very very sorry to hear about the whole situation. I'll be happy to produce a song for you if you want my help." Now, it looks like it finally is happening. Many celebs have voiced their support for Kesha — from Lady Gaga to Adele to Ariana Grande — and it's nice to see Zedd helping her pursue her love of music.

The most powerful part of Kesha's Instagram caption is the notion of "finding [her] voice again." Because Kesha hasn't officially released music since making her claims against Dr. Luke, this is really her first opportunity to speak out through her music. And considering the particulars of her ongoing legal battle, there's power in Kesha speaking through song, whatever message or story she chooses to share via this new track.

She also used the hashtag #TrueColors, which is the same song Kesha and Zedd performed at Coachella. Perhaps this means that the two decided to record their version of his track in the studio to release to fans. Or maybe it's just a throwback to the last time they worked together, almost saying it shows Zedd's own true colors by having her back. But it's also interesting that Zedd posted a tweet Tuesday night from the studio, using a color palette emoji. Definitely seems like a hint to me.

However, it's unclear how exactly this plays out with the legal situation. Maybe if they're recording a version of Zedd's song, there could be some legal loophole? According to Entertainment Weekly, Dr. Luke's lawyer said in February, "The New York County Supreme Court on Friday found that Kesha is already 'free' to record and release music without working with Dr. Luke as a producer if she doesn’t want to." However, Kesha's lawyer claimed to a BuzzFeed reporter this was an "elusive promise."

Logistics aside, it's exciting to see Kesha hitting up the studio, which means new music must be in the works. Personally, I can't wait. It's been too long since her songs hit the airwaves.

Back in February, Sony's attorney told the New York Times: