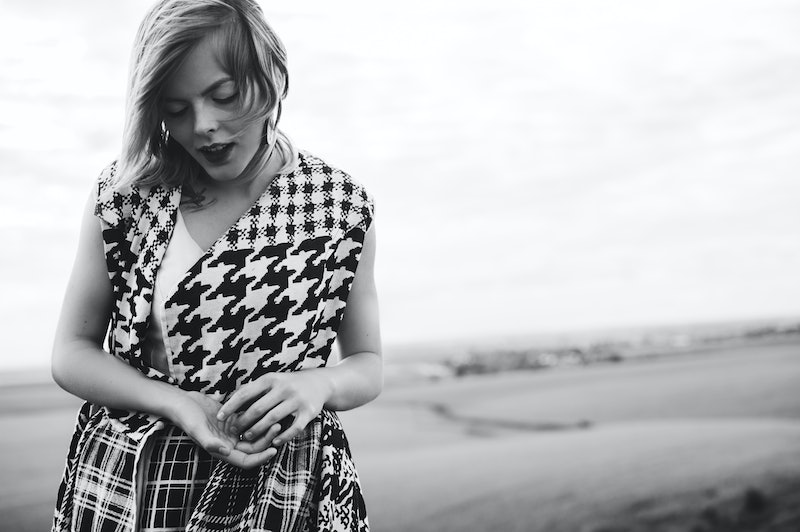 There was a big chunk of my youth where I believed that accidentally swallowing a watermelon seed would result in a watermelon growing in my tummy; similarly, I once believed that if I swam in a pool that someone had ejaculated into, the sperm would find its way up my vag and I would soon be with child. As you can see, both of these old wives' tales are equally ridiculous, but while the watermelon one can be viewed as endearing in a certain light, the pool sperm story is just disturbing — yet it only scratches at the surface of all the pregnancy tales we're taught growing up. Put all those bizarre fertility myths together and years later, you may have a young woman who feels pretty confused when it comes to the topic of pregnancy.

Bustle spoke with Alyssa Dweck, M.D., gynecologist in New York, assistant clinical professor OBGYN at Mt. Sinai School of Medicine, and author of V is for Vagina, who says learning the truth about fertility is just as important for young women who are looking to prevent pregnancy as it is for those who are trying to get pregnant. So no matter where you fall on this spectrum, you've got a lot to gain from sifting through the pregnancy myths to find out the actual truth. The sooner we squash these stories in our head, the less likely we are to have to deal with unlearning them later on in adulthood, when we've got more important things to worry about, like, you know, which cat to adopt at the shelter.

Here are seven fertility myths that women in the 20s often believe, debunked.

Myth #1: There's Only A Window Of A Couple Of Hours When You Can Actually Get Pregnant

The Truth: Dr. Dweck tells Bustle, "That's just not true. The fertility window for each cycle is probably a couple of days." It could be even longer, depending on your unique hormonal cycle. Furthermore, it's crucial to remember that sperm can stay in your body for up to five days. Stubborn little fellas. That means your fertility window could add up to six days at any given time, so plan accordingly.

In order to keep track of your ovulation, Dr. Dweck highly recommends using an app that tracks your menstrual cycle. These programs allow you to enter in your basal body temperature and cervical fluid consistency, factors that help you figure out when you're ovulating each month.

Myth #2: You Can't Get Pregnant When You're Menstruating

Ah, if only things were that simple. Let's be real for a second: It is rare to get knocked up when you're on your period, but it's definitely not impossible — so it's better to err on the side of caution and strap yourself and/or your partner into some contraception when the time comes.

The Truth: If you've got an irregular cycle, like many women do, you don't necessarily ovulate 14 days after your period starts. You could be fertile within a couple days of bleeding. And remember how sperm can linger inside of you for up to five days? Well, say you get down and dirty when you're on your period and that swimmer lives on for a few days. You start to ovulate, and an egg gets fertilized.

There is also a rare chance that you're actually fertile when you're menstruating, which is a possibility if you suffer from Polycystic Ovary Syndrome (PCOS). Women with PCOS face severe irregularities with their period and ovulation cycle. It can cause infrequent periods that make it nearly impossible to know if or when you're fertile — meaning it could even happen when you're menstruating.

Myth #3: Taking The Birth Control Pill For A While Reduces Your Fertility

When I was in middle school, my friend's mom lectured us in the car about the "consequences" of birth control. She harped on how it affects your long-term fertility. In other words: take birth control now and kiss any chance of future motherhood goodbye. The sad thing is, my friend and I (and I'm sure many others in my school) went on to believe this crap for years to come.

The Truth: "The birth control pill gets a bad rap when it comes to fertility," Dr. Dweck tells Bustle. "Women are afraid that when they come off the pill they’ll have trouble getting pregnant, but that's not the case." Age is the biggest factor to consider when you're studying your fertility. A lot of the time, women spend several years on the pill, so by the time they come off and they're ready to have kids, it's not as easy to get pregnant as it may have been when they started taking it — simply because they've gotten a bit older. "Their fertility is naturally declined already just because of age," Dr. Dweck says.

Furthermore, Dr. Dweck reminds us of all the reasons why teens and young women take the pill besides preventing pregnancy — such as irregular menstrual and unbearable cramps — which could point to something more serious like undiagnosed endometriosis. Dr. Dweck says, "[Problems like undiagnosed endometriosis] may be the very reasons they have fertility issues." However, they would only run into trouble conceiving after they've come off the pill, so many women wrongly assume it's the pill that caused the problems.

Myth #4: Having An IUD For Years Makes You Infertile

Intra-uterine devices (IUDs) are one of the hottest forms of contraception out there these days. Though only 10.3 percent of American women between the ages 15-44 using contraception are currently using an IUD, around the world, IUDs are the second most popular form of birth control, coming in just behind female sterilization.

However, the buzz around this device sometimes includes fear of infertility once it is taken out of the uterus. In 2012, the Center for Disease Prevention and Control released a study showing that a third of doctors even had misconceptions about the IUD's effect on pregnancy after it was removed.

The Truth: It's all hogwash, though, according to science. IUDs are a reversible form of birth control and once you have it removed, your chances of fertility bounce back to where they were before. Amy Bryant, assistant professor OBGYN at the University of North Carolina, told the Huffington Post that this rumor stems from a horrible IUD that was on the market in the '60s and '70s called the Dalkon Shield. But that was taken off the market a long time ago, and today's IUDs utilize a completely different design. She says, "The IUDs we have today are safe and they don’t cause infertility."

In fact, Bryant says that the IUD might be exactly the thing that gets you back to a healthy level of fertility. It doesn't suppress ovulation as much as the pill does, so she says that many women are actually able to conceive faster when they stop using the IUD, compared to those who are coming off the pill.

Myth #5: It's Pretty Much Impossible To Conceive After 35

Everyone who knows they want kids has a "scary age" in mind. You know, that number you keep in the back of you head that represents the point in time when you'll no longer be able to get pregnant. Women who are dead set on having a family keep it as a marker when they make life plans, so much so that it generally causes anxiety around the whole idea. It's definitely a belief that's unfairly perpetuated by our society.

The Truth: "Fertility starts to naturally decline probably as early as age 32, but we don’t really notice it until 35," Dr. Dweck says. However, once you hit 35, it's not as drastic of a change in fertility levels as you might think. The insane statistics we're told from the beginning — that a third of women between 35 and 39 who are trying to get pregnant will utterly fail — are coming from a long, long time ago. That particular statistic actually came from French birth records between the years 1670 and 1830.

This was before we had fertility treatments, advanced technology, and proper medication like antibiotics. People, this was before we had electricity, for heaven's sake. This information is extremely outdated and we have to start spreading the truth. In the journal Fertility and Sterility, Boston University researchers found that, out of 2,820 Danish women wishing to conceive and having sex when they were ovulating, 78 percent of women between 35 and 40 got preggo. And 84 percent of women between 20 and 34 ended up pregnant too. Feel better now?

Myth #6: Standing Up Right After Sex Stops You From Getting Pregnant

One of my favorites, this one. My grandmother once told me that standing upright after sex stopped Mother Nature from running her course. I also remember seeing a Sex and the City episode in which Charlotte rattled off all the positions that would either help you or prevent you from getting pregnant. According to her, standing was a no-no if you wanted a baby. Hopefully, we've learned not to take fertility advice from Charlotte York-Goldenblatt — or really any cable TV character — but that kind of misinformation still tends to stick in your head.

The Truth: "Sperm swims," Dr. Dweck tells Bustle with a laugh. But she's serious. Apparently, many women still have it in their heads that standing up post-coitus will pave the way for leakage, meaning that the chances of an egg being fertilized dramatically drop. Hate to break it to you, but sperm was designed to make it to certain lady parts, and no matter what position you throw yourself in, they're on a mission to get the job done. That also means putting your legs up after sex won't help the sperm get any closer to your eggs.

Myth #7: Terminating A Pregnancy Or Having A Miscarriage Wrecks Your Change To Conceive In The Future

This is a real fear for many women out there, though it's often not spoken of because it's such a sensitive topic. But Dr. Dweck considers it an important issue to discuss. "[Miscarriages] are pretty common in the grand scheme of things," Dr. Dweck says. Up to 25 percent of all recognized pregnancies end in miscarriage. And although abortion rates have decreased since 2010, they are still at the forefront of women's rights discussions, leaving many women to question their relationship to future fertility.

The Truth: Dr. Dweck says, "One [miscarriage] typically does not carry with it an overwhelming concern about future pregnancy." It can be chalked up to bad luck and it likely won't happen again. If you have two or three miscarriages, however, you might be looking at obstruction problems, a cervix that's not strong enough, or blood clotting. While these problems may affect your chance at getting pregnant, they're not caused by the miscarriages themselves, and they should be discussed with your doctor to fully understand the situation.

A medical termination of a pregnancy, such as taking the abortion pill mifepristone, usually has no consequence on your chance to conceive in the future, according to Dr. Dweck. When it comes to a surgical termination, it's only a matter of concern if it's performed multiple times. This "might weaken the cervix for future pregnancy," Dr. Dweck says, because the cervix will have been dilated enough to run risk of trauma to the cervical area.

If you have any specific questions about your past and your ability to conceive, as always, speak to your doctor. But know that no matter what your fertility worries are, the best way to fight fear is with information.