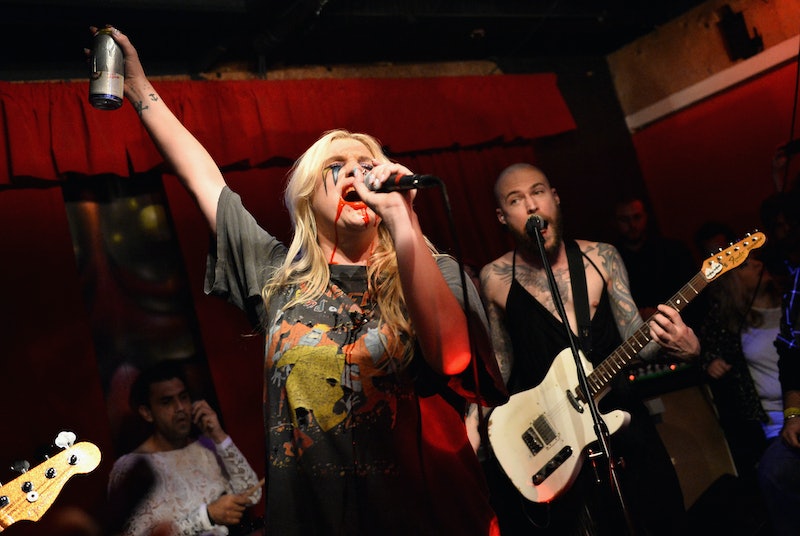 It's finally here: Just as promised, Kesha's first song in three years was released Friday, and trust me when I say it's a jaw-dropping masterpiece of a track. The song, which was recorded in collaboration with Zedd, is called "True Colors" — and if that sounds familiar to you Zedd fans out there, that's because it's actually a cover of his 2015 track of the same name. However, that doesn't mean it's identical: Kesha's version bears some subtle differences (she, for instance, changes the usage of "we" to "my" and "I," so lines like the one that originally read "We’ve escaped our capture/ Yet we have our masters" turn into lines like "I've escaped my capture/ and I have no master"), and the emotion she bears while singing the track is absolutely unparalleled.

The track was first confirmed by Kesha in a cryptic post on her Instagram in late April: "it's a miracle when someone gives you a chance at finding your voice again with no reason other than that he is a f*cking beautiful person with a heart of gold @zedd #truecolors," she captioned the post, which showed her back in the recording studio. Shortly after, a single cover for the track was released, as well as an anticipated drop date: April 29.

Of course, the track's release is a monumental victory for Kesha for more reason than just it's her first song in three years — it comes not long after her highly publicized legal battle with Sony producer Dr. Luke (real name, Lukasz Gottwald), the man whom she filed a lawsuit against in October 2014 accusing him of sexually assaulting and emotionally abusing her for a period of 10 years beginning when she was 18 years old. Dr. Luke filed a countersuit against Kesha shortly thereafter, and also denied the accusations on his Twitter account in February 2016, saying, "I didn’t rape Kesha and I have never had sex with her. Kesha and I were friends for many years and she was like my little sister," then, "It’s sad that she would turn a contract negotiation into something so horrendous and untrue."

Additionally, an attorney for Sony speaking to the New York Times revealed that the company would be unable to terminate her contract with Dr. Luke as well, and that they remained committed to supporting her career:

Then, on April 3, Dr. Luke's spokesperson released a statement to Rolling Stone.