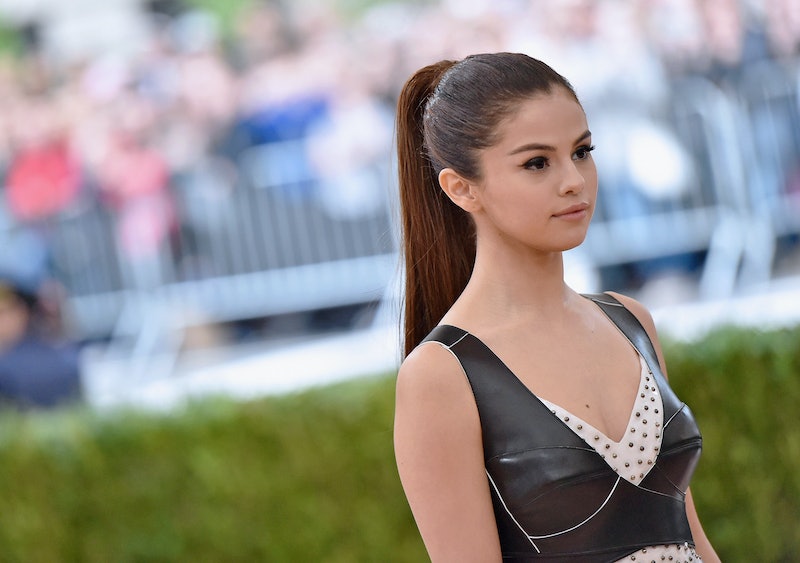 Fans of Selena Gomez have had to watch the singer go through some pretty high highs and some pretty low lows, but she seems to be in a very good place lately. Nowhere is that more evident than — well, than in her entire Revival album. However, coming in a close second is a recent interview with Marie Claire, in which Gomez talks about her Revival Tour, which kicked off on May 6, and how she plans to use it to redefine her image. The pop star's words gives me faith that she's gonna come out of this trickier part of her life unscathed. Gomez has always been talented, of course, ever since her Barney debut, so this isn't about that. I was never worried that her Revival Tour or upcoming film wouldn't be good; it was just hard to watch all the turmoil she's gone through lately.

She's taking charge, as she shares in a new interview with Marie Claire for their June 2016 cover, and it's incredibly inspiring to see. She said, "I finally just wanted to go for it. I wanted to do things that I knew were going to be me. I don't want people to look at me as someone who is just this celebrity person." I take this to mean that she wants to erase some of the distance between herself and her fans, to make herself more accessible to them and more human. We all have issues, of course, but it can be hard to tell when that celebrities are going through the same things as the rest of us when their images are so polished.

I feel like the whole message of Gomez's album Revival is about coping with something beyond your control, and the tour is about sharing that wisdom with her fans. It makes perfect sense that it coincides with a time in Gomez's life where she's really getting to know herself.

Even if you're not a fan of Gomez, then it's likely that by now you've heard of her lupus diagnosis or, more likely, the seemingly-endless drama between Gomez and her ex-boyfriend Justin Bieber. (In fact, the singer discusses in the interview how frustrating it is that so many of her interviews get reduced down to her personal life and dating drama.) It's beautiful to see her not exactly putting those moments behind her, but owning them, and electing to be open with her fans about the things that are hard and the things that are easy, the things that she loves and everything in between.

It's such a brave thing to put yourself out there like that, especially as a celebrity, and I'm so delighted that the 23 year old is finding her way to a place where she can confidently do that. It makes me optimistic that whatever choices she ends up making, that they'll be the right ones for her.