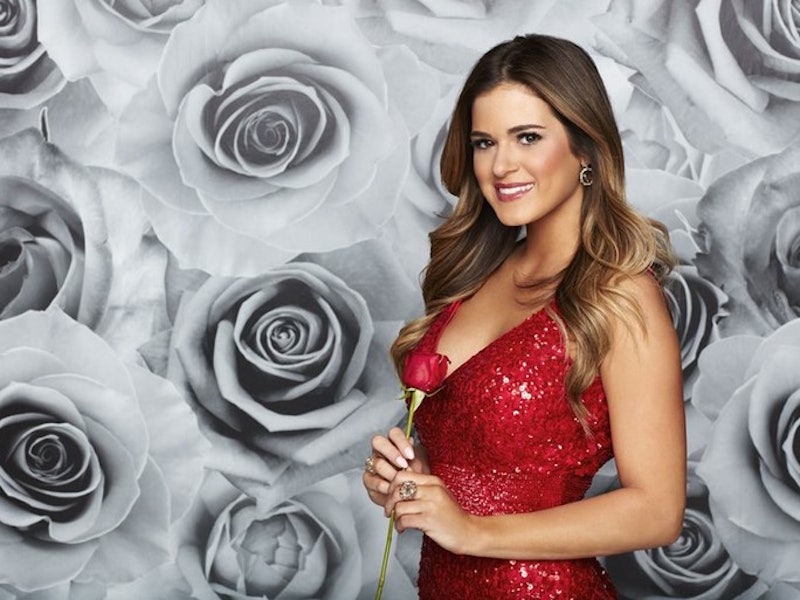 There are two types of Bachelor and Bachelorette fans. First, there are the fans who are all "Don't tell me anything. Just let me watch the show as it airs." Then there other viewers who just want to know whatever they can whenever possible. These are fans who check out the contestants on social media, read their biographies on the website, and even read the spoiler posts. That last part is what is really heavily debated amongst Bachelor Nation. Some members think that reading spoilers takes away from the show, but I strongly disagree. There are plenty of reasons why you should read The Bachelorette spoilers.

I think the main argument against the spoilers is that people think reading them will take away from the viewing experience, but I really do not think that it does. Before I saw a single episode of Ben Higgins' Bachelor season, I read everywhere that he was going to end up with Lauren Bushnell. I forgot about it for a minute just because there were so many blonde girls named Lauren, but even when I did remember I was so caught up in the show that I did not know what to believe. Even in the finale, I thought my girl JoJo Fletcher had a shot at getting with Ben, no matter what I read over and over again for months.

It doesn't seem to make sense, but I do believe that there are a lot of reasons why every fan should check out the spoilers.

Knowing who the contestants are will give you the info you need to do some social media snooping. You will know who is worth following on Twitter and Instagram before the show even starts. Plus, it's pretty interesting to watch a person go from someone who no one knows, to a social media user with thousands of followers, to a reality star who can get paid for endorsing detox tea. You'll get to watch the experience before it really starts — and you can also start crushing on the super good looking ones.

You Will Have Someone To Root For

Most people watch these shows because they want to see people fall in love, so if you know who to watch from the very beginning you will be more emotionally invested in the future couple that is forming. After reading about Lauren B winning Ben's heart, I felt vicariously offended when the girls would get jealous of her during group dates. I just wanted everyone to be nice to her so she could have a good experience while she was falling in love with Ben.

You Can Look For Foreshadowing As You Watch

The people behind the Bachelor and Bachelorette want to keep people guessing, but they also can't just hide a connection that is forming. It would be super weird for someone who barely got any screen time to end up winning the show — no one would care about them. So, if you know who the winner is or even the top few people, you can look out for foreshadowing and other clues as you watch to bring it all together.

You Can Enhance The Fan Experience

These days, there is much more to watching a television show than tuning in each week. Most super fans live tweet the show or at least read the social media responses to the action. Reading the spoilers just adds another dimension to things and makes The Bachelor/ette more than just a TV show.

You Won't Fall For The Tricky Editing In The Episode Previews

It makes sense that TV shows tease things in a way that keep fans tuning in, but if you don't want to fall for these tricks, read the spoilers. For instance, in the latest Bachelorette promo, it is teased that a former Bachelor is coming back. If you read the spoilers or even follow JoJo on social media, it is obvious who that is and pretty clear that the preview is actually trying to throw fans off the scent

Like I said before, I knew that Lauren B was going to get proposed to at the end of Ben's season, but I still had no idea who was going to win. I know that makes zero sense, but no matter what a spoiler says, I will never fully trust anything until I see it myself. I was watching that finale rooting for JoJo as if she had a shot. I really though that she and Ben were forming an unbreakable bond during that bathroom floor cry sesh even though I knew better.

You Can Win Your Bachelorette Bracket

Some people might consider it cheating, but I just call it good research. (Do this one at your own risk!)

If you really want to make your Bachelorette experience more than just watching a TV show every Monday, you should just go all out. Read the spoilers. It will enhance your experience, I promise.