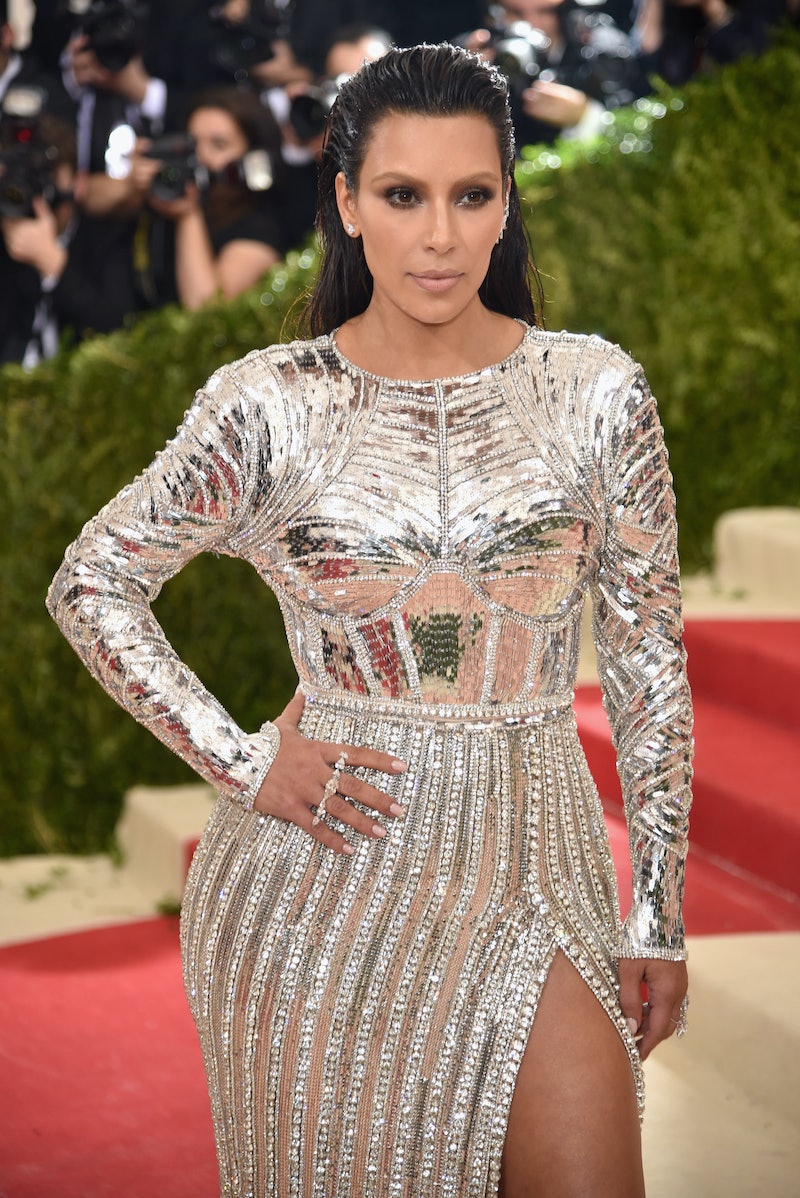 When your every move is heavily scrutinized by everyone from well-intentioned fans to Internet trolls to the media, it can be difficult for celebs to block out all the noise and not let others' opinions get to them. In fact, some stars spend their entire time in the spotlight attempting to tune out the reactions and the chatter — an incredibly difficult feat, especially with the double-edged sword that is social media (great for promoting your craft, not so great for ignoring hate tweets). And though there are many A-listers who fight hard not to care what the public thinks of them, there are plenty of celebs who do care what you think — and they let their feelings be known.

Regardless of the fame, regardless of the money, and regardless of the legions of adoring fans, at the end of the day celebrities are human beings. They're people just like you and me, and no amount of media training or thick skin should require that they put up with cruelty from bullies and some facets of the media. So maybe walk away from this post aware that stars are, in fact, affected by what you say — so be careful how you say it.

Kim Kardashian may live her life in the spotlight, but that doesn't mean that the harsh scrutiny hasn't gotten to her — particularly when she was pregnant. According to People, Kardashian was so deeply affected by the body shaming — in magazines and on social media — that it just made her want to "tune out the media," she told the magazine.

The Biebs has made things adamantly clear to the public: He is under no obligation to take photos with fans, and it's clear by his recent Instagram rant that the "entitled" feeling from fans has most definitely gotten under his skin.

There's a time and a place to hate on your team's rivals, and that's pretty much limited to when the two play each other in the same stadium. As in, Derek Jeter doesn't mind being heckled, Red Sox fans, but it gets to him if you do it somewhere that's not the appropriate location. Like a restaurant.

"The Boston fans — you know what? You always meet people time [to] time, and they say, ‘I’m sorry, I’m a Boston fan.’ Really, I don’t care if you’re a Boston fan. That’s fine," he revealed on Late Night With Seth Meyers . "We’re not at the stadium. Just don’t yell at me at restaurants."

Teen Mom 2 star Kail Lowry may put on a tough front, but she revealed on Twitter that viewers' opinions get to her, just like everyone else:

Iggy Azalea was so tortured by Twitter trolls that she left social media for months, taking a break from the body-shamers and instead focusing on the positivity in her life.

For some weird and inexplicable reason, the public started to turn on Anne Hathaway during awards season in 2013 and people began actively hating her. The actor — who won the Academy Award for Best Supporting Actress that year — recalled the first time she saw an article detailing that kind of hatred, and she described it to Harper's Bazaar as being "punched in the gut."

"Shocked and slapped and embarrassed. Even now I can feel the shame," she recalled. "I was in crisis. Now I'd be fine. I really would be. I'd let it roll off my back, but at the time I was still partly Fantine. I was still identifying with being a victim."

Most of the time, it seems like K. Stew would be the last celeb to care what the public thinks about her. But in the aftermath of cheating on Robert Pattinson with her married Snow White & The Huntsman director, she felt awful that she subjected to so many people close to her to such harsh public embarrassment.

"I'm deeply sorry for the hurt and embarrassment I've caused to those close to me and everyone this has affected," she said in a statement at the time. "This momentary indiscretion has jeopardized the most important thing in my life, the person I love and respect the most, Rob. I love him, I love him, I'm so sorry."

Being in such an intensely popular band like 5 Seconds of Summer, the band members are used to letting fan commentary roll off their backs. But when one fan took things too far when verbally attacking the singer's girlfriend on Twitter, Luke Hemmings allegedly DMed the fan to let her know that that kind of behavior was not acceptable.

For the most part, Demi Lovato stands by her "Really Don't Care" attitude when it comes to online trolls and troll-y media. But after The Daily Beast published a story on her longtime boyfriend Wilmer Valderrama, Lovato held nothing back.

"@thedailybeast such a classy "news site" you are. Writing horrible things about people you know NOTHING about. Get a LIFE you ignorant f*cks," Lovato tweeted in response to the article.

The world will never forget when Zendaya took a diss and transformed it into a teachable moment. After Giuliana Rancic made an off-hand remark that Zendaya's dreads made her look like she smelled like "patchouli oil and weed," the singer took to Instagram to educate the public on racism — and became an American hero in the process.

Rumer Willis has spoken out about the horrific body shaming she's received in the past, revealing how she took the words to heart to such an extent she even considered plastic surgery.

"People would say I looked like a man or something called a 'butterface,' which means everything good but her face, or potato head was the big term that everyone used a lot, basically making fun of the way I looked," she tearfully recalled on Dancing With the Stars. "For years I thought, 'Maybe I can get plastic surgery ... If I change my face or get really skinny, that will be it, that will be the answer.' And it's not."

Instead, Willis has repeatedly fought bullies, photoshoppers, and body shamers, turning her past experiences into inspiration for others.

Kris Jenner has admitted that she has Google Alerts for all of her kids — to keep track of them, yes, but as the "momager" of easily the most successful celebrity brand in all of Hollywood right now, to most likely keep track of their ~image~ as well.

Pour one out for the Larry die-hards. Louis Tomlinson has said that the fans who believe that he and Harry Styles are in a secret relationship have gotten so intense that it affected the way that he and his former 1D bandmate interacted with each other.

"Me and Harry are best friends. People look into our every move — it is actually affecting the way me and Harry are in public," he said during a 2012 interview with Tumblr’s Storyboard, according to The Mirror.

Kylie Jenner's Lip Kits may be the hottest thing in the world of matte lips right now, but once she heard negative feedback from customers, she was on it — improving the kits and proving that she values what the consumer has to say.

The Teen Mom ladies certainly get a hell of a lot of feedback from fans, and while they usually try to brush off any negativity, it does get to them (just look at what Kail Lowry said above). And Jenelle Evans — who easily gets the most hate out of any cast member save for Farrah Abraham — typically engages with fan reactions on Twitter. Below is just one example, where she explained about how the filming process works after fans were giving her a hard time about her kids playing outside without her.

Katy Perry has been vocal about Googling her own name before. And you better believe that she is aware when rumors pop up about herself, often taking to Twitter to chop them to bits.

As the old saying goes: If you don't have anything nice to say, don't say anything at all — you never know how deep your words can cut. At the same time, it's nothing short of empowering to see how some of these stars turned their haters into their motivation to inspire others.