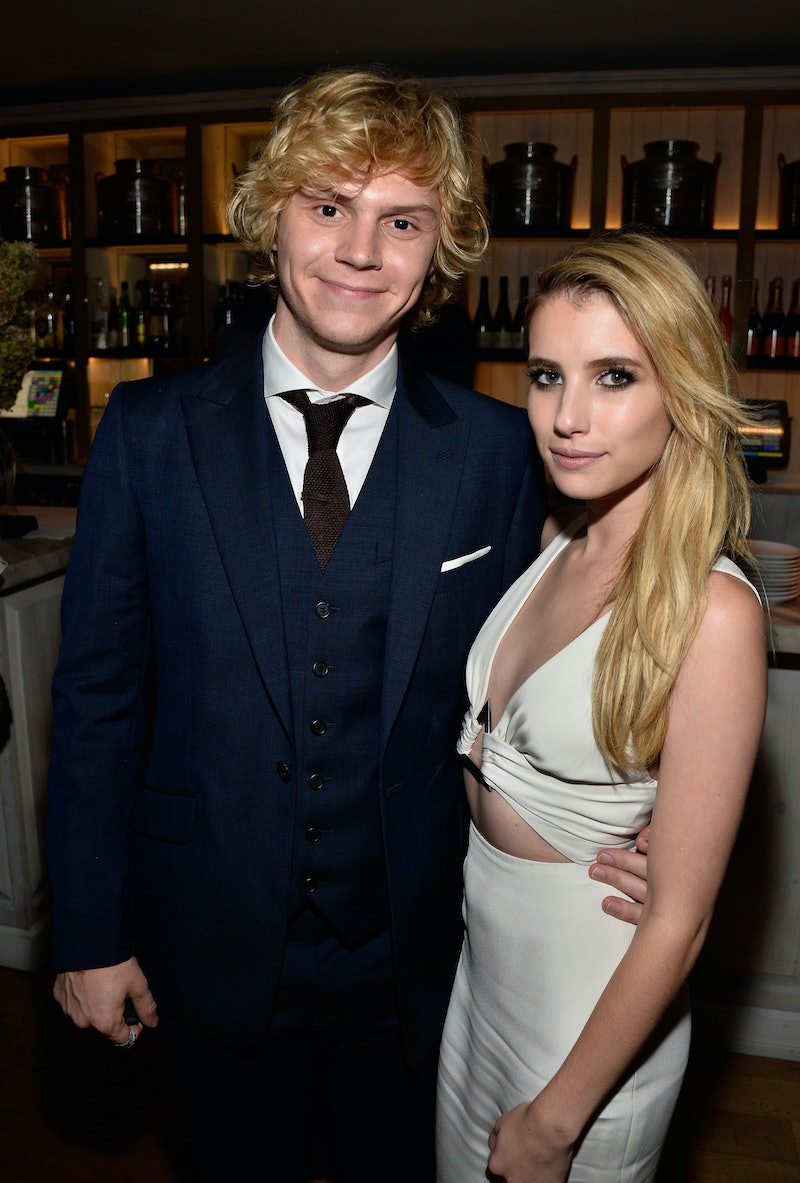 This is one celebrity couple who just can't stay together. According to Us Weekly, Emma Roberts and Evan Peters broke up — again. I know, I know. They always seem to be breaking up and getting back together, but don't worry, they could totally reunite at some point in the future. I mean, the former American Horror Story co-stars don't appear to be able to stay away form one another. Whatever the case, why did Emma Roberts and Evan Peters break up this time around?

Bustle has reached out to reps for Peters and Roberts regarding the breakup report, but has not yet heard back.

Per Us Weekly and several inside sources, "the split was amicable." Yeah, that's all the information (so far) that you're going to get about the duo breaking up for the second time. At this moment in time, not much is known about their split. If you recall, the report is pretty much exactly the same as when the two ended their engagement in June 2015. As a source told JustJared.com at the time of their breakup at the time, "Their three years together just ran its course. They have so many great memories together but couldn’t make it work in the end. The break up was amicable — there was no drama whatsoever. Emma and Evan are even still friends!"

For those who need a refresher, in January, it was reported the TV stars were back together, seven months after calling off their engagement. Neither actor ever officially confirmed on or denied their reconciliation, but there were too many signs and paparazzi photos for them to dissuade their shippers otherwise.

Well, I guess it's a good thing that every time they go their separate ways they seemingly remain friends and don't experience any drama. Wouldn't it be great if all breakups could be so smooth?