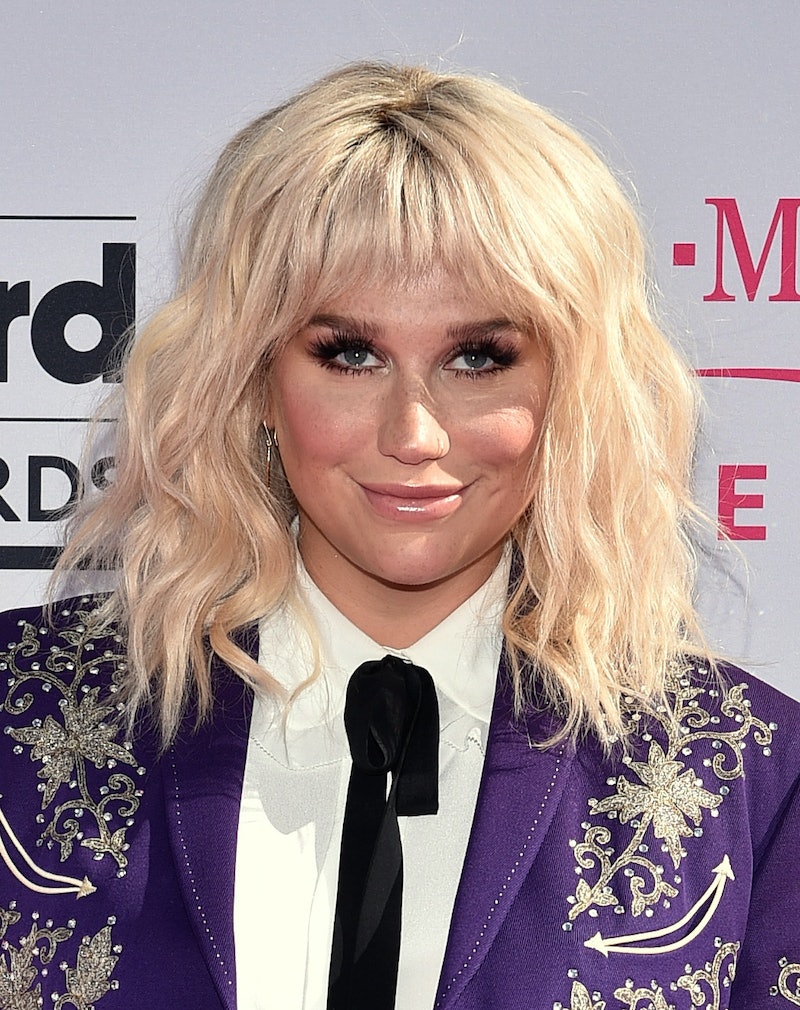 After much dramatic back and forth, Kesha performed at the Billboard Music Awards after all. That in itself was a victory, but the actual performance was even more triumphant. Seeing the "Tik Tok" singer take the stage was an empowering moment in music. Amidst ongoing legal battles, it's great to see Kesha continue to perform and raise her voice. Plus, she walked the red carpet with friend Ben Folds and paid tribute to both Prince (thanks to her purple suit) and Bob Dylan. Talk about a successful night.

This on-again, off-again (and ultimately on-again) performance was a major topic of discussion in the week leading up to the BBMAs. Fans were incredibly disappointed when news broke that Dr. Luke’s record label, Kemosabe Records, rescinded its original approval of her performance. Luckily, they changed their minds, and it all worked out. The label released the following statement prior to Sunday's show:

During the BBMAs, Kesha took the stage with Folds and performed a Bob Dylan tribute. She even received a standing ovation. Meanwhile, fans also celebrated the moment on social media. Here's a sample of how fans handed the momentous performance:

Her outfit was just as powerful as the performance itself.

Nice to acknowledge Folds' talent, too.

Return To The Stage

The performance really was a reminder of Kesha's true talent.

Perfect use of that meme.

Let's Not Forget The Standing Ovation

Tears. So Many More Tears.

But actually. Multiple reasons for the tears.

Do You Have A Soul?

Seriously, she doesn't need it. Ever again.

Kesha can also count celebs among her fans. The Orange Is The New Black star posted this heartfelt Instagram after meeting backstage.

Just like during all of the legal drama, people are rallying around the singer's latest performance. And that in itself is promising to see — no matter what happens in the court system.