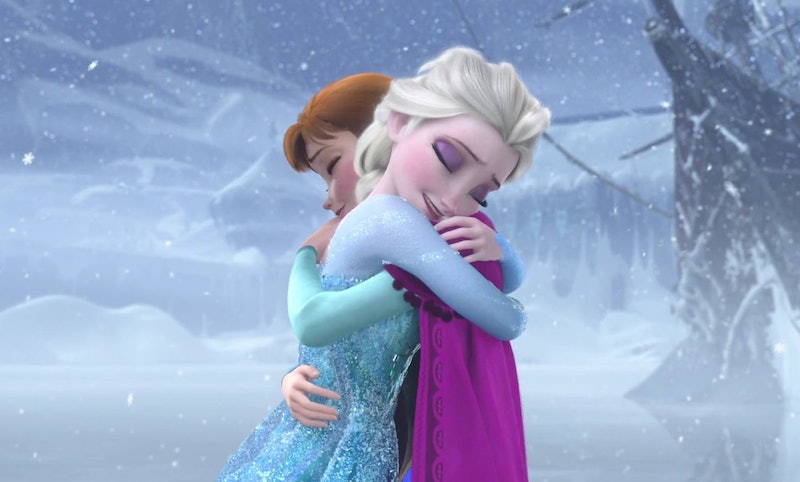 Like me, you probably grew up watching Disney movies. They were a staple in my house, and I can't imagine growing up without those classic films in my life. Whether or not I learnt anything useful from Beauty And The Beast or The Little Mermaid is debatable, but the movies were filled with memorable songs, amazing costumes, and perfect love stories. In hindsight, some of the relationships portrayed in Disney movies may have given me unrealistic expectations about dating, but I wouldn't change any of them for the world. So which movie introduced us to the best Disney couple ever, hands down? Like, if there was a competition, which famous Disney couple would win?

Obviously, this question is incredibly subjective, and there are literally so many great answers I could give. For instance, I absolutely love The Little Mermaid, and think Ariel is one of the most awesome Disney princesses there is. Belle from Beauty And The Beast is also amazing, and I have a soft spot for the way in which she gets to know and falls in love with the Beast, before she knows what he really looks like. But if I can only pick one relationship, then the best Disney couple ever, as far as I'm concerned, is featured in Frozen.

Frozen has a special place in my heart because it's not, primarily, a love story. Instead, it's a story of two very different sisters who learn to look out for each other. There's a lot to love about that premise. Add in some trolls, a loveable snowman, and a beautiful icy setting, and you have one of the most incredible Disney movies ever made. And what's so great about my chosen couple, Anna and Kristoff, is their unlikeliness as a couple, and the fact that when they meet, she's betrothed to someone else.

Anna thinks that Prince Hans of the Southern Isles is her one true love, and she is ready to marry him. However, when she sets off to find her sister Elsa, Anna partners with Kristoff, his reindeer Sven, and snowman Olaf. From their first meeting, Kristoff and Anna have instant chemistry. Because she is already engaged, Anna doesn't consider Kristoff to be a prospective love interest, and that probably makes her more open, and less concerned about embarrassing herself in front of him.

It's obvious early on that Kristoff is attracted to Anna, but Anna is convinced that she's already found her soulmate in Hans. By getting to know Kristoff on this journey to find her sister, Anna learns so much about herself. Perhaps the biggest thing she finds out is that love isn't necessarily instant, not a firework that happens at once, but that it can be a slow burning thing which develops the more you get to know someone. Kristoff is there for her, makes her laugh, and supports her. The pair have such a strong friendship, in which Anna is autonomous, and the fact that she's a princess is not exploited for personal gain. He likes her for who she is, and vice versa.

The relationship between Kristoff and Anna is inspiring and lovable through and through, and it's refreshing to see powerful women in a Disney film who reject the prince in favor of a partner of their own choosing.