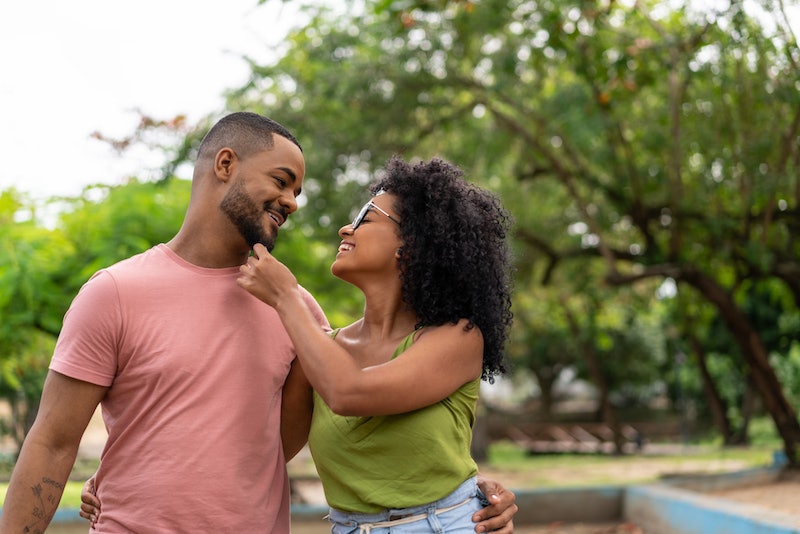 MesquitaFMS/E+/Getty Images
By Suzannah Weiss
May 28, 2016

People like to say that relationships are all about compromise, and that's true to an extent — for small things. But there are some things a feminist shouldn't tolerate in a relationship, no matter what. You need a partner who respects the values you hold near and dear to you heart, supports you in your fight for them, and never makes you feel the need to apologize for them.

I know this is easier said than done, though. I dated a lot of people who weren't feminists and even some outright anti-feminists before I decided to take a stand and only date feminists. In relationships with people who weren't feminists, I was afraid to be myself. I was scared they would take offense at anything I said to advocate for feminism. I had to censor myself all the time.

Since then, I've noticed that beyond a partner's outright rejection of feminism, there are a number of more subtle relationship red flags for feminists. Below are a few things that no feminist should have to put up with in a relationship, because you deserve someone who will embrace every part of you, including your feminism.

Unfortunately, the stereotype of the ball-busting, paranoid, man-hating feminist has become a joke — but your partner should understand it's not a funny one. It's not OK to say something negative about someone based on any aspect of their identity, including their feminism. Even if they talk about how "extreme" feminists are bad but make a distinction between that and you, that often really just means they're against what feminism stands for entirely.

2. Gaslighting You About Sexism

If you experience sexism at the hands of your partner or someone else, you have the right to express your concerns about it to your partner. Gaslighting — making someone doubt their perceptions by telling them they're overreacting or being too sensitive — is a tactic often used to dismiss feminism. If you point something out that was hurtful to you or others because of their gender, race, or any aspect of their identity, your partner's reaction should not be to question whether or not you should be offended. It should be to improve their own behavior. If you're offended, chances are something was offensive.

3. Mansplaining Feminism To You

If you are a woman or gender minority dating a man, there's a chance that you'll experience mansplaining — the act of explaining something to a woman that she already knows because you assume your knowledge is superior to hers. One of the most frustrating instances of mansplaining is when the topic of the explanation is feminism itself. If you've been a member of an underprivileged gender group and your partner hasn't, they have no right to explain to you what it's like to experience sexism. You're the authority on your own experiences.

Similar to gaslighting, derailing a conversation about social justice means taking it in an unrelated direction that usually dismisses the concerns of the marginalized group. For example, if a partner responds to your concerns about the objectification of women by saying that men can be objectified to, they're right, but they're not listening. The fact of the matter is that women and non-binary people bear the brunt of sexism, and turning the conversation toward men's rights detracts from the most pressing problems.

5. Not Backing You Up When Other People Do These Things

When you're with your partner and somebody else insults feminists, dismisses your concerns about sexism, or mansplains to you, they shouldn't let it happen. They should stand up for you. Especially if they're a member of a privileged group, they have a lot of power to change how other privileged people think. You shouldn't have to feel alone when you experience sexism, especially not when you're with your partner.