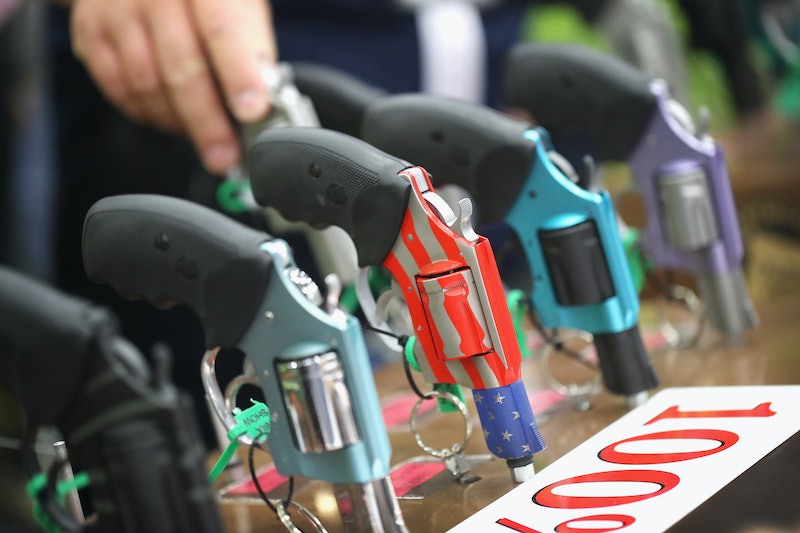 Earlier: Early Sunday morning, a shooting at Orlando gay nightclub Pulse resulted in mass casualties and injuries. While many are speculating about the gunman and his motives, this is also a moment to look at Florida gun laws to see if the ease of obtaining a weapon may have played a role. While some cities, like New York, make it difficult to even possess a firearm within city limits, in Florida, and Orlando specifically, you do not require a permit to purchase a gun, you are not required to register your firearm, the owner of the firearm does not need to be licensed, and you need a permit only to carry a handgun, but not a rifle or shotgun. Persons under the age of 18 may buy a firearm if they have permission from a parent or guardian.

From the state's constitution, Article 1, Section 8

“(a) The right of the people to keep and bear arms in defense of themselves and of the lawful authority of the state shall not be infringed, except that the manner of bearing arms may be regulated by law. (b) There shall be a mandatory period of three days, excluding weekends and legal holidays, between the purchase and delivery at retail of any handgun. For the purposes of this section, “purchase” means the transfer of money or other valuable consideration to the retailer, and “handgun” means a firearm capable of being carried and used by one hand, such as a pistol or revolver. Holders of a concealed weapon permit as prescribed in Florida law shall not be subject to the provisions of this paragraph. (c) . . . anyone violating the provisions of subsection (b) shall be guilty of a felony. (d) This restriction shall not apply to a trade in of another handgun.” Article 1, Section 8.

The legislature of the State of Florida, in a declaration of policy incorporated in its “Weapons and Firearms” statute, recognizes that adult citizens of the state retain their constitutional right to keep and bear firearms for hunting and sporting activities and for defense of self, family, home, and business and as collectibles.

The Orlando police department has said that the shooter was killed during the massacre, and that this is being treated as an act of terrorism.

No word yet on the type of weapon he was using or how he went about obtaining it, but given the state's lax gun laws, it likely was not difficult.

Here's a list of ways on how to help Orlando victims and their families in the wake of this senseless gun tragedy.