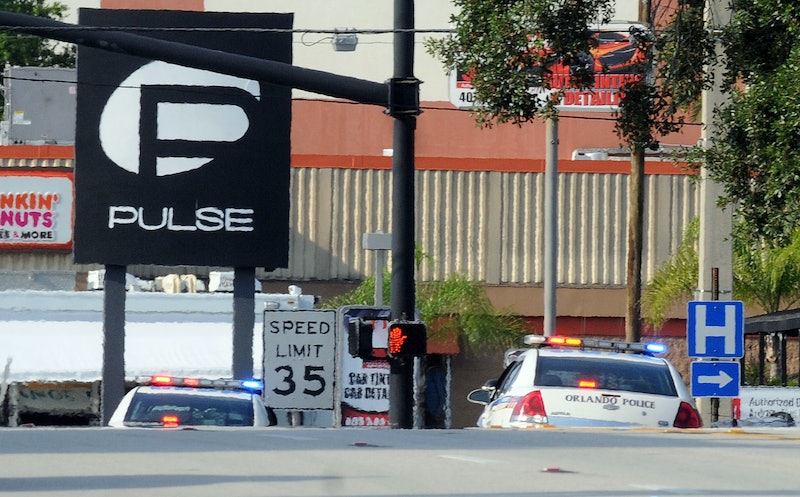 Update: In a press conference Monday morning, Orlando police confirmed that 49 people had been killed and 53 injured early Sunday morning atOrlando's Pulse gay nightclub in the deadliest mass shooting in recent U.S. history. After opening fire on the crowd, an individual named Omar Mateen had taken hostages and was ultimately killed in a stand-off with police; Mateen had called 911 and pledged allegiance to the Islamic State shortly before the massacre. Orlando mayor Buddy Dyer declared a state of emergency, and the massacre is being investigated as an act of terrorism.

The victims' names were released by the city of Orlando on its website as their next of kin were informed. Here are some ways to help the Orlando shooting victims and their loved ones; you can also donate to the victims' fund, as well as express your solidarity with the LGBTQ community byposting a tribute online. You can also attend a vigil near you to honor the victims.

Earlier: The news surrounding early Sunday morning's Pulse night club shooting in Orlando, Florida continues getting more heartbreaking. The death toll has been raised to 50 people deceased and more than 50 people in the hospital, making it the biggest mass shooting in American history. Following this news, mayor Buddy Dyer has declared a state of emergency for the city of Orlando, according to the Orlando Sentinel. Dyer also asked Governor Rick Scott to declare a state of emergency for the entire state of Florida. Just before 11 a.m., Scott has not yet declared a state of emergency across the whole state, but released the following statement on Sunday morning:

Our thoughts and prayers are with the victims, families and all those affected by this horrific tragedy. We are a strong and resilient state and we will devote every resource available to assist with the shooting in Orlando. Our state emergency operations center is also monitoring this tragic incident.

Scott's statement also said he's been in "constant communication" with Mayor Dyer. He also thanked the first responders who arrived on the scene.

If you're looking for how to get involved and help Orlando, donating blood may be your best bet. In a statement from OneBlood, the organization said, "There is an urgent need for O Negative, O Positive, and AB Plasma blood donors following a mass shooting in Orlando, Florida."

Update: According to the Orlando Sentinel, blood banks are at capacity, and donors are asked to return in coming days.

For more ideas, check out this list of ways to help victims of the shooting.