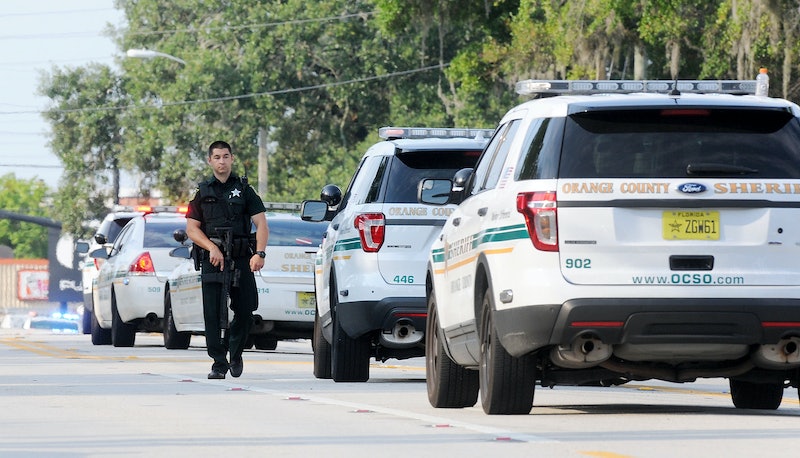 Earlier: Early on the morning of June 12, a mass shooting in Orlando, Florida broke out at PULSE nightclub, a gay club south of the city's downtown district. The result is the deadliest mass shooting in American history, with 50 casualties and over 50 injured. Investigations into this act of domestic terrorism are unfolding.

While few of us can likely understand the kind of horror involved in being trapped in such a violent attack, editor of Huffington Post's Queer Voices section Michelangelo Signorile explained why this shooting feels particularly painful to so many.

He wrote, "The brutal reality that jarred Orlando’s LGBT community, and the entire nation, is something that LGBT have always experienced, as gay and lesbian bars and clubs have been targeted in the past by those who harbor hate toward LGBT people. And it’s a reminder — whatever the motives — of the animus against us, and the ever present danger, with which we still live."

The Orlando shooting occurred right in the middle of Pride month at a place where, as Signorile wrote, "LGBT people feel welcome and accepted" and "comfortable and safe." Yet even in seemingly safe spaces, there is no protection against blind hatred.

As Signorile pointed out, this isn't the first time the LGBTQIA+ community has been targeted with animistic and hate-driven actions. In 2013, a man set fire to a Seattle gay nightclub on New Year's Eve. When questioned, he reportedly told the assistant U.S. attorney that he "‘burned a gay club’ and that he did it because ‘what these people are doing is wrong.’" Murder or attempted murder, however, seemingly aren't wrong. He was sentenced to 10 years in prison.

Further back in 1997, a man targeted the Otherside Lounge, a lesbian bar in Atlanta, Georgia, where he set off a bomb in the lounge and injured five people, as reported by the New York Times. According to Signorile, the convicted serial bombed "associated with the extremist Army of God, later pleaded guilty and said he was targeting homosexuality."

The Orlando shooting is the deadliest mass shooting in American history, with a sobering amount of victims and wounded casualties. Although police have neither denied nor confirmed whether it was a hate crime yet, the simple reality is that the shooting went down at a gay club only a weekend after Orlando's Gay Pride parade, and on Latino night no less. Thus far, officials have been calling this an act of domestic terrorism.

Whatever it's officially labeled a hate crime or not, the LGBTQIA+ community has suffered another undeserving, abhorrent blow. We cannot continue to discuss this tragic event without acknowledging that simple fact.