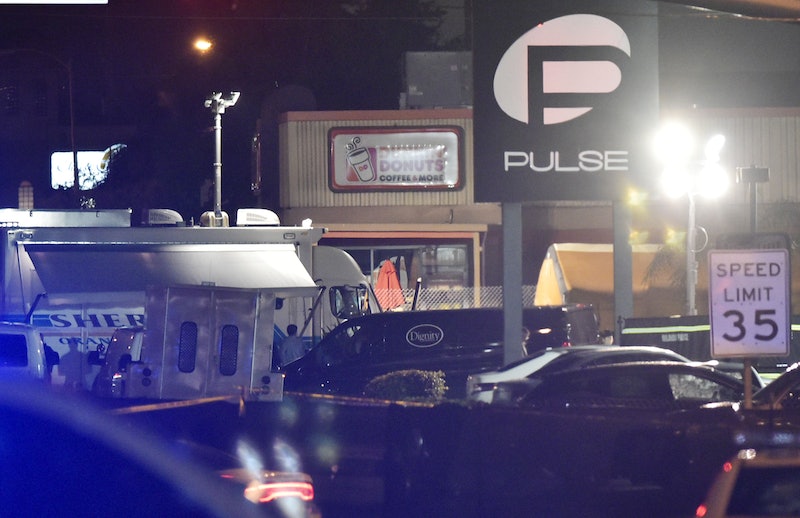 The nation is still grappling with the horror that unfolded in Orlando, Florida, in the early hours of June 12, when a gunman shot and killed 50 people in a gay nightclub and injured over 50 more. The victims' names have not all been released, and officials are still uncovering information about the shooter. In the meantime, one disturbing detail about the Orlando shooting stands out: According to multiple reports, investigators at the scene had to "tune out" the sound of ringing cell phones coming from the bodies strewn about the night club.

Like everything that unfolded on Sunday, it's a nightmarish experience to envision. It also drives home a simple but important fact that's very easy to forget amidst tragedies like this: For every person killed in a mass shooting, there are multiple friends, family members, and loved ones who have to face the heartbreaking experience of losing somebody they love.

It can be tempting to focus solely on the death toll when assessing the human cost of a mass shooting, and that's eminently understandable; death is, after all, the steepest and most tragic cost of all. But the true scope of tragedies like this extends beyond the number of people who were killed, or even those who were injured. There's an emotional cost to mass killings as well, and that cost falls disproportionately on those who personally knew and loved the victims.

On a somewhat related note, the perpetrators of massacres like this usually receive far more media attention than the victims. On one level, this is understandable: people want to know who would commit such an atrocious crime and why, so we as a country can do everything possible to prevent it from happening again.

However, fixating on the shooters can have the inadvertent affect of depersonalizing the tragedy and obscuring the fact that the victims, far from being just numbers in a news report, were flesh-and-blood humans with hopes, dreams, jobs, relationships, hobbies, fears, and passions. To lose sight of this is to lose sight of what makes a mass killing like this a tragedy to begin with.

Authorities haven't yet named all of the victims of the Orlando shooting, but they have identified some of them. They include Luis Vielma, Peter O. Gonzales-Cruz, Eric Ivan Ortiz-Rivera, Luis Omar Ocasio-Capo, Edward Sotomayor Jr. and Juan Ramon Gurrero. These victims, not the shooter, are the ones who deserve our attention — as do the many people who loved each and every one of them.