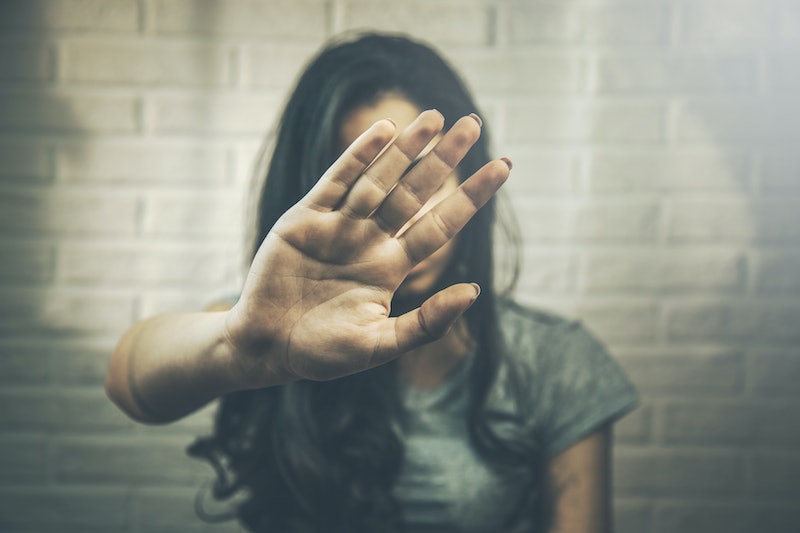 An article by Nick Savoy sparked discussion last week about a philosophy very central to rape culture: The idea that you can turn a "no" into a "yes." The article, titled "How to Turn a 'No' into a 'Yes,'" originally appeared on Men's Fitness' website but has since been deleted; it consisted of four sections detailing how to make a woman who has rejected a man's overtures instead say "yes" in a bar, on a date, in bed, and in a relationship. But here's the problem with the article's central idea: A "no" that you have turned into a "yes" is not really a "yes," because consent must be given freely and enthusiastically, not under pressure. And by encouraging people to interpret anything less than a clear, enthusiastic "yes" as consent, the very idea that you can "turn a 'no' into a 'yes'" perpetuates rape culture.

Savoy's article tells men to "plow ahead" if their first line is met with a rejection, to "abruptly end the date" to make an uninterested date suddenly doubt herself and work for their approval, and to make women feel insecure so that they're more likely to sleep with them. And the most unsettling thing is that this article is far from the first place these "pieces of advice" have appeared: They've been around for a long, long time, both within the pickup artist community and throughout our culture at large. The fact that they're so pervasive underlines how problematic they are; they're presented as the norm, which contributes to a culture in which it's perfectly acceptable to bypass consent or ignore it completely — in short, they contribute to rape culture.

Here are four ways that the idea that a "no" can be turned into a "yes" perpetuates rape culture — because the norm should be nothing less than clear and enthusiastic consent.

1. It Discourages People From Taking "No" Seriously

Viewing a "no" as negotiable prevents people from taking it seriously, when a "no" is actually one of the most serious things there is. Savoy told Mic via email that he wasn't saying you should ignore a "no" — he was just saying you should accept the "yes" if someone changes her mind. But this is only true if the person changes their mind on their own, without any additional "convincing" from you. Actively trying to change someone's mind isn't OK in the first place — it communicates to that person that their preferences don't matter and exerts pressure on them to say "yes" even if they don't want to. Even just continuing to try to carry out a conversation with somebody who has already said they don't want to talk to you is harassment — it doesn't have to escalate to rape or assault in order to be wrong.

2. It Prioritizes Your Ego Over Someone Else's Choices About Their Own Bodies

Virtually everyone has had the experience of being rejected, and virtually everyone has at some point had to reject someone, regardless of their gender. But tellingly, dating advice that's been steeped in rape culture rarely acknowledges this. It usually (although not always) frames rejection as something faced by men at the hands of women — and also tellingly, it sympathizes more with the person being rejected than with the person whose rejection is being disregarded. Yes, rejection can be a tough pill to swallow, but that does not make it OK to soothe your ego by behaving coercively toward somebody else. Advising people — disproportionately men — to turn a "no" into a "yes" implies that it is OK to push or even harm another person if it makes you feel better about a rejection. But news flash: Your desire to sleep with someone does not trump that person's desire not to sleep with you. Ever.

Many people still think of verbal coercion as something separate entirely from sexual assault. But if somebody expresses consent out of guilt or because they know "no" won't be taken as an answer, they are not truly consenting. Trying to convince someone to say "yes" is a form of coercion — not consent — and should be treated as such.

Conflating convincing somebody to say "yes" with actually hearing them say "yes" of their own accord conflates consent with acquiescence — but there is a big difference between the two. The model of consent as acquiescence is a particularly heteronormative concept; it frequently depicts men as predators and women as prey, teaching men that the only way to sleep with someone is to talk them into it (which, again, is actually a form of coercion) and refusing to acknowledge that women have their own desires independent of other people. This "men versus women" mentality also totally ignores and erases every other sexuality besides heterosexuality.

But this is an incredibly sad view of sex. Being satisified with a partner who is saying "yes" just because we want them to is not only wrong, but also incredibly unappealing. And in addition to disrespecting women, a philosophy that encourages men to pursue women who are not geuininely, unequivocally interested in them disrespects men as well. When we teach people to turn a "no" into a "yes," everyone loses.