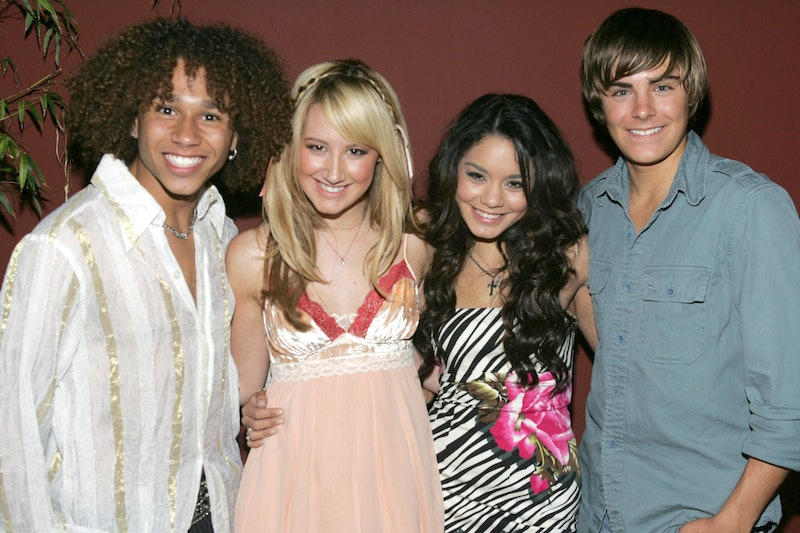 Birthday parties were one of the main highlights of my teenage social calendar. They were up there with school dances and group trips to the movie theater that masqueraded as an excuse for you to hook up with your crush. The clothes you wore to your friend’s ‘00s birthday parties said a lot about your signature style, including whether or not you belonged to a subculture.

For instance, if you turned up to a birthday party wearing enormous baggy jeans, a band tee, and your dad’s tie dangling loosely from your neck, you were probably an emo kid. On the other hand, if you attended your BFF’s party sporting a super short, tight mini dress and your older sister’s kitten heels, you were likely a wannabe Plastic. However, if you didn’t really fit into a particular style, you probably wore a mixture of some of the trendiest ‘00s fashions from across the board.

There were many '00s fashion role models we could look up to no matter our personal tastes. Emo and scene kids usually copied what the singers from their favorite bands wore, while more mainstream teens looked to the most popular celebs of the decade like Paris Hilton, Jessica Alba, or Rachel Bilson. Choosing what to wear to a birthday party in the 2000s was like showing your peers the real you, especially if you had to wear a uniform to school. The clothes listed here were some of the pieces you likely saved for such a special occasion.

There was a high chance you'd be busting some moves at your friend's birthday party and a pair of camouflage pants would help you look like the newest member of Destiny's Child. so of course, these pants were a necessity.

Back in the 2000s, a halter-neck top seemed like the epitome of elegance. If you sported one of these you were seen as classy and super mature, especially considering you probably paired yours with a bra featuring invisible straps. School dress codes generally frowned upon the look, so you had to save them for weekend bdays.

Your parents might not have exactly approved, but low rise jeans were a must for our early '00s party wardrobes.

The popularity of corsets worn as tops went through the roof when Moulin Rouge! was released in the early '00s, along with hit tune "Lady Marmalade." You might have had to sneak out of the house with a jacket on, but you were willing to go through anything to look as cool as Christina Aguilera at the party.

You wanted the whole world to know that you were not a girl, not yet a woman. The best way to do this was to wear a cool tube top.

If you were a feminine presenting emo gal in the '00s, you probably loved t.A.T.u.'s preppy, girly pleated skirts that were made famous in their extremely controversial music video for "All the Things She Said." Something about those pleats just made you feel fabulous.

From chains to scarves and even (in Kelly Rowland's case) a piece of rope, nothing was out of bounds when it came to using random items for belts in the '00s. You could just pick something up on your way out and wrap it around your waist. So convenient.

The best way to look like you were a pop star in the '00s? Layer a fishnet top over a bikini or a vest top.

The '00s brought about so many crazy slogan tees that said the weirdest things. Having a quirky phrase draped across your chest was basically a guaranteed convo starter, which made these shirts perfect for parties.

When you started grooving to Christina Aguilera's "Dirrty" in a pair of baggy cargo pants, you felt cool AF.

Even if the party took place next to a pool in 100 degree heat, you were still going to wear your awesome yeti boots.

Considering your UGG boots were your pride and joy and were practically glued to your feet 24/7, there was no way you were attending a birthday party without them. Unless you also had yeti boots. Then then you had a very tough decision to make.

After the many hours of fretting about what to wear to your friend's birthday bash, once you'd arrived at the party, gotten high off Diet Coke, and hit the floor squealing when "Apple Bottom Jeans" came on, your choice of outfit was the last thing on your mind. But looking back at pictures from your disposable camera, you know you looked damn good.