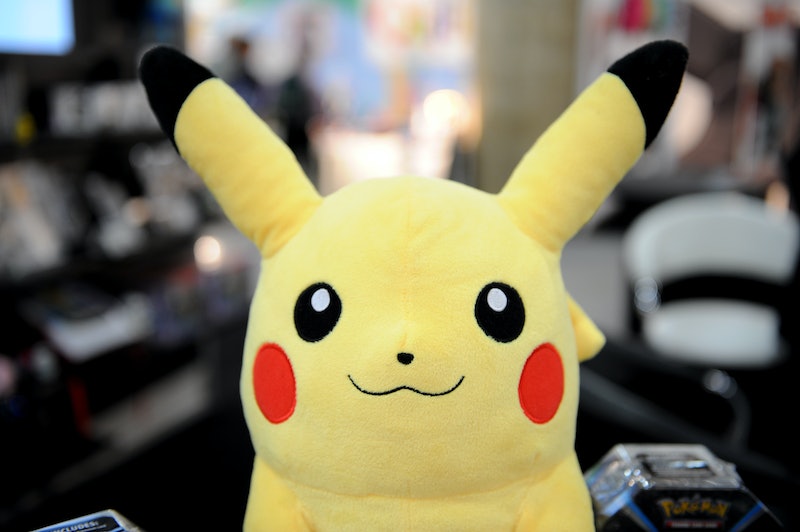 If you're like me, then you are already beyond obsessed with playing "Pokemon Go", the new Android or iOS game that has turned everyone you know into a Pokemon master. The app, as you probably know, uses your location to let you find and catch Pokemon in real-time and it's super addicting. But, what about it exactly makes it so incredibly fascinating? Well, besides the fact that the augmented reality feature is mad cool and feels like you're experiencing the future of video games, it's bringing you back to your roots. That's right: this high-tech, futuristic game is actually a major call-back to your childhood.

It's no secret that Millennials are nostalgic for their '90s childhoods, and as someone whose laptop is covered with Lisa Frank stickers, I can certainly attest to this. And, with a Millennial childhood comes the Pokemon universe. Pokemon were a huge influence in our young lives with its numerous games, playing cards, TV shows and movies.

So, it's really no surprise that a game about the pocket monsters of our youth has become the biggest game in U.S. history, according to SurveyMonkey Intelligence, with 21 million active users training to be the very best (like no one ever was). So, here are some of the ways "Pokemon Go" is bringing you back to your childhood, because honestly, what even is adulthood anyways?

Growing up, I was the type of kid who went outside and played games with all the other neighborhood children. But, this type of kid feels like a rare breed due to all of the new technology that children today have access to. If you were a child back in the '90s and early 2000s, you likely were also one of these kids. But, the incredible thing that "Pokemon Go" is doing is it's bringing you back to playing outside. It's combining the best parts of the Millennial childhood with the best parts of 2016 (your smartphone). It's just like when you were seven! Except, of course, your Gameboy couldn't receive text messages.

2. You're Getting Excited Over Little Victories

Whether you just caught your first Pokemon or one of your Eggs finally hatched after walking 10 km, the game is bringing little joys into your everyday life. When you were a kid, it was so easy to get excited about tiny victories like leveling up in a video game, and "Pokemon Go" is bringing that excitement back into your life. Seriously, I high-fived a coworker today because we found out we're both on the blue team in the game. "Pokemon Go" is constantly giving us so many small victories to be excited about.

3. A Game Is A Top Priority

When you were a kid, you didn't have any serious responsibilities to worry about, so who cares if you spent an entire day playing video games? But, now, with "Pokemon Go", everyone's back to obsessing over leveling up and catching Pokemon. Whether it's on the walk to work or on a date, people are finding ways to factor the game into their daily lives. Becoming a Pokemon master is serious business, and the children inside of us aren't taking that task lightly.

4. You're Trading Pokemon Tips With Friends

The app has already been downloaded more than Tinder, so it's pretty likely that you and all of your friends have already embraced this great Pokemon phenomenon. And, since the app is on your phone, you've probably also sent screenshots of Pokemon you've caught to the group chat you have with your besties. Since the game comes with very little instruction, it's also pretty likely that your friends and you have already shared tips with each other.

5. You're Bonding With People From Your Childhood

When I was a kid, Pokemon was the one thing that united my two siblings and I. My sister and I would watch the show together after school. My brother would help me win tough Gym battles. It was a world filled with Gameboy games, playing cards and TV shows that united us all. Now that we're all adults and doing our own things, we don't interact with each other anywhere near as much as we did as children.

But, the other day, I taught my sister how to use the app after I caught her trying to make "Pokemon Go" work by walking around our kitchen. The only thing my brother has ever liked on my Facebook is an article I wrote about "Pokemon Go". The game is bringing people back to their childhoods, and thus, bringing them back to the people they connected with in childhood.

So here's to our '90s childhoods and the Pokemon that are keeping the nostalgia alive. Now, if you'll excuse me, I've gotta get back to finding a Pikachu.