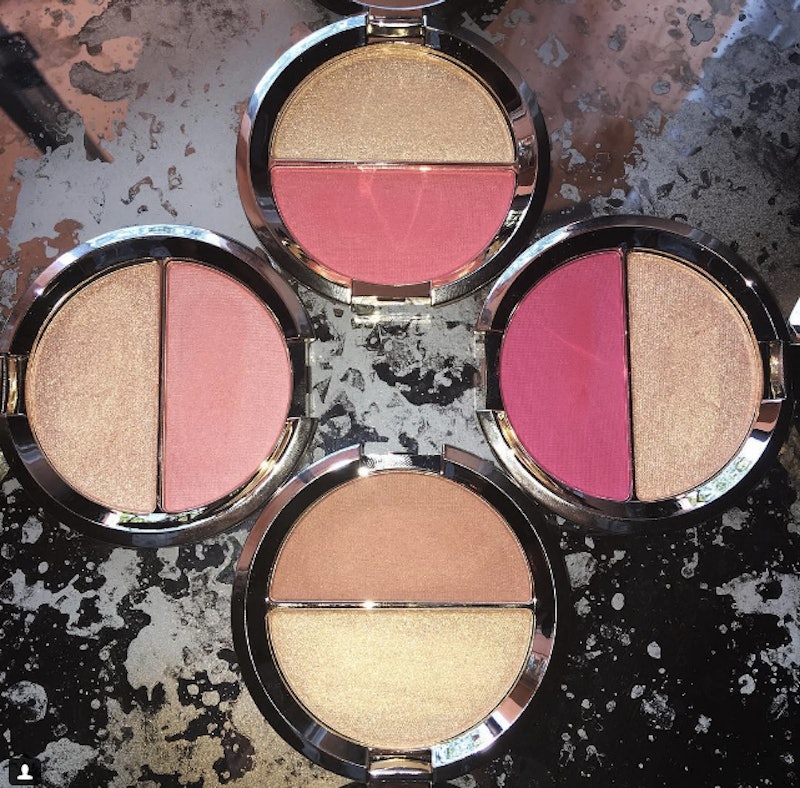 Jaclyn Hill's Champagne Splits hit Sephora.com on Thursday morning, but did all four launch as anticipated? If you keep an eye on Hill's Snapchat you know that there was one beauty missing. So are all Jaclyn Hill's Champagne Splits available now? Get excited, fans! Flowerchild, the missing BECCA x Jaclyn Hill split pan launched moments ago meaning that if you want to complete the family, you officially can.

If you went to Sephora Thursday morning expecting to pick up Flowerchild or even all four of the split pans, you probably ran into a bit of a road block. No, Flowerchild didn't sell out in seconds. Instead, it seems as though there was an inventory issue according to Hill who took to her Snapchat to explain the situation. In the short video explanation, she says, "I don't really understand the issue with Flowerchild. I think it has something to do with like an inventory thing...but they have the product and its ready to but they're having some sort of issue on the back end from what I understand."

Well, it looks as though the issue has been resolved — whatever it was! The Flowerchild split pan is available on Sephora.com according to Hill's latest Snapchat update! You can now have the full Champagne Collection split pan family!

The split-pans were one of the most highly anticipated items to come out of the Champagne Collection. While Hill and BECCA made it abundantly clear that the Champagne Glow Face Palette would be limited edition, many assumed that mean the palette's limited edition highlight, Prosecco Pop, wouldn't be released again once those palette sold out. Turns out, while it's still limited edition, it's nonetheless available via the split pans.

So, if you were wanting to snag the gorgeous golden-hued Prosecco Pop, you're in luck because the split pans are here for you. With prices comparable to other BECCA products and shipping dates sooner than you'd expect there's no reason for you not to head out right now and add Flowerchild to your cart. Now that you know all of Jaclyn Hill's Champagne Splits are available, what are you waiting for? Head over to Sephora to snatch them up.

More like this
21 AAPI-Owned Beauty Brands That Will Be Your New Favorites
By Audrey Noble
Half Magic Beauty Is Here With The Euphoria Makeup Of Your Dreams
By Rachel Lapidos
How Sunnies Face Is Championing Filipino Beauty
By Kristin Corpuz
10 Talc-Free Makeup Brands For Safer Eyeshadows, Powders, & More
By Audrey Noble
Get Even More From Bustle — Sign Up For The Newsletter