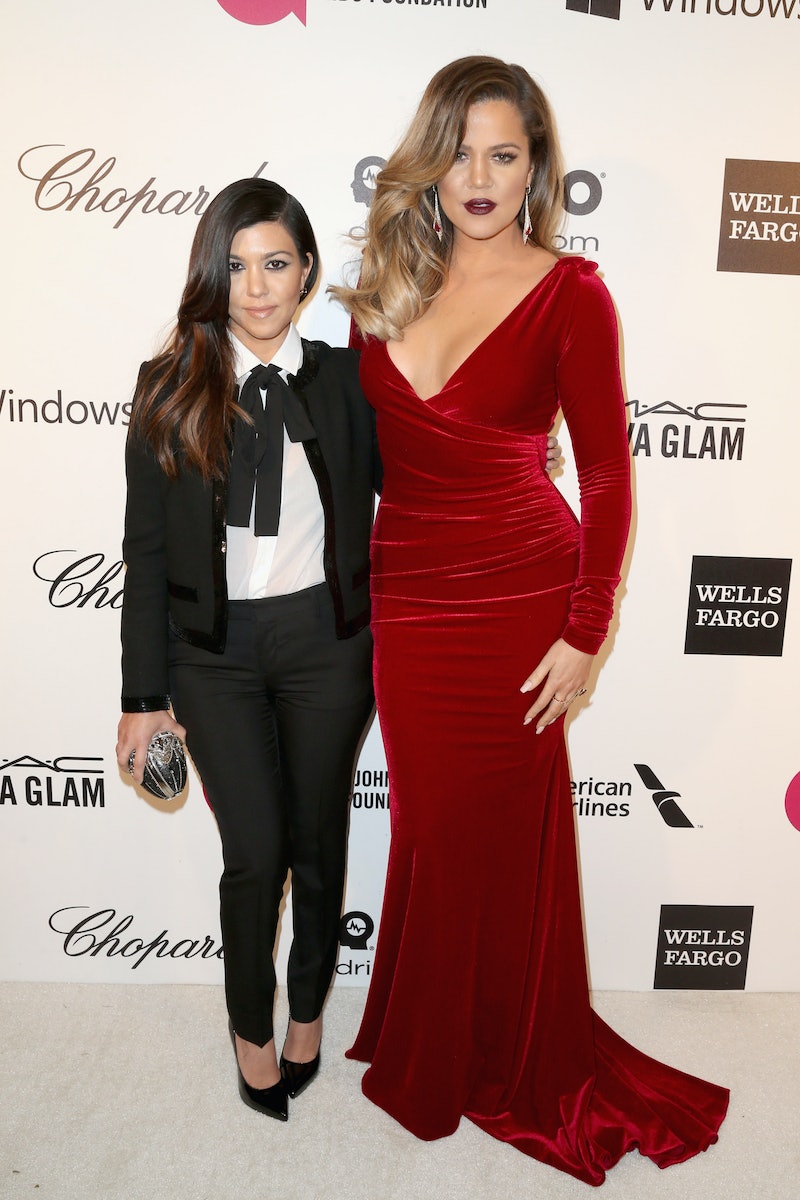 Celebrities serious can't stop buying each other's houses and it's starting to get a little out of control. Reportedly, Khloe Kardashian bought Justin Bieber's house and this news brings full circle a group of recent celebrity home purchases. Everyone keeps trading with each other! Except instead of actually trading, they give each other millions of dollars. I guess that is trading because what's $5 million dollars, if you're just going to get it back when you sell your old house?

In order to try to make sense of the celeb house deals that have lead up to this moment, here's a timeline that should sort things out.

Kardashian filed for divorce from her husband Lamar Odom in December 2013.

2. Khloe Kardashian and Lamar Odom Put House On The Market

In early January, Kardashian and Odom put the home they shared as a married couple on the market for $5.499 million.

This happened back in January and at the time I wrote that Kourtney could become Bieber's next egg throwing victim. Why's that? Because former NFL player Keyshawn Johnson's house is in Justin Bieber's neighborhood and Johnson himself once confronted Bieber about his bad behavior. It seemed like a bad move on Kourtney's part at the time, but now that's all changed.

Big Bang Theory star and newlywed Cuoco purchased Kardashian and Odom's mansion in Tanzana, Calif. When will the madness stop? Can no one buy a house that, like, an old-money socialite died in?

It's hard to tell when exactly Bieber put his house on the market, but TMZ reported on Jan. 28 that Bieber was done with suburban life. Since then, there have been rumors that Bieber is looking at houses in Atlanta.

On second thought, Justin Bieber might be building his own compound in a part of California called Hidden Valley. Yes, that is a real place and if it doesn't remind you of this Arrested Development joke, then you can show yourself to the door — uh, web browser "back" button right now.

Here were are, March 6, the day reports of Khloe Kardashian's purchase of Bieber's home came to fruition. There is no doubt that Kardashian's new neighbors will be glad to have her instead of Bieber, but they probably wish they could have gotten a regular rich person for once who wouldn't bring a camera crew and paparazzi around. If you didn't already make the connection, this means that Khloe and Kourtney will be neighbors.

Could this really be the end of the Kardashian-Bieber-Cuoco-Johnson line of house buying or will more additions be made? I have an idea, Bieber could buy George Clooney's Lake Como property. Let's take this thing international!