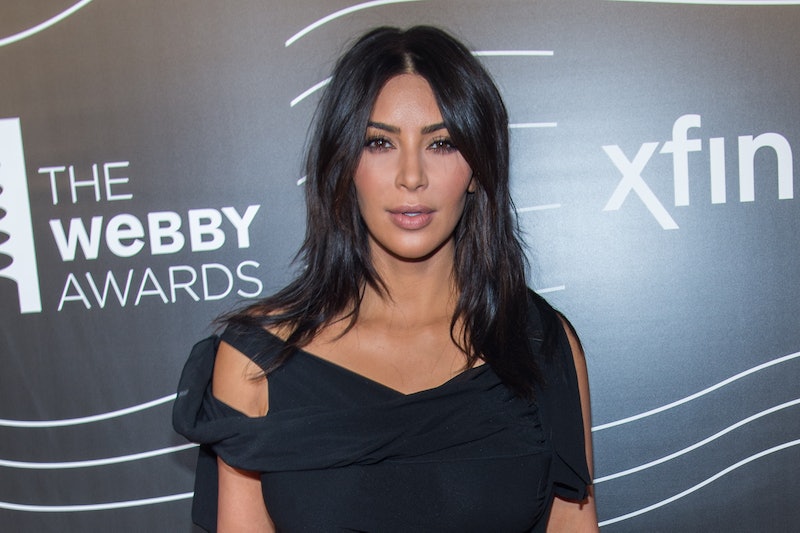 Showing that neither of them are interested in resolving or forgetting the Kanye West/Taylor Swift feud anytime soon, a photo of Kim Kardashian and Calvin Harris in Las Vegas has surfaced, and it's raising some big questions. The duo hanging out is leading some to wonder if this is pure pettiness or if Harris and Kardashian are friends, with a bond shared way before Swift came into their lives. Rapper and Khloe Kardashian ex French Montana posted an image of himself, Kardashian, Harris, and Jennifer Lopez, whose birthday was the reason for the celebration, in Las Vegas on Saturday night.

Although many might wonder if it it possible that Kardashian and Harris have been BFFs or at least knew each other way before all the T.Swift drama, which would make their Vegas photo slightly less of an obvious dig at Swift, that doesn't seem to be the case. There is little evidence that the two knew each other at all before Swift, other than the fact that Harris and Kardashian's brother Rob both dated Rita Ora. However, since Kim K and Ora aren't exactly close, it doesn't seem likely that that connection would have brought Harris and Kardashian together, as they were in the photo seen below.

So it might just be their connections to Swift that brought the duo together. It makes sense, considering that both have had a lot of reason drama with the singer; Harris is her ex, while Kardashian leaked the now infamous video of Swift agreeing to West's "Famous" lyrics. The night of her Vegas photo with Harris, Kardashian also posted a Snapchat video of herself singing along to those "Famous" lyrics: "I feel like me and Taylor might still have sex/I made that bitch famous." Back when the song was released in February, Swift joined the many voices protesting the misogyny of the lyrics, while West defended himself by saying that she'd given the song her blessing. The feud fizzled until it peaked in July, when Kardashian released that Snapchat video of West's conversation with Swift, and soon after, Swift described the video as "character assassination."

Many have wondered if Harris would come out in support of Kardashian, since the DJ recently expressed his own anger with Swift on social media. His recent breakup with the popstar, who is now dating Tom Hiddleston, appeared peaceful until Harris posted a series of tweets accusing Swift of needing "someone new to try and bury," among other things. Harris seemed to remain silent on the Kanye/Taylor feud, though, until Saturday night, when he also posted a quickly deleted snapchat video lip-syncing to a West rap about Kardashian. His photo with Kardashian in Vegas, as well as the rumor that they were hanging out together at the event, seems to confirm that he is firmly on Team Kardashian-West.

And while it really doesn't appear that Harris and Kardashian were close before, it makes sense why they were at the same event celebrating Jennifer Lopez. Lopez and Harris appear to be friends, and Lopez has long been a mentor figure to Kardashian. It's reasonable that both celebrities would have been invited to the birthday celebration, and I'm sure they had plenty to talk about.

Additionally, although he may not be too connected to Kardashian other than his Swift romance, Harris does appear to be a big West fan, having remixed West's feature on a Mr Hudson song back in 2009. However, West and Harris haven't ever directly collaborated, and Harris appeared to speak out against West back when the DJ was dating Swift.

It's a complicated web, but hey, that's what makes the West-Swift drama so interesting.