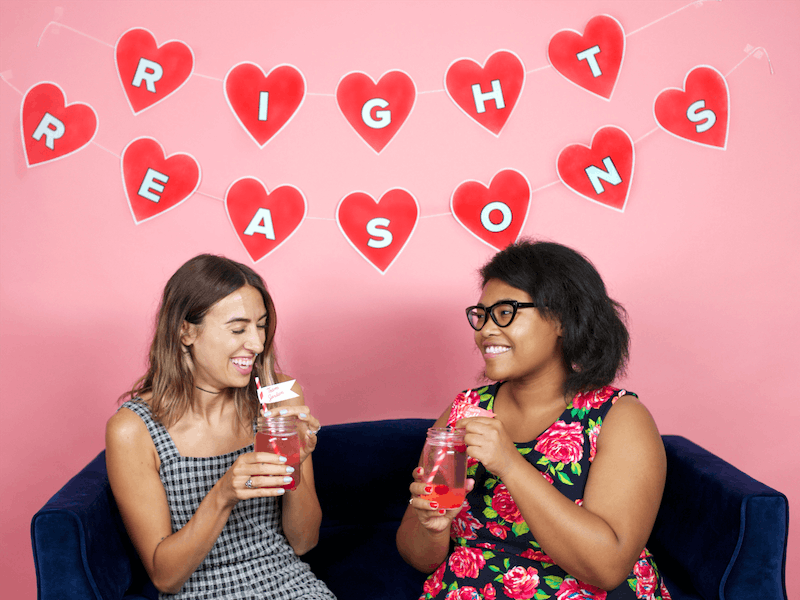 Friends. Family. Reality TV aficionados. Believers in true love. Chad. All 107 guys named James on The Bachelorette. Gather round. On Monday, August 1, Joelle Fletcher will reveal her winner of The Bachelorette Season 12 to America. And as such, Monday, August 1 will be a night of celebration for you, for me, for all of us. Like any celebration, there's a right and wrong way to commemorate this event — so, how does one properly watch The Bachelorette finale? It's quite simple, actually: You throw an epic Bachelorette finale viewing party using this printable Bustle Party Pack and pray that your invite to Chad didn't get lost in the mail. (Along with your letters of Chad gratitude — Chaditude? — which obviously did get lost, since he hasn't replied to any of them.)

Moving on from Chad (just kidding, I never will), there are specific activities and decorations that need to be tended to in order to view The Bachelorette finale in the best possible way. I mean, think about it this way: if you aren't pulling out all the stops to make this your best and most forward-thinking Bachelorette viewing party ever, then why are you even watching the show at all? In the world of Bachelor Nation, no amount of printable decorations, fake roses, Chris Harrison memorabilia, or shirts that say "I'm Still Team Chad" are too much. Just ask my mom! (JK, please don't. She's busy preparing those shirts and shouldn't be disturbed at this time.)

If you're lost on just how to set up such a party, though, don't worry: I'm here for you. Here's how to craft a flawless and unforgettable Bachelorette finale viewing party, in just four easy steps and using Bustle's printable Bachelorette Party Pack.

Before we get started, ensure you download all the materials here.

Print each heart shape for the garland, and cut them out accordingly. Then, on a floor or a long table, take two long pieces of twine and lay it out. Space the letters you've just cut out evenly — one of the pieces of twine should be used for the word “right,” and the other for the word “reasons.” Then, use small pieces of tape to attach the letters to the twine strands. Hang up the garland on your wall and enjoy celebrating by honoring the most over-used saying on The Bachelorette ever! (OK, technically the most over-used saying on The Bachelorette is "amazing," but that's much too broad for a printable garland.)

Print out each photo, then cut them out accordingly. With your popsicle sticks, use a bit of tape and attach one to the back of each photo — there is one for Team Jordan, and one for Team Robby.

If you're brilliant enough to rent a photo booth for this momentous occasion, perfect — these will come in handy. However, you can makeshift one by using a regular old camera, a camera stand, and a plain backdrop. Then, print out these props and pose away until the sadness that another The Bachelorette season is over stops consuming you.

True fact: The only acceptable drink at a Bachelorette final rose viewing party is literally any red-colored beverage (may I suggest Kool Aid?). Another true fact: The only acceptable way to drink said beverage is with straws that clearly indicate whose team you're on. This season, we obviously have "Team Jordan" or "Team Robby." To assemble these bad boys, print out each of the flags, and use your scissors to cut them accordingly. Then, with your one hole punch (if you don't have one, just use scissors), make two holes on each flag where the circle indicates. Then, attach the flag to the straw by just slipping the straw through the two holes. Then, choose your straws (teams) wisely.

This one is really simple: Print out these genius Bachelorette Bingo cards beforehand, and give them to your guests as they arrive for your amazing soirée. For chips, fake diamond rings are always a good idea, but if you don't have any of those on hand, rose petals will also suffice — but be warned that they might easily blow away. If neither of those suite your fancy, you could also cut some construction paper into circles, or even try using candy like M&Ms, Skittles, or gummy bears.

Now, the only thing left to do for this part-ay is create the guest list, procure some snacks, and mentally/emotionally/spiritually prepare yourself for the rollercoaster of feelings that lie ahead.