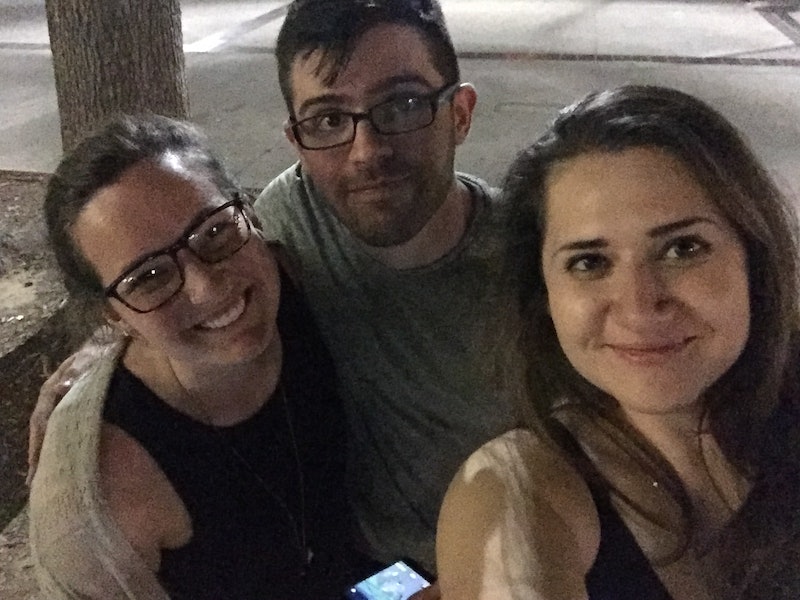 I have a confession to make: For the last three weeks I have been obsessively playing the hugely popular augmented reality game "Pokemon Go". In fact, I have been in rooms filled with my college classmates who graduated with me, and instead of talking about work prospects, we traded tips on how to best catch Pokemon using Razz Berries. It's clear that this game has taken over our lives. All I do is check how close I am to hatching eggs and whether any rare Pokemon are near my house. It's truly a phenomenon. I am a Pokemon addict — in the best way possible.

As an obsessed gamer I realized that all I wanted to do was catch a wild Charizard. He's been on my mind (and everyone else's) for quite some time. In fact, I have seen people rush to try and catch one all over the United States through YouTube videos. Technically, I could just try to evolve my starter Charmander into one, but that would take way too much time. I wanted a Charizard on my roster as soon as possible. Blame it on my tenaciousness or the inspiration this week knowing that a woman might be the next President — I was goin' to get me a Charizard.

I planned out my Pokemon Night Hunt for a Tuesday night. Within seconds I came to the conclusion that I was going to need a partner in crime. Someone as ambitious and Poke-hungry as I was. Someone who would push me to search places I've never searched before, keep me from trespassing on government property, and most importantly — someone who was old enough to also get a beer. Welcome: Pokemon Trainer Sarah.

Pokemon Trainer Sarah is my go-to Pokemon partner because she is always down for a PokeChase. When I texted her with the idea she didn't hesitate for a second before telling me that she was in. Sarah is way more experienced than I am with the game — she has been playing it from the day it was available for download. Her encyclopedic knowledge of all things Pokemon, as well as her high levels within the game, basically made her a human Pokedex. I was motivated and prepared. We set off on our PokeAdventure around 8 p.m.

It's important to note that at the start of our mission was I was level seven and a proud rep for Team Valor.

What can I say, I love fire. I'm also a hardcore Gryffindor.

Being the genius that she is, Sarah suggested our first stop be a popular bar in a trendy part of town. It was located by two Pokestops, had free wifi and most importantly — beer.

We positioned ourselves near an outlet, my partner generously activated a Lure, and we were on our way! If you are wondering why we didn't just start walking around the neighborhood — we have a very good reason. Sarah was low on PokeBalls. Sitting near a Pokestop made it very easy to stock up. Plus, did I mention there was beer? Within seconds of our arrival, a wild Pokemon appeared. My heart started to race. Was it going to be my lucky night? Was I going to catch a Charizard right away?

No such luck. It was a Growlithe. It took me several tries, but I secured him for my roster. After getting an order of fries, I had also caught a Sandshrew.

I caught a few more Pokemon, leveled up and got another drink. The night was shaping up to be a fun one.

I realized that a few days prior I asked my friends on Facebook if anyone has caught a wild Charizard. It was time to check back and see if there was any bites. There were several.

After asking where and when exactly they had caught one, Sarah and I decided to add another person to our search party. Having another brain on the case would not hurt. Welcome: Pokemon Trainer Andrew.

He wasted no time showing us that he was worthy of our PokeHunt group. He had caught a wild Charizard a few days ago.

We asked him to join us immediately. We even offered him some of our fries and a seat at our table. After a few more minutes of luring Pokemon to us and adding a Ponyta to the mix, we decided it was time to finally walk around.

As we were nearing 10 p.m., I had caught a Vulpix, started incubating a 10km egg, and leveled up again! I kept catching Sandshrews and Geodudes with no Charizard in sight. After walking back towards our cars, I asked if there was a chance my companions would want to check out another spot around town. They once again confirmed my decision to have them in the PokeHunt in the first place by agreeing right away.

We drove over to a new spot a few miles away. It gave us a bit of time to charge our phones and exchange pleasantries. The underlying emotion was determination. We were laser focused. Soon we were at the new Pokestop. To my surprise, we were not the only people out and about.

Close to 20 or more people were walking around with their phones searching for Pokemon left and right. Some were even wearing matching team shirts. I spotted some fellow Team Valor players but was too chicken to talk to them. They seemed to be in the zone. Other people were using skateboards or bikes to get to places quickly.

My friends and I were clearly behind on the times, using our slow legs to get us from place to place. We walked all over the new location, standing next to statues and reaching the farthest corners allowable.

The End Of The PokeHunt

Unfortunately I did not catch a wild Charizard at the end of the night. I tried to stay out as long as I could, but I was very tired from all the walking we did and everyone had work in the morning. (Womp, adulthood.)

Much like a wee Ash Ketchum leaving Pallet Town, though, this was far from the end to our adventure — it was just the beginning.

More like this
What Is “Night Luxe?” Breaking Down TikTok’s New Aesthetic
By Courtney Young
Meet The Disney Imagineer Bringing 'Guardians Of The Galaxy' To Epcot
By Charlie Mock
TikTok Is Using A Kendrick Lamar Song To Post Thirst Traps
By Courtney Young
Instagram Users Are Reporting Issues Scrolling & Logging In
By Courtney Young
Get Even More From Bustle — Sign Up For The Newsletter