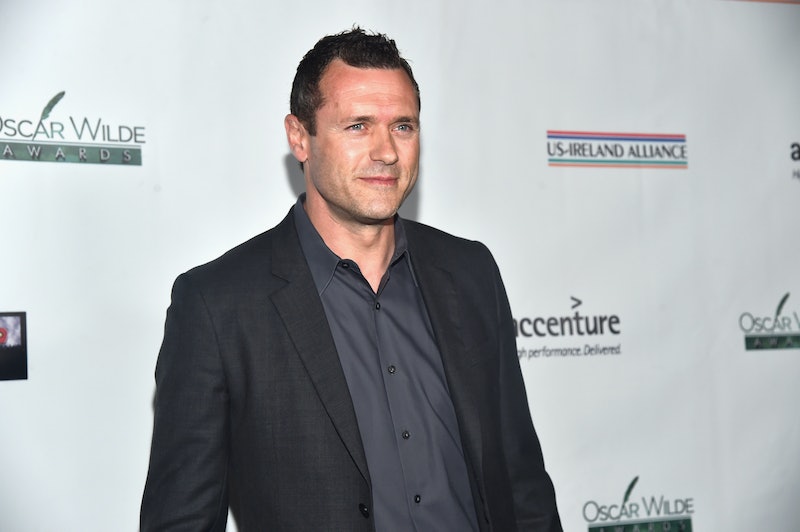 With the end of the action-packed third season of ABC's Marvel's Agents Of S.H.I.E.L.D. , the future of the show has never looked more mysterious. What is this AIDA thing that Holden Radcliffe is working on? What will happen to Daisy — finally referred to as Quake — now that she's gone rogue? And who is the new director of S.H.I.E.L.D.? Well, those first two mysteries are still very much unsolved, but we finally have an answer to that last question. According to Deadline, Irish actor Jason O'Mara has been cast on Agents Of S.H.I.E.L.D. Season 4, and he'll be replacing Coulson as the head of the secret government agency. So who is the new Director?

It's sometimes hard to know what to expect from new characters, given that the ABC show blends material from the Marvel comics with plenty of its own original characters and storylines. But, per Deadline's report, it sounds like O'Mara might actually be playing someone pulled directly from the page — or at least heavily influenced by the comics — since his character is described as someone "whose Marvel roots go back to the 1940s." That implies that the character's ties go all the way back to the era of Captain America: The First Avenger, around the time when S.H.I.E.L.D. was first founded.

Could he be the grandson of Howling Commandos member Dum Dum Dugan? (O'Mara does bear a passing resemblance to Dugan's portrayer Neal McDonough.) Or could he even be a descendant of S.H.I.E.L.D. founder Peggy Carter herself? (That would be a great way to allow Hayley Atwell to continue her terrific performance as Agent Carter even after the unfortunate cancellation of her own show.)

Whoever the character ends up being, AoS executive producer Jeph Loeb is confident that O'Mara is the right man for the job. "Jason has both the physical presence and acting dynamics that will connect with and challenge even the most loyal agent," he told Deadline. Here are five quintessential O'Mara roles that prove Loeb right:

What's weirder: Inhumans or time travel? O'Mara's stint on this short-lived but trippy ABC drama — where his character wakes up in the 1970s after an accident in 2008 — should have given the actor plenty of experience with the uncanny.

Anyone joining the cast of AoS is going to need to have some serious combat chops in order to fight all the superpowered threats coming their way. O'Mara proved he can hold his own in a fight on this FOX action/sci-fi series, where the actor got to go toe-to-toe with some deadly dinos.

Physical prowess is all well and good in the field, but, in the office, O'Mara's Director will have to have a certain amount of charisma if he hopes to lead the dysfunctional S.H.I.E.L.D. team and get things done. Fortunately, his bad boy lawyer on the CBS legal drama showed us all that O'Mara has charm to spare.

Not that previous superhero experience is required to join the Marvel Cinematic Universe, but it certainly doesn't hurt. The fact that O'Mara has already voiced Batman in seven recent and upcoming animated films is great for the actor's geek cred — and could help bridge the gap between the warring DC/Marvel factions, to boot.

Finally, O'Mara's recent leading role on the USA drama Complications, which fused a hospital drama with a crime thriller, combined all of the traits the actor will need to exhibit on AoS in one role. As Dr. Ellison, O'Mara shouldered responsibilities, fought for justice, saved lives… and kicked plenty of ass while doing it.

I know there are likely fans who are upset to learn that existing characters like Melinda May or Mack didn't land the Director job, but hopefully they'll give O'Mara a chance to prove himself in the role. Besides, who even knows how long he'll be around. Remember Lucy Lawless' loudly trumpeted debut on the show at the beginning of Season 2? Remember how long she lasted before she kicked the bucket? (Hint: it was one episode.) So, maybe don't get too attached to O'Mara's S.H.I.E.L.D. Director. You know, just in case.