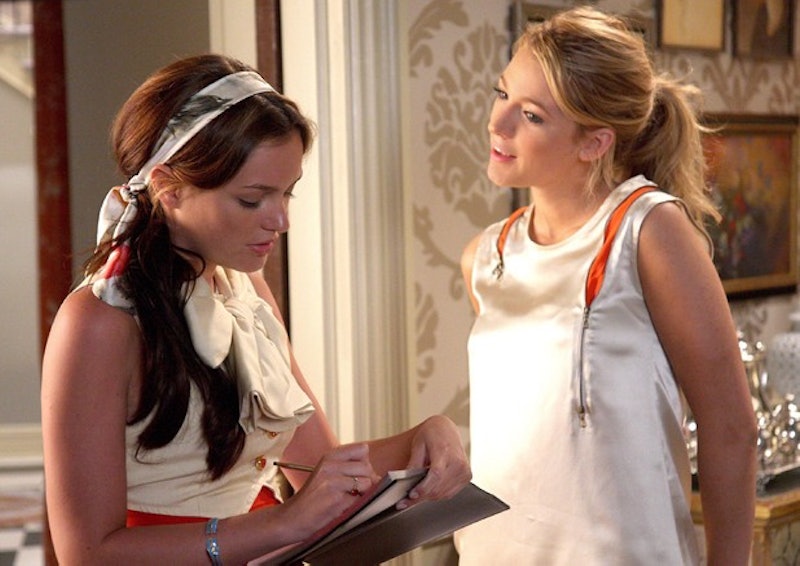 Television was a teenager's dream in the early 2000s. From the last remaining days of the WB to the beginning of the CW, this was the age of teen television dramas. Since the kids growing up in the early aughts are now full fledged adults, it's no surprise that nostalgia is setting in and that some of those shows from that era are gearing up for revivals, reboots, and reunions. Veronica Mars got a feature film as a way to truly say goodbye, Greek is working on a reunion movie for Freeform, and Gilmore Girls ' return to Netflix will finally reveal the final four words the show originally should have ended on nearly a decade ago. But these aren't the only shows that deserve a second chance nearly a decade later. That's why I've come up with a list of 13 shows that deserve the Gilmore Girls revival treatment.

Some of these shows never got a chance to properly say goodbye, thanks to abrupt cancellations. (R.I. P. Joan Of Arcadia, gone too soon.) Others left us with cliffhangers that, all these years later, still have us wondering just what happened. (Everwood fans certainly have been waiting a while to see if Ephram and Amy made it work.) Many of these shows are just series that fans would like to see one last time.

So, Netflix or Hulu or any other platform that has the power to reboot shows, if you're reading this, it's not too late to bring some of them back.

Next year will mark the 10 year anniversary of the show's first episode, so what better way to celebrate than to have the gang get back together in the Upper East Side? Blake Lively's interested in a GG reunion, telling E!, "I don't know, it would be fun. We had such a great time doing that that I think we all would really enjoy that." Sure, fans know who Gossip Girl is, but that doesn't mean there wasn't some fallout from the big reveal. Not to mention the many unanswered questions the Gossip Girl finale left fans with — like, was Dan sued after all was said and done?

The Hills just had its own 10 year anniversary, which many felt was lacking in spots (Where was Audrina? Lo? Whitney? Speidi?). It only seems right that MTV goes back to where it all originally started. Let's have Lauren Conrad take us back to her high school days in the real Orange County. Back when we knew her as LC, her biggest enemy was Kristin Cavallari and Stephen Colletti was the love of her life. My, how things have changed.

For some this is the show where Chris Pratt got his start, but, for others, Everwood is better known as the most emo TV show to ever run on The WB — and that's saying a lot. This was a show that was painfully real and often didn't give fans the happy ending it wanted. A chance to revisit this show, either as a reunion or short episode reboot, gives fans a chance to check in with these characters who weren't really given a final goodbye. Not to mention an Everwood revival would finally answer the ultimate question: Is Ephram still with Amy?

This CBS show was a hidden gem that was cancelled way too soon. In fact, this show, which focused on a young girl who could speak with God, was cancelled right before it was about to get really good. Like, Joan's about to take on the devil good. It's been over a decade since the show, which starred Amber Tamblyn, ended, but it's never too late to catch up with Joan and see how the battle between good and evil is going.

The cast of this show often has its own reunions on social media, so it's about time they just made it official. Since this show was all about the teen melodrama — love triangles, daddy issues, weddings, pregnancies, shootings — it's bound to be a Melrose Place for a new generation. Just put Gavin DeGraw's "I Don't Wanna Be" on repeat and think about the possibilities.

Reviving this show, which focused on the turbulent '60s through the eyes of a teen girl named Meg (Brittany Snow) who danced on American Bandstand, gives fans another chance to see Milo Ventimiglia. The actor, better known as Jess Mariano, played Meg's boyfriend Chris, who she rides off into the sunset with at the end of the Season 3 finale. Of course, this wasn't really the creators' intended ending, something they revealed during the show's reunion at the ATX Television Festival in 2013. There, they played the American Dreams "epilogue" that showed where everyone ended up. Since this hasn't been aired officially, a revival of the show gives the creators a chance to film the ending they'd want — and the fans want too.

Sure, sure Texas forever, but it's more like Taylor Kitsch forever. A reunion of the Dillon Panthers would allow fans of the show to see what happened after Coach Eric Taylor decided not to be the coach, to see one last game that has Jason Street, Tim Riggins, Matt Saracen, Landry Clarke, Luke Cafferty, and Brian "Smash" Williams teaming up with Coach one last time to prove it's all true: clear eyes, full hearts, can't lose. Never forget it.

In a reboot of this one, fans could finally see what happens to psychic teen Raven Baxter as she became a psychic adult. Wouldn't you like to know what Raven ended up doing with her talents? There are bound to be lots more shenanigans on deck.

Let's bring Shia LaBeouf to TV to play the iconic role of Louis Stevens. It would be nice to see what Louis and Ren are up to after all these years. The finale episode of the show was actually a movie that had the family thinking they had won an all-expenses-paid trip, but it was really a reality show. To keep with that theme, Disney could catch up with the Stevens' in another movie that could show what happened to this family after they were tricked for all to see.

The creators of this Teen Nick show have already teased that there's a reunion on the way. Last year, the show revisited a key moment from the original series. In Season 2, Zoey (Jamie Lynn Spears) put a video in her school's time capsule telling her friend Chase that he would have to wait 10 years before he could see what she had said. On the 10th anniversary, Teen Nick posted a new video, which showed that Zoey had a sense even then that her bestie Chase could be her soulmate. The video ends with a "To Be Continued"; now fans are just waiting for this continuation.

What happened after Amy Juergens packed up her bags and went to New York? That's what all fans would like to know. In 2015, the show's creator Brenda Hampton said that after the finale, Amy ended up happily ever after, but, since no one's seen it, it leaves things very up in the air. With one last movie, everything could be made right. And who wouldn't mind seeing Shailene Woodley make her return to television?

She may be older, but it's hard to believe that our little Lizzie McGuire has got it all together. She's likely still trying to figure things out. Maybe she has kids of her own (hopefully, with Gordo) that will have to start figuring things out for themselves now too. Think Girl Meets World.

What would this Nick show be like in the age of Snapchat? With a revival of this series, which starred Miranda Cosgrove, fans will finally get an answer to that question, and they'll get to see what happened after Carly returns from Italy. Carly and Freddie forever, right?

This comedy about two sisters in New York ended on a happy note. Jennie Garth's Val finally married her longtime love Vic, and Amanda Bynes' Holly ended up with her on again-off again boyfriend Vince. It's been a decade since we last saw the Tyler girls together. Are they still with their guys? Are they still living together? So many questions, which could be answered in a reunion special that shows us what happened after that very happily ever after.

The cast of Ugly Betty recently reunited for ATX Television Festival in Austin, and, as Entertainment Weekly reported, the topic of a revival came up. “Hulu’s going to pick us up for a two-hour special, so we’re going to find out [what happened],” America Ferrera said. Unfortunately, that wasn't true, but Ferrera did encourage everyone to tweet it. They did, using the hashtag: #HuluBringBackUglyBetty. C'mon Hulu, you know you want to see that Guadalajara poncho one last time.

Another show gone way too soon. This is Freak and Geeks go to college and though no one got a chance to see them graduate — heck, we barely saw them finish their freshman year — it would be fun to catch up with the students now as adults. Maybe it's a college reunion, where fans get a chance to catch up with these characters as adults. Or maybe the show can pull a Wet Hot American Summer and just pick up where they left off. Who cares how old Seth Rogen looks now; it would be so funny.

If Gilmore Girls has taught us anything, it's that the fans have the power to bring their favorite shows back. So, start writing Netflix or Hulu and see if they have any interest in picking up a revival, reboot or reunion of any of these early '00s shows. Your fellow fans of these shows will certainly appreciate it.