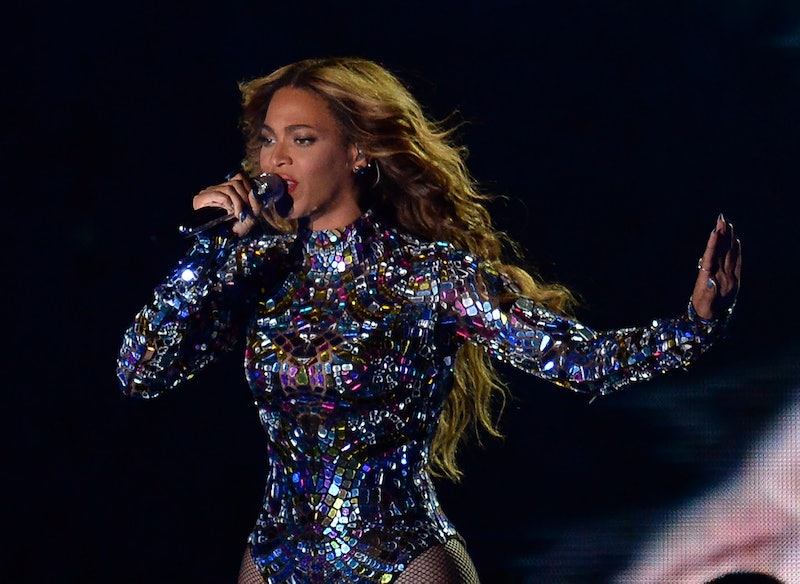 The MTV Video Music Awards is a show notorious for being packed with ridiculous performances and hella drama for the 33 years since its inception. Trust when I say that, this year, you'll want to be able to watch on multiple screens, even if the 2016 VMAs will likely be a two-and-a-half-hour show. Here's the deal: For the first time ever, the show will air live from NYC's iconic Madison Square Garden. I'm sorry, but do you want to experience that FOMO? Didn't think so. It's time to figure out if you can watch the 2016 MTV VMAs online, so you don't miss one second of all the awesomeness to come.

Rihanna is going to give an epic performance upon receiving the Video Vanguard Award. And Beyoncé might perform. Period. Not to mention, most of the year's drama will probably come to a head during the show and I already have my popcorn ready. (Kanye, are you listening?) Here's how you can watch what goes down during air time.

The VMAs will be available, and live, on the MTV App once your account has been authenticated. The show airs August 28 on MTV at 9 p.m. ET with a pre-show starting at 5 p.m. If you're living that struggle life and don't have cable (in which case, I completely feel you), you at least be able to see what's happening on social media. Because if it's not documented online, it didn't happen. The VMAs always get an enormous social media conversation going, so there's no doubt that gifs, memes, and videos will be pumping out in real time. Here are MTV's Twitter and Instagram accounts.

But back to the drama...

This year, Kanye and Beyoncé are neighbors in the Video of the Year category for "Famous" and "Formation." Which is as ironic as it is glorious. Regardless of who takes the Moon Man, will Kanye storm the stage to call out Taylor Swift yet again? There's a 99.9999 percent chance that he will, especially given the public feud between Swift and the entire Kardashian crew over "Famous" this year. Additionally, I will pray every night from now until August 28 that Selena Gomez will throw some more epic shade at her ex Justin Bieber, because it is truly the gift that keeps on giving. That is, if she attends.

As previously stated, drama (and of course, epic performances) are most enjoyable when experienced on multiple screens. I'm ready, 2016 VMAs.