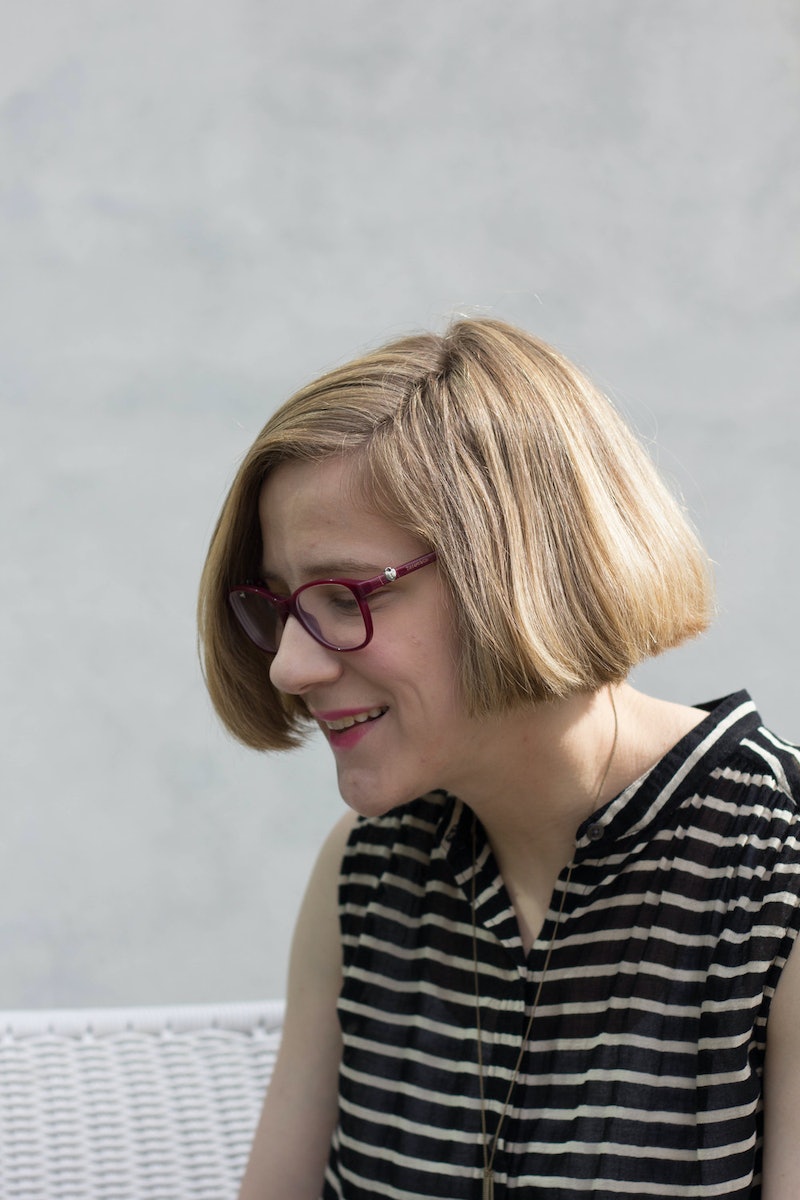 Here’s a problem I have: I’ve never been able to tell someone I’m attracted to how I feel about them. How bad is it? In college, I was struggling in one of my classes to the point where my grade was in serious jeopardy. But since the student tutor was a classmate of mine who I had a huge crush on, I didn’t reach out to him for help. The idea of having to sit directly across from him while he helped me with my papers terrified me. So instead, I continued to muddle through the course, and only finally emailed him for help on the term paper. He responded, saying that his preferred method of tutoring was communicating through track changes on Microsoft Word. I’m still kicking myself for not woman-ing up sooner.

That was a few years ago, and since then, I’ve gained a lot more confidence, and a little bit of dating experience. I’ve been online dating, which has resulted in approximately two dates, which is two dates more than I’d experienced in my previous 24 years. Turns out my introverted, shy self finds it much easier to converse with potential love interests behind a screen than in person. To my surprise, I even initiated one of the dates myself!

I should mention now that I use a wheelchair, both because it pertains to this story and also because it is the source a lot of my dating insecurities. I am unapologetically open about my disability, both in-person and online, because I believe if someone is not interested in getting to know me because of it, they are not worthy of being a part of my life. Still, it stings when my messages go unreturned or I finally get a date, only to have him vanish afterward. My first thought is always, It was the wheelchair, wasn’t it?

I’ve come a long way since my college days, and yet I found myself growing bored of swiping left or right, those interactions going nowhere and rarely leading to meeting in-person. How could I meet a guy I was truly excited about? For me, apparently, the answer was to take the bus.

When we got to my stop, I sincerely thanked him, begrudgingly thanked the driver, and exited. And just like that, as they say, he was gone.

He was the type of guy who makes you realize pheromones are real. In this situation, there was no profile to scrutinize, no compatibility questions to compare side-by-side only to psyche myself out. There was just my immediate attraction to him. It’s just not fair, I remember thinking as he stood right next to me on the packed rush hour bus. How can I interact with countless people online only to find a great guy on the bus, listening to his headphones?

And then it happened: we interacted. The aforementioned rush hour resulted in one insanely crabby bus driver. After she barked at me for mixing up my stops, the guy took out one of his earbuds and said, “You’re getting off at the next stop? I’ll undo the bus straps on your chair for you so you don’t have to deal with … you know.” He undid the straps like it was no big deal and I thought, Well, now it’s really not fair. He was completely cool with my wheelchair? That doesn’t happen every day. But what could I do about it?

When we got to my stop, I sincerely thanked him, begrudgingly thanked the driver, and exited. And just like that, as they say, he was gone.

But I didn’t want it to be over. I couldn’t stop thinking about him. Me, a girl who almost failed a class to avoid confronting a cute guy, picked up my phone and texted a friend, How do you feel about Craigslist Missed Connections?

It was a ridiculous idea, my rational side argued. In an age where it’s so easy to connect with anyone, were Craigslist Missed Connections even relevant anymore? I told myself I had a better chance of finding him by riding the same bus route all day than I did by posting an ad. But I’ll be damned if I didn’t want him to be the Tom Hanks to my Meg Ryan, a la You’ve Got Mail .

I’m all for it, my friend texted back. Even if it doesn’t work, you can look back knowing you did that. You’ll have no regrets.

That night, as I perused Missed Connections, I found the section of Craigslist very much still in use. The posts ranged from basic, everyday encounters ("Guy in blue shirt in front of me at Chipotle") to heartbreakingly specific ("I walked you home after the party and we had a great conversation. I lost your number. Hoping to find you here.")

A few days later, I got an interesting response: I won’t lie. My hands were shaking when I undid those straps. Can I take you out to coffee?

I decided to woman up, and post a message. I thanked him again for helping me out on the bus. And then I wrote the words I’ve never been able to tell someone in person: I thought you were cute. Feeling uncharacteristically bold, I clicked post. I officially had 45 days to find my bus boy.

I expected no responses, but the first day, I got one: We’re all looking for something on here. Let’s see what happens.

This was the first of a few fishy posts from people who were obviously baiting me. (If you ever decide to post a Missed Connection, my advice is to make a separate email account. Though Craigslist does not disclose your email address in any conversation, the name you use on your email account will come through to the recipient. Make sure your new account isn’t tied to your real identity in any way, in order to stay anonymous. There’s a lot more at play here than when you’re trying to sell your grandma’s old couch.) One responder told me he wasn’t my guy, but claimed he was on the bus and remembered the situation well. I didn’t respond, instead choosing the only logical pastime for a person wrecked by online dating nerves: binge-watching episodes of MTV’s Catfish .

A few days later, I got an interesting response: I won’t lie. My hands were shaking when I undid those straps. Can I take you out to coffee? After the initial jolt of excitement, I realized I owed it to myself (and Catfish's Nev Schulman) to play it safe. If it was really you, I wrote, tell me what I looked like and what colors your shoes were.

I never heard back from the guy claiming it was him, or from the real bus boy, for that matter. But just like my friend said, I don’t regret it, because the best responses were not bait at all — they were completely genuine.

I’m not your guy, one response read, but I sure hope he finds your post! Another wrote, What a nice thing for him to do! I hope you find who you’re looking for. Another person checked in a few days later. Any leads yet? I’m really rooting for this one! I’d stumbled upon a community of people, who, like me, are always pulling for the powers of the universe to come through; who want to believe it’s possible. Who want to believe that sometimes, it really is fair.

The outcome of this story will not mirror the plot of a Nora Ephron movie, but I’m OK with that. By posting the Missed Connection, I did something I would have been too scared to do a few years prior: I went for it. Still, I don't suspect I'll be posting any more Missed Connections. Instead, if I see my bus boy in the future, I’m planning to put myself out there the old-fashioned way: by womaning up and saying hello.