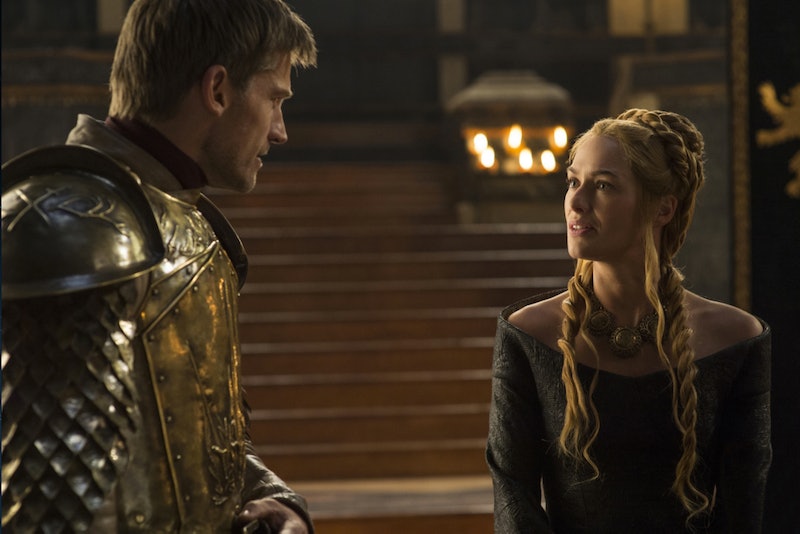 This is probably not a popular thought, but I love the Lannister family from Game of Thrones. The drama of the dysfunctional and incestuous family provide is key to my Game of Thrones experience. Every hero's story needs a dash of evil turned redemptive, and the Lannisters fit that mold. (Well, except for the many Lannisters who have died. Most of them didn't get redemption.) Whether the issue is Jaime struggling with his values, or Tyrion turning against his family to support what he thinks is the greater good, or Cersei becoming incredibly self-aware but probably more evil, those crazy Lannisters are fun to watch.

If it weren't for the Lannisters, we wouldn't even have a story. If Jaime Lannister hadn't pushed Bran out the window, most of the events in GoT would have never happened. The Lannisters aren't the good guys, but they are what the story needed to move on and to be as emotionally stimulating as it is. Where would we be if Joffrey hadn't beheaded Ned Stark or Tyrion hadn't killed Tywin Lannister? We'd probably still be hanging out at Winterfell with the boring Starks, or watching Tyrion get emotionally abused by his family and his child-bride Sansa in King's Landing. Say what you will about Lannisters, but they always pay their debts, and they always make stuff happen.

And, hey, there are nice Lannisters too. They don't tend to last very long, but they totally exist. Joffrey was a little evil, but his siblings Myrcella and Tommen were very sweet — if a little weak. Then, there was that Lannister cousin who was in Stark jail with Jaime and was starstruck, which was sweet. (Though Jaime murdered him to escape, which was not very sweet.) Meanwhile, overall, Tyrion is a pretty cool guy if you don't count the alcoholism, bad jokes, and daddy issues. But it's tough in the Seven Kingdoms, and only the strong, and sometimes a tad morally tainted, survive.

Characters can't be nice and sweet in Westeros, because it's a brutal place. At least the Lannisters mostly value family (mostly) and try to always have each others backs (unless they're shooting each other with crossbows or whatever). Their family obsession is sort of... endearing at times? I mean, as creepy as the incestuous love between the Lannister twins is, their love and loyalty toward each other is admirable in some cases. Protecting one's family is totally something I can get behind.

While sometimes other characters in the show fall a little flat (see the entire Dorne storyline and occasionally the Greyjoys), the Lannisters always hold it down. We hate to love and love to hate them, which makes this dysfunctional family one of the best parts of Game of Thrones. I can't wait to see what hijinks the remaining members of the Lannister family get to in Season 7.