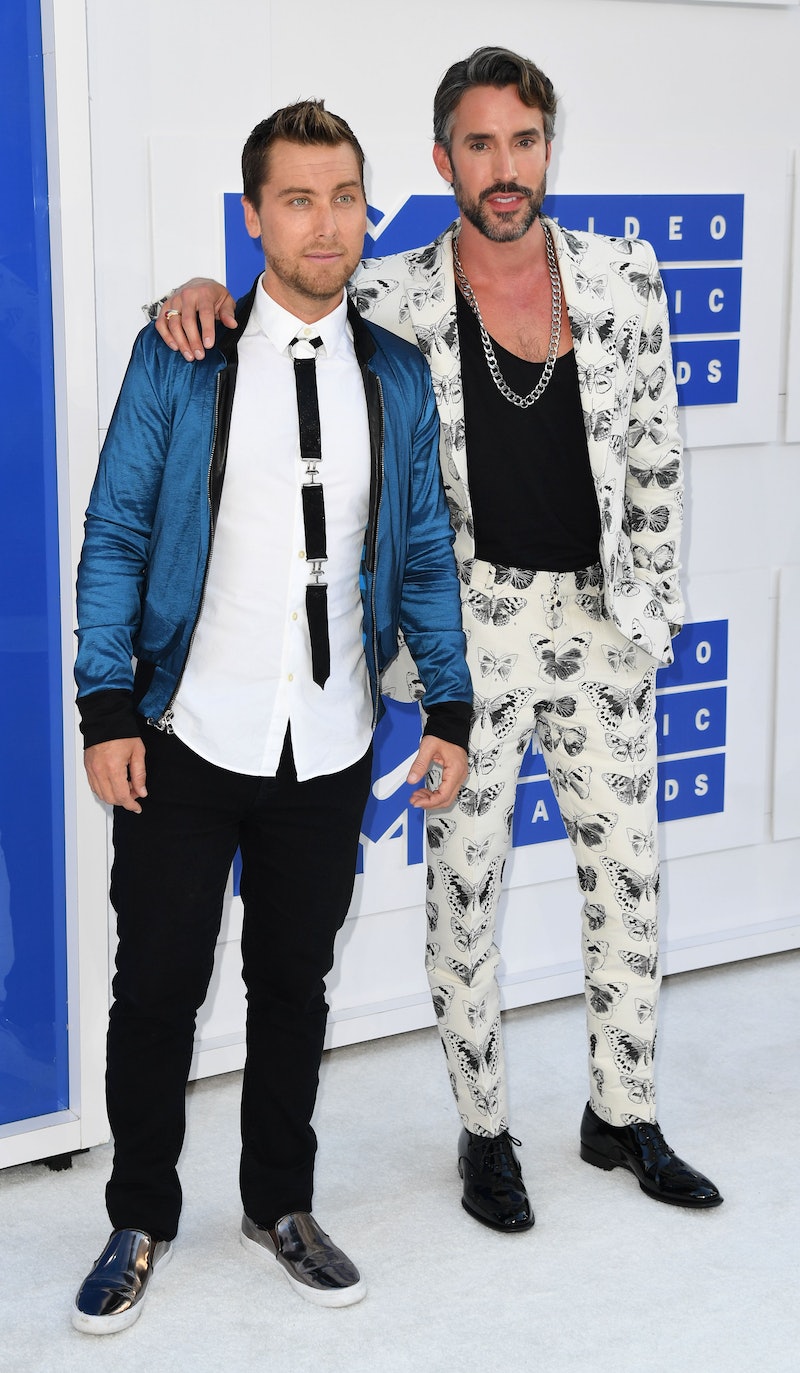 When it comes to reality dating shows, there's really one gold standard by which every other series has to measure itself. That would be ABC's The Bachelor, which has been running for 14 years and 20 seasons — not including its spinoffs The Bachelorette, Bachelor Pad, and Bachelor In Paradise. The concept is simple: a group of contestants vie for the affections of one suitor, with all the attendant drama and catfights and tears that are inherent with such a set-up. Logo's upcoming gay reality dating series Finding Prince Charming looks to replicate many aspects of The Bachelor's winning formula… but it's the ways in which it differs from the ABC series that make the new program interesting. So how will Finding Prince Charming work, exactly?

According to the show's official website, the Logo series "will include 13 charming and gorgeous suitors, all housed together, who compete to win the heart of one of the nation’s most eligible gay heartthrob." So far, so good; that's pretty standard dating series stuff. "The sexy suitors grapple to stand out from the crowd all hoping for a moment of intimate connection, romance and, perhaps, true love." That's where the drama comes in, natch. "One by one, the suitors are eliminated until the heartthrob chooses one ideal man to sweep him off of his feet and commit to an exclusive relationship." And they lived happily ever after!

As similar as that description sounds to the format of The Bachelor, there are already a few key differences. First of all, Logo's suitor Robert Sepulveda will only be starting with 13 contestants; that's less than half that ABC's most recent bachelor, Ben Higgins, started off with last season. (He had a whopping 28 women vying for his attention.)

Additionally, the website's mention of eliminating the suitors "one by one" — aka no mass cullings — means a season of Finding Prince Charming could conceivably last longer than The Bachelor. While a season of the latter lasts for 10 weeks (plus two specials), the Logo series should last for a full 12 weeks, any potential specials notwithstanding. That means even more time to get to know Sepulveda and the contestants and to become even more invested in the outcome.

Then there is Logo's choice of suitor. As Salon pointed out in an article about the upcoming show, The Bachelor and all of its spinoffs have traditionally featured white suitors, the only notable difference being when Latino Bachelor Juan Pablo was cast for Season 18. Logo's selection of Sepulveda, then, is a "marked contrast" to the flagship franchise, according to Salon; not only is he gay (obviously), he's also born in San Juan, Puerto Rico, making him a Latino suitor, coming 18 seasons early on that train in comparison to The Bachelor.

But the differences between the two shows run even deeper than the number of contestants or the amount of episodes or the ethnicity of their suitors. As Lance Bass told ETOnline in an exclusive interview last month, Finding Prince Charming is a "whole different ballgame" from The Bachelor.

What makes the Logo series so different from its predecessor? Hint: it has to do with the fact that the house will be full of gay men rather than straight women. "There's a chance that these suitors might fall in love with each other," Bass teased in the interview. "So there's a whole extra element and this layer of uncertainty. That could happen in this house."

Will it, though? It seems odd that Bass would say something like that unless he knew it was going to happen. And given the fact that the show filmed back in July — well before Bass gave that interview — it's safe to say he's speaking with first-hand knowledge. It certainly sounds like sparks will be flying on Logo's new show. But will they be between Sepulveda and one of the contestants? Or will those sparks be flying between the contestants themselves? Find out when Finding Prince Charming premieres this Thursday at 9:00 p.m. ET.