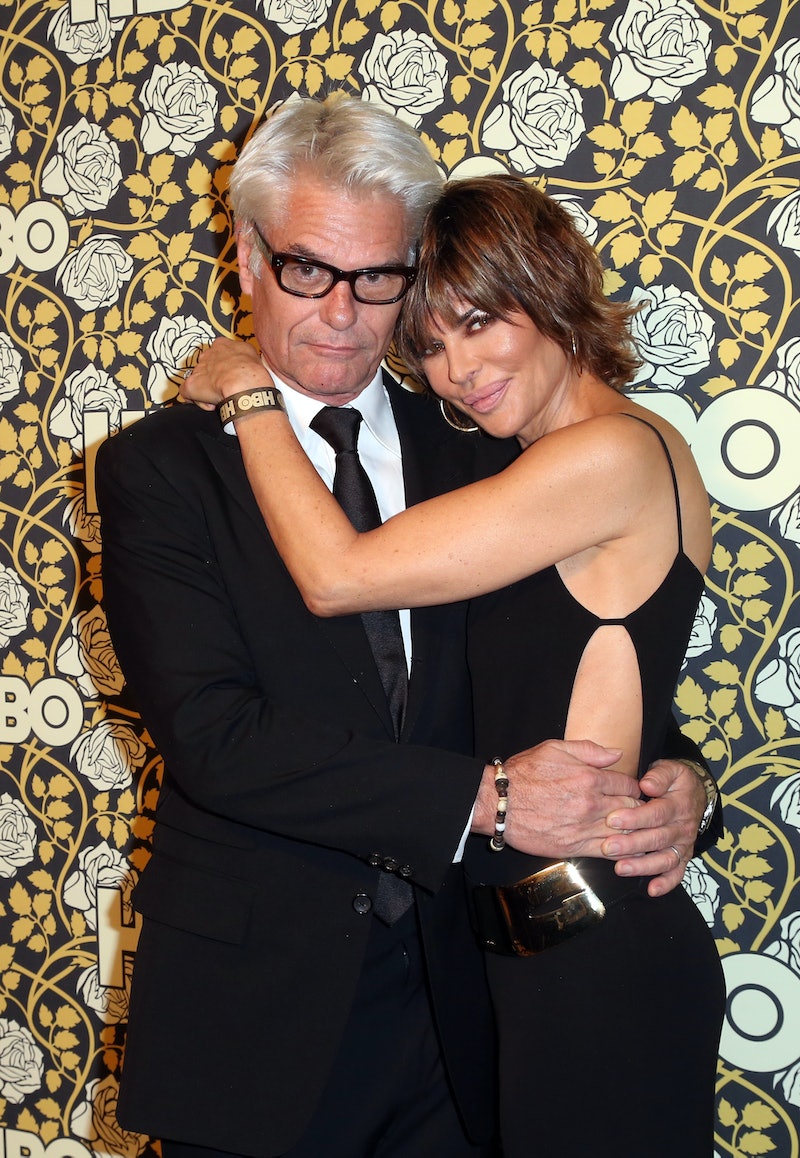 It takes a delicate combination of friends, significant others, and enemies to form a perfect Real Housewives franchise, and The Real Housewives of Beverly Hills has gotten closer than most to achieving that gold standard. I get so used to relationships falling apart on these shows, so it's always a relief to come across one that seems solid, like RHOBH star Lisa Rinna and her husband Harry Hamlin. Hamlin has endeared himself to viewers by simultaneously standing behind his wife while also staying out of the drama, which is indicative of a lot of trust and love, so it makes me curious. How did Lisa Rinna and Harry Hamlin meet? As it turns out, it's one of the more unlikely stories you can imagine.

The couple has been married since 1997, so they're coming up on their 20-year anniversary. They have two daughters, Delilah and Amelia, born in 1998 and 2001, respectively. And although they've worked together several times since, on projects like Veronica Mars, the two actors surprisingly didn't cross paths on a set. In fact, theirs was much more of a chance meeting, as Hamlin shared with Andy Cohen on a February 2016 episode of Watch What Happens Live :

Lisa was working in an eyeglass store in 1992, and she was closing up one night and I was having dinner with the owner of the store. She came in to give him the keys and that’s how we first actually met and talked.

How crazy is that? Just one thing could've gone wrong that night, and Rinna and Hamlin would've been like ships in the night. If someone else had been working, or if Rinna had kept the keys to open again in the morning, or if her boss had been having dinner with someone else, this couple might never have run into each other. History would have gone an entirely different way.

But, luckily, everything fell into place, and two decades down the line, Lisa Rinna and Harry Hamlin somehow seem stronger than ever. Although their split is often rumored, and we're supposed to worry they're on thin ice, they always seem to come through the storm even more dedicated to one another. Rinna in particular is fiercely loyal.

Here's to many more years of these two together as a couple, and many more seasons of their lovely relationship on display on Real Housewives of Beverly Hills.