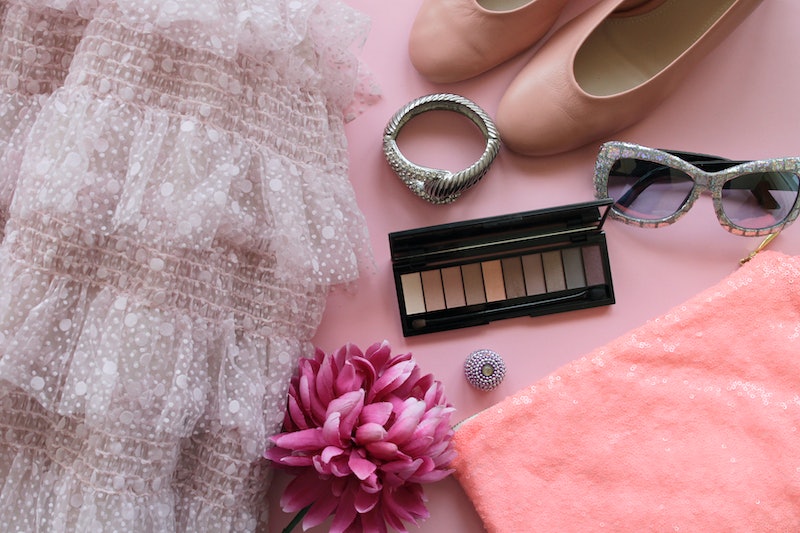 Because we see people performing gender roles around us every day, these roles can come to seem almost natural or innate. But gender is a performance — and indeed, there are lots of little ways we're expected to perform femininity and masculinity on a daily basis. These behaviors aren't harmful in of themselves, but the expectations that pressure people to exhibit them are.

When I say that gender is a performance, I don't mean that it's entirely made up or nobody feels an affinity for any gender role. What I mean is that the system of gender our society employs — in which there are two genders and specific sets of qualities associated with each — is actively kept up through narrow prescriptions for how people "should" act. People learn these roles from their parents, the media, their peers, and a variety of sources. It's hard to pinpoint these sources because there are so many, but the ultimate effect is that our own behavior upholds this system of binary gender.

This is not to say, however, that we are to blame for the way we perform gender roles. People face real penalties for going against them. Rather than just telling people to defy gender roles, we need to create an environment that's more accepting of non-conformity— one that gives people to perform and present however they like, rather than limiting our choices based on arbitrary criteria.

Here are some ways that women and feminine-presenting people in particular feel pressure to perform femininity every day. Cumulatively, they result in the expenditure of a lot of physical, mental, and emotional energy, and that ends up holding us back.

"I don't know much about this, but here's my opinion." "I'm sorry, but I don't have time to do that." "Do you mind my asking how much you pay?" We're taught to use all kinds of qualifiers when asserting our boundaries or advocating for ourselves because we're "supposed" to put others' desires before our own. This behavior also stems from the assumption that women are less competent, which often leads women to have lower confidence than men.

2. Paying Attention To Our Looks

There's nothing wrong with paying attention to your looks, but when we feel like we're required to do so, that's often a result of gender roles. It's socially acceptable, at least in the United States, for men to go out in public without paying any attention to their clothes, hair, or makeup. But while women can do this, they're still penalized if they do. One study in the Journal of Social Stratification and Mobility found that women who don't wear makeup actually make less money, for example.

Emotional care-taking means looking out for the feelings of people whose well being is ultimately not our responsibility. Women and feminine-presenting people are especially prone to this because we're considered natural care-takers, so people tend to look to us when such a task needs to be done. The problem with this is that it drains our energy and reflects an entitlement to free labor from us that's not typically expected from men. It gets especially problematic when we're expected to care-take for members of privileged groups by avoiding coming off too angry in discussions about our oppression.

Gender roles are ingrained in the way we stand, sit, and gesture. Many people have observed that men sit with their legs more spread out and use arm rests on planes, while women are expected to contain themselves, which ties into the larger expectation that they must be unimposing. Women, on the other hand, nod more in their conversations, which can be done to accommodate the other person, according to a study in Psychology of Women Quarterly. This also reflects the presumption that men have the right to exist while women exist solely for other people.

While men might be assumed to like sports or cars, women and others read as women are assumed to like kids, shopping, and other "feminine" things. Of course, there's nothing wrong with liking any of that stuff no matter how you identify, but it doesn't feel good for people to make assumptions about you rather than seeing you for who you are — which is exactly what we do when we hold gendered expectations.

More like this
Playing In Wimbledon Whites While On Your Period “Isn’t Easy," Says Alicia Barnett
By Rachel Mantock
Why You're Seeing Green Bandanas At Abortion Rights Protests
By Lexi Inks
5 Ways To Stand In Solidarity With Women In America From The UK
By Sophie McEvoy
How To Fight For Reproductive Rights, Based On How Much Time You Have
By Courtney Young
Get Even More From Bustle — Sign Up For The Newsletter