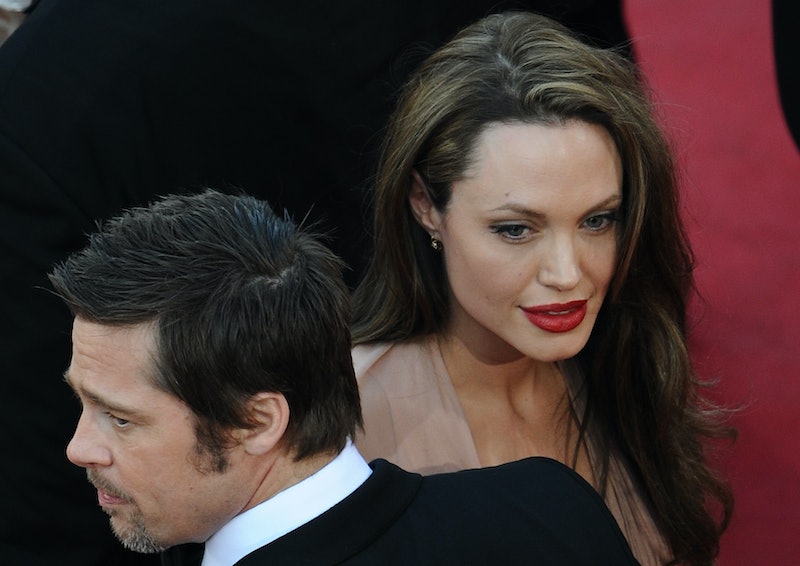 The moment we never thought would happen has now finally happened: Everyone's favorite power couple Angelina Jolie and Brad Pitt are getting divorced, bringing an end to their 12-year-long relationship. The depressing news of their breakup basically broke the Internet, and for a couple of hours there was nothing but Jennifer Aniston reaction memes and tearful GIFs flying all over Twitter like playing cards.

Besides the fact that we can no longer ship their couple name, the unexpected nature of Pitt and Jolie's split has everyone freaking out about what this means for long-term relationships. After all, Brangelina have been an item since their Mr. and Mrs. Smith days in 2004 and they finally got hitched two years ago (although it honestly feels like they've been married a lot longer). Their sweet couple interviews have always been relationship goals, and now we're left wondering, "What the heck happened?" I mean, if Brangelina can't do it, nobody can, right?

Well, here's the thing. Yes, Pitt and Jolie are high-profile celebrities, but they're also — surprise! — human and their relationship functions just like any other. And the reality is that long-term relationships evolve and go through different stages over time. Unfortunately, sometimes that means it comes to an end. Besides Jolie's citation of irreconcilable differences and the rumors circling around about the why and how, it's impossible to know the full story and what their marriage day to day was really like. The breakup of a long-term relationship doesn't usually happen overnight.

Jolie reportedly filed for physical custody of her and Pitt's six children, and one of the alleged reasons for their divorce is parenting issues, reports TMZ. Kids are a big investment for a relationship in terms of time and energy, and having one, big happy family is harder than it sounds. However secure a relationship may seem on the outside, there can be a lot brewing behind the scenes that we just don't know about, according to relationship coach Anita Chlipala. While every couple will have conflict and differences to work through, what matters is whether they can respectfully compromise in a way that honors what's important to both parties.

"The root of it could be that Angelina and Brad are two different people with two different philosophies and weren't able to negotiate that in a way where they could raise their kids in the healthiest environment," Chlipala tells Bustle.

Also, sometimes long-term couples take for granted the notion that their partner is always going to be there and then they don't prioritize their relationship, she says. That can lead to some distance from each other and major communication problems, especially if they have empty beliefs of "Oh, we'll figure it out" but never talk about how to do so.

"Part of it might be because they haven't spoken up for what they needed so they don't give their partners the opportunity to meet their needs to increase that satisfaction in the relationship," she says. "Are they just growing resentful and thinking, 'That's it. I've had enough'? So have those conversations. Some people just don't. They avoid conflict or they minimize it and then they think divorce is the answer." And then, if a long-term couple does take the time to truly hash out what the problems are and if the truth is that they can't figure out a way to make changes that will keep both of them happy, then it is a deal-breaker, she says.

As for the rest of us who are feeling shocked by the news, Chlipala says don't be. Jolie and Pitt may have looked happy in the media in the past, but you don't think they'd flaunt their relationship problems in public, do you? People rarely highlight their bad experiences on Facebook. And celebrity couples may even have additional stressors that put a strain on their relationship, whether it's privacy issues or pressure from the outside world to act a certain way. Whatever the case may be, the Jolie-Pitt split is just a very public example of a long-term relationship that simply didn't work out.