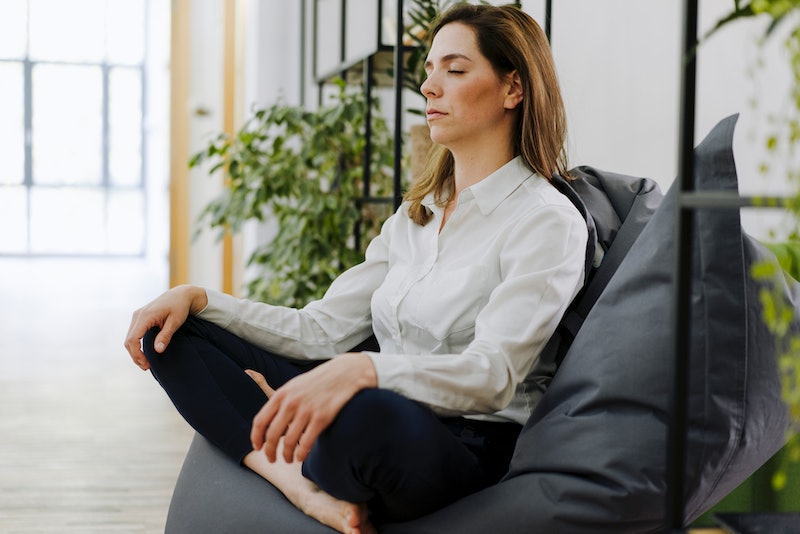 What I learned while conducting my research is that trying to connect with ghosts (if you believe in or are open to their existence) is a delicate matter. The last thing you want to do is summon some raging monster of a spirit who does terrible things to you like scare you at night or leave the toilet paper roll empty. Many sources I consulted suggested that to be as safe as possible, you should never try to connect with ghosts without an experienced medium (or other kind of expert) present.

Full disclosure: I have not tried any of these methods myself. The last time I attempted to communicate with the dead was when I tried the old Bloody Mary urban legend, got scared halfway through, and started crying. That being said, if you find the thought of connecting with the afterlife exhilarating, here are 10 methods to try.

This method is probably the most obvious. Ouija boards have numbers, letters, and words; when a person gently places their hands on the planchette and asks a question, the spirit will supposedly guide the person's hands to answer the question with a word, or by spelling it out with the letters.

If you find yourself in possession of a planchette but not ouija board, you can still try to summon a spirit. While you might be most familiar with the type of planchette that has a little window on the top, allowing you to see the letters and numbers on a Ouija board beneath, some types of planchettes can also hold pencils. Put he planchette with its pencil on a piece of paper, and the spirit will (allegedly) guide the device around the page and write a message to you.

The best explanation I've heard of meditation is that it's a state of thoughtless awareness. In my experience, it's a feeling of emptying your brain, but still being aware that you've emptied your brain — which sounds contradictory, I know. When you're in a meditative state, your subconscious is more open and vulnerable. This makes for a great environment to do something your conscious might not let you do otherwise (i.e. talking to ghosts).

For hundreds of years (if not longer), many have believed that mirrors are portals to other dimensions. Most commonly, people have reported seeing entities or full apparitions when using mirrors to communicate with the dead. Mirrors are also sometimes used in conjunction with Ouija boards and scrying.

The word scrying comes from the Old English descry , meaning "to reveal." It typically involves a shiny object like a crystal ball, although other objects can be used as a medium. The medium serves as a place to focus your attention, helping you to remove unwanted thoughts. You stare at the shiny surface until a vision appears. It's one of the oldest forms of divination, dating back as early as 3000 BC in China.

I've read of several ways to use a pendulum in order to communicate with spirits. While holding a pendulum steady, you can ask a yes or no question or make a statement. Depending on the spirit's answer, the pendulum will move a certain way (in a circle or elliptical, forward and back, side to side, or it can bob up and down).

With a group of people, sit in a circle with a Ouija board, planchette, pendulum, etc. in the middle, asking questions or making statements as you normally would with these objects. If you don't have an object to use, you can ask the spirit to knock or make another noise. It's best to do this in a calm, quiet room, free from distractions.

You might also know this as table-tapping, table-tipping, or table-tilting. The process is not unlike the way you use a Ouija board: People sit around a table with their hands resting flat on it. Slowly, you recite the alphabet; and when a spirit needs to use a letter, they'll respond by moving the table. They repeat this process to spell out their responses.

9. Using A Digital Recorder For EVP

Although you can use any audio recording device to capture EVP (electronic voice phenomena), many experts prefer digital voice recorders. While the human ear might not be able to capture a communicating spirit, a recording device might. Let it run, ask questions, and play it back to see if you received an answer.

Automatic writing can be done either by hand or on a computer/device, and it offers a much less intimidating/scary option for communicating with ghosts. You must put yourself into an almost meditative state. Upon doing so, you'll be able to start freely writing; but it's not coming from your consciousness — meaning you're unaware of it. Instead, it could be coming from your subconscious, your higher power/spirit guide, or a ghost!